President Donald Trump is set to send at least 2,000 fewer troops to the United States-Mexico border than former President George W. Bush did in 2006.

Trump announced to the media last week that anywhere between 2,000 to 4,000 National Guard troops will be deployed to the southern border to aid Border Patrol agents with logistics and operation management.

The up to 4,000 troops will not be allowed to act as temporary Border Patrol agents, catching and detaining illegal aliens, but will be authorized to help build sections of border barriers and shore up Border Patrol agents to allow them to better monitor the border. 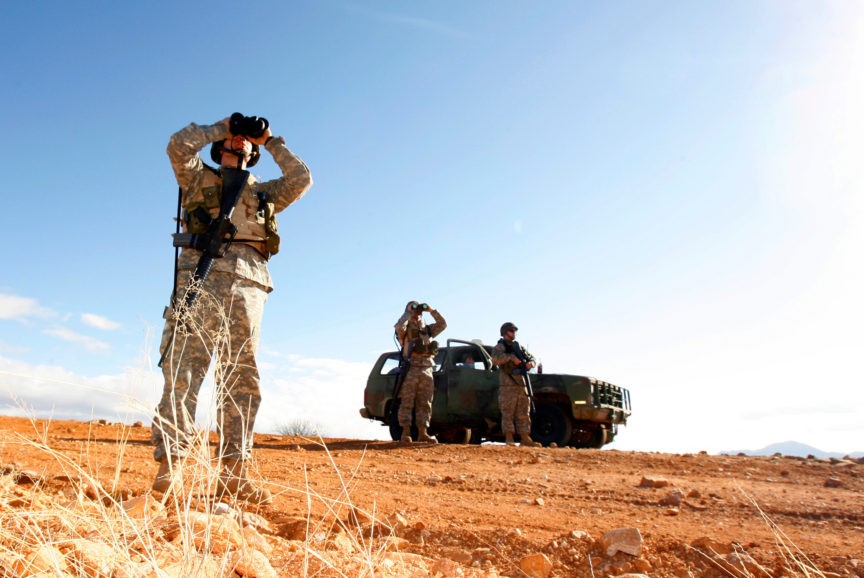 In this Friday, Jan. 19, 2007 file photo, a National Guard unit patrols the Arizona-Mexico border in Sasabe, Ariz. On Friday, April 6, 2018, Arizona and Texas announced that they were preparing to deploy National Guard members to the U.S.-Mexico border in response to President Donald Trump’s call for more border security. From 2006 to 2008, the Guard fixed vehicles, maintained roads, repaired fences and performed ground surveillance. Its second mission in 2010 and 2011 involved more aerial surveillance and intelligence work. (AP Photo/Ross D. Franklin, file)

So far, the lack of a border wall — Trump’s single most prominent campaign promise — has resulted in an illegal immigration crisis at the U.S.-Mexico border, similar to that of the 2014 border crisis under former President Barack Obama.

Last month, the Trump administration saw a more than 200 percent increase in illegal immigration when comparing March 2017 to March 2018. Trump was warned this month by allies that his base of supporters is increasingly fed up with a lack progress on ending illegal immigration.