A traveling memorial to people who have died of an opioid overdose will be in Washington, DC, April 12-18 at the Ellipse in President’s Park.

The simple yet stunning memorial features 22,000 white pills carved with the faces of the victims and mounted on black walls: 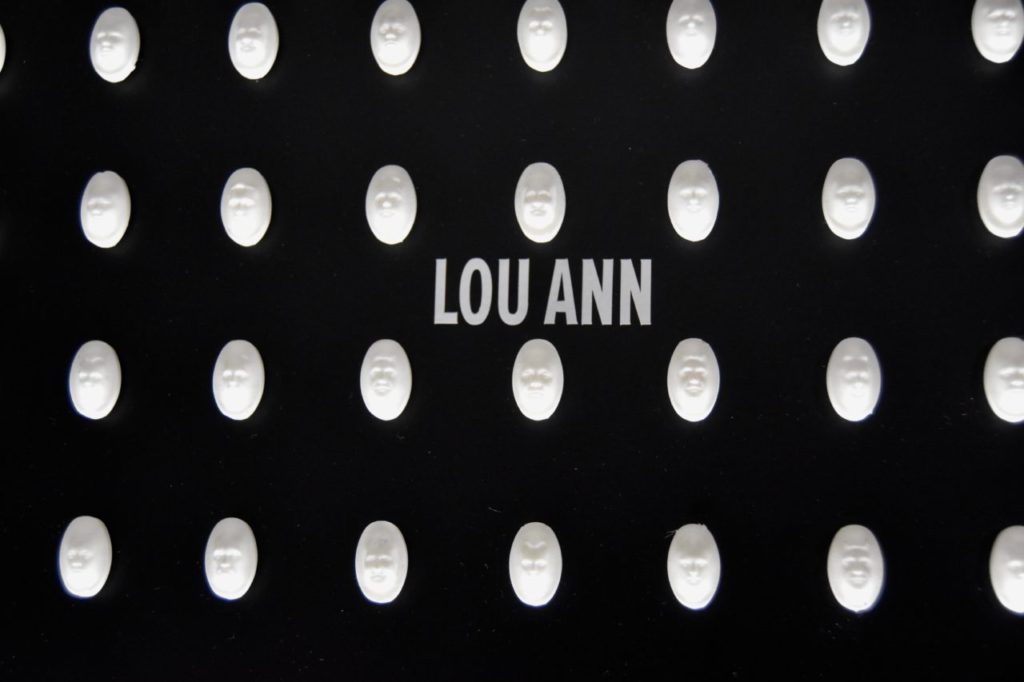 Each of the 22,000 pills in the memorial has the face of someone who died from an opioid overdose (Penny Starr/Breitbart News).

“With this memorial, we are putting a face on the opioid exhibit,” Deborah A.P. Hersman, president, and CEO of the National Safety Council said at the media preview of the exhibit on Wednesday.

The non-profit, nongovernmental council partnered with the Executive Office of the President, the Department of the Interior, and the National Park Service to bring “Prescribed to Death: A Memorial to the Victims of the Opioid Crisis” to the nation’s capital, the third stop since its launch in November last year in Chicago, with a stop in January in Pittsburg.

Kellyanne Conway, counselor to President Donald Trump, was also at the unveiling. Conway has taken the lead on the White House strategy on fighting the opioid crisis, which killed 42,000 Americans in 2016 alone.

“The decision to bring the memorial to Washington is part of President Trump and first lady Melania Trump’s efforts to raise awareness about the crisis and to make us each part of the solution,” Conway said.

Department of Interior Secretary Ryan Zinke was also at the preview, where he emphasized how the epidemic has disproportionally affected the Native American community and how his department is working to address that: 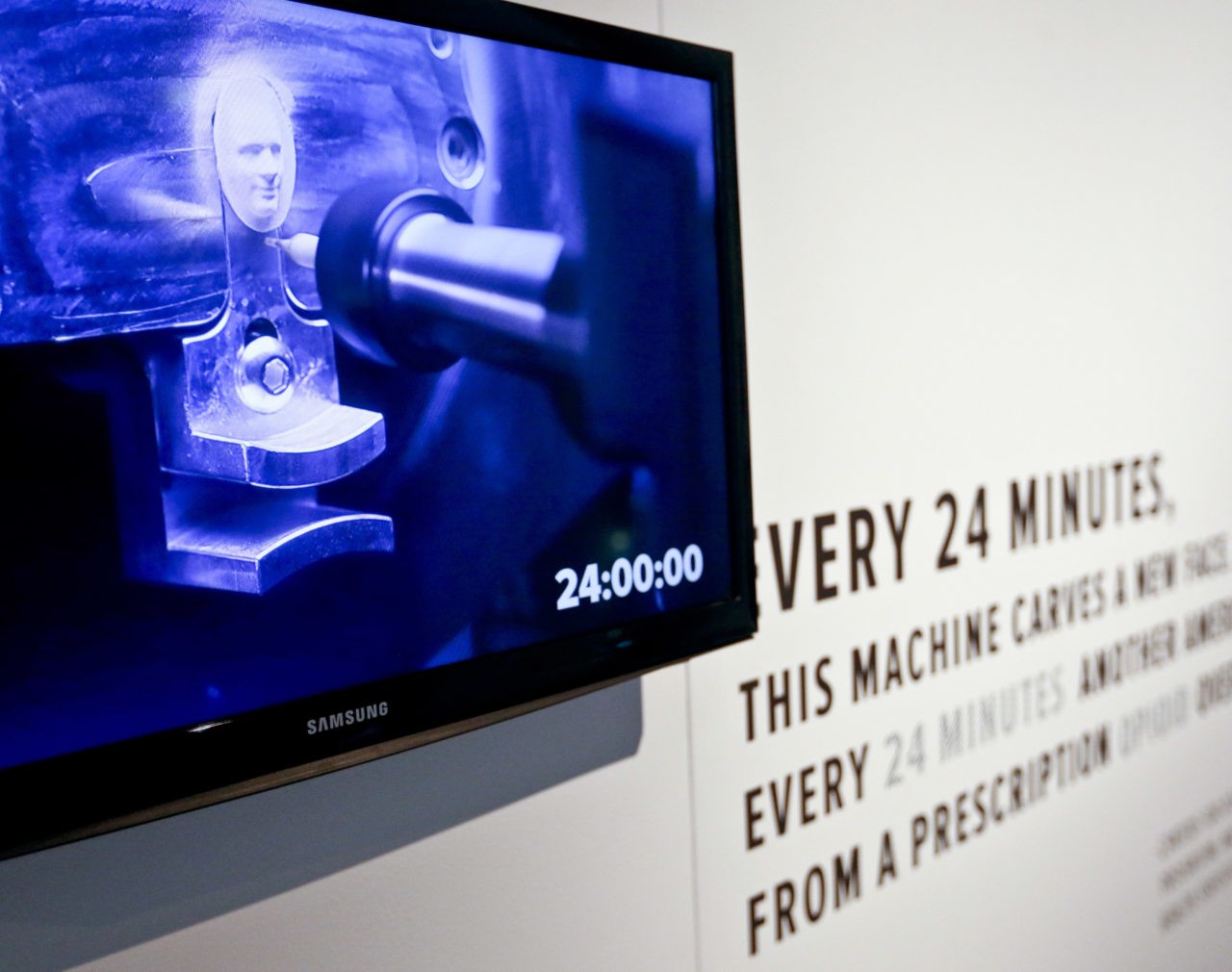 A video screen shows visitors to a memorial by the National Safety Council how the faces of people who died from opioid overdoses were carved into pills., The exhibit features a wall with 22,000 carved medicine pills, each representing the face of someone who fatally overdosed, was launched in Chicago in November, 2017 (AP/Keith Srakocic).

Zinke said when he announced the memorial’s visit last month that aside from raising awareness about the opioid epidemic it also should serve as notice to Congress that solving the problem is a bi-partisan proposition.

“‘The Prescribed to Death’ exhibit brings the very real tragedy experienced by countless American families to Washington, DC where it can send a strong message to lawmakers that we absolutely must work together to stop the opioid epidemic,” Zinke said. “The Department of the Interior is committed to fighting this battle alongside the president through education and awareness, proper treatment, effective enforcement, and community-based support.”

Alex Azar, Health and Human Services secretary, also spoke about his commitment to helping the president fight this “war on addiction.”

The speaker who put a living face on the crisis, however, was Missy Owen, whose son died from a heroin overdose in 2014.

Owen said every 17 days the same number of people who died on September 11, 2001, die from an opioid overdose. Owen shared with reporters the many cords Davis wore with his cap and gown when he graduated from high school as student body president, an honor student and for his community service: 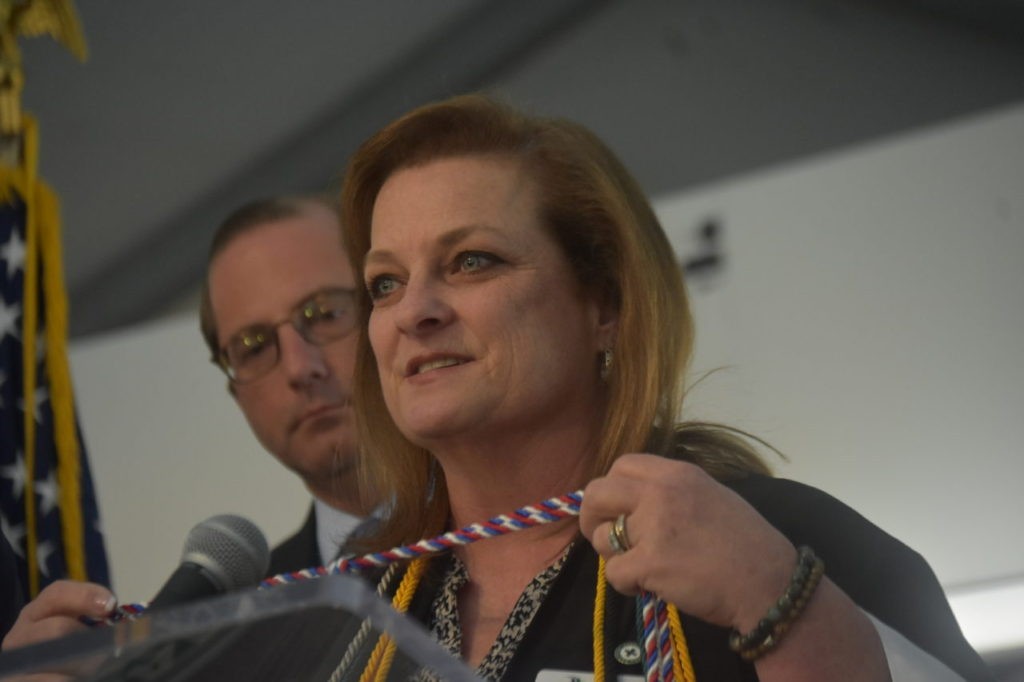 Missy Owen, who lost her son to an opioid overdose in 2014, holds the cords her son wore when he graduated from high school a year before he died (Penny Starr/Breitbart News).

Owen founded the Davis Direction Foundation to honor her son and is opening a facility to help addicts through their recovery — a resource she said is needed to make that recovery a success.

Aside from the memorial itself, resources will be available to help visitors safely dispose of unused pills, and warning labels that can facilitate discussions with prescribers about alternatives to opioids will be distributed: 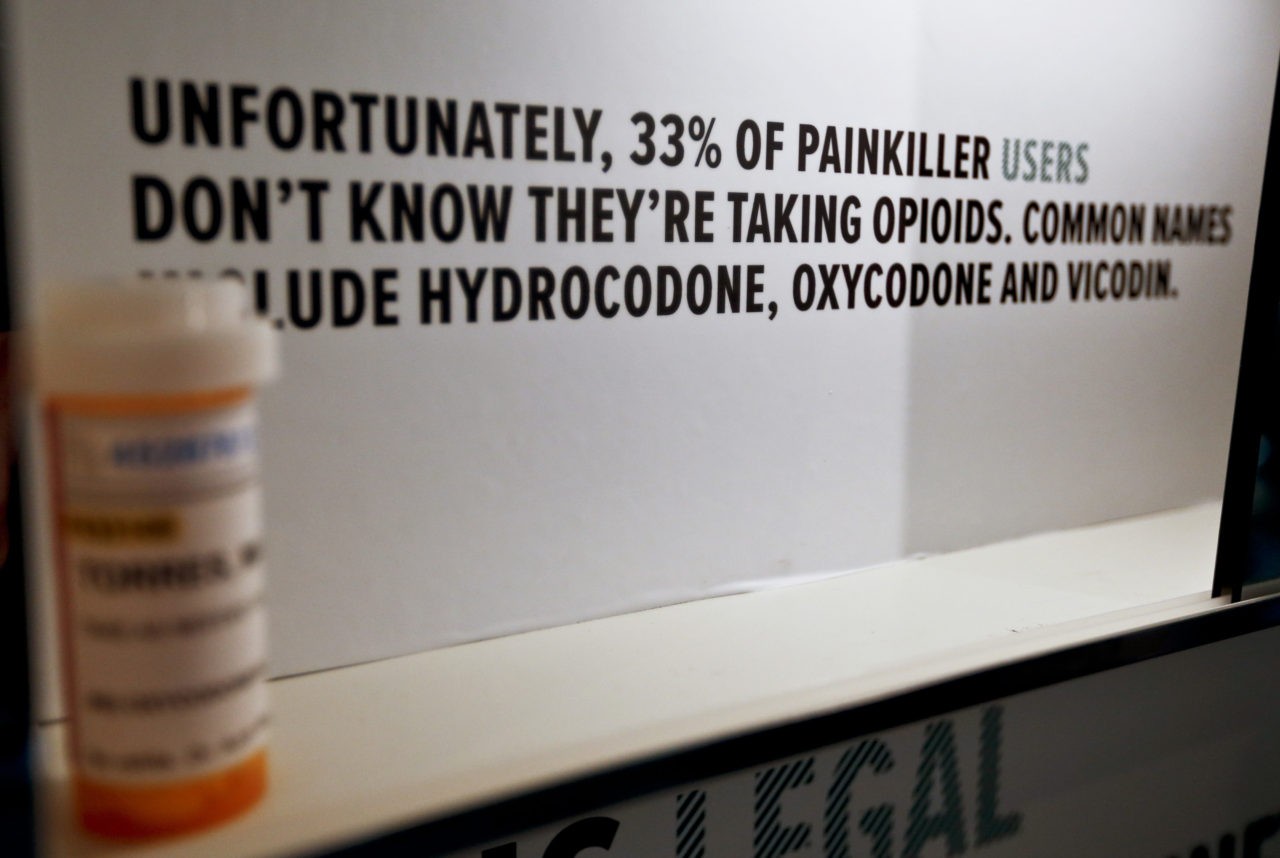 A display representing a medicine cabinet informs visitors to a memorial by the National Safety Council with data about opioids. The exhibit also features a wall with 22,000 carved medicine pills, each representing the face of someone who fatally overdosed (AP/Keith Srakocic).

A Chicago-based waste disposal company is providing pre-paid envelopes to allow people to get rid of any opioids that might be languishing in their medicine cabinet — a supply that often gets in the wrong hands with tragic results, according to the National Safety Council.

There is also an online virtual exhibit with images of the pill carvings, photos, and stories about overdose victims.

Some staggering statistics compiled for the council’s “Prescription Nation 2018” include: