An even larger majority — 75 percent — see North Korea’s nuclear weapons program as a “major threat,” according to the Pew Research Center poll conducted in October. 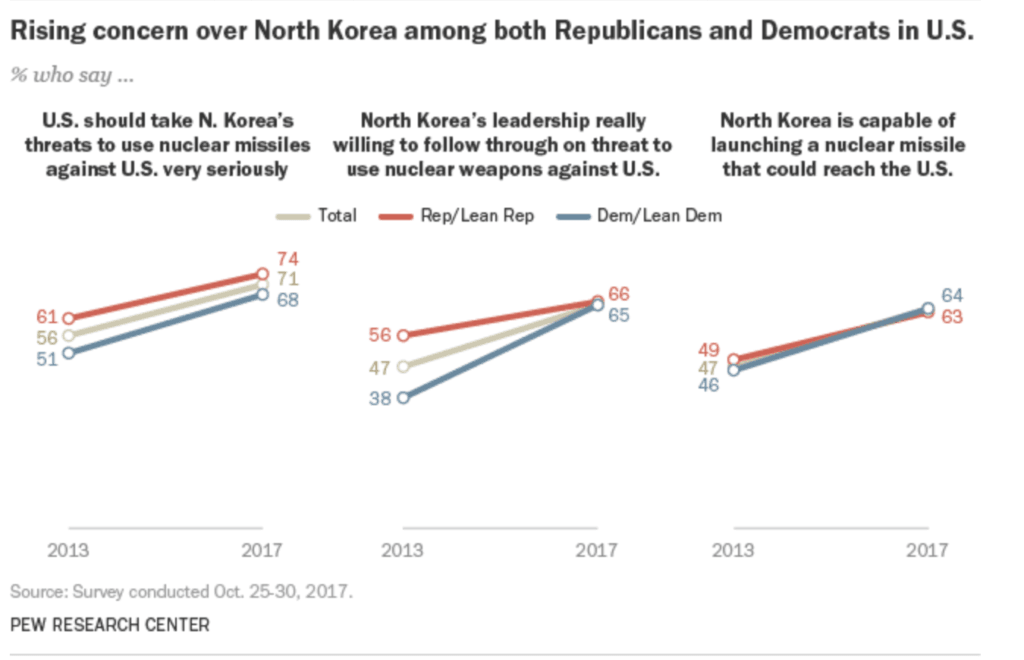 This share is as high as at any point since 2005. Around seven-in-ten Americans (71%) said the U.S. should take North Korea’s nuclear threats “very seriously.” Majorities also said North Korea is capable of launching a nuclear missile that could reach the U.S. (64%) and believed that the country’s leadership is really willing to follow through on threats to use nuclear weapons against the U.S. (65%).

Concerns have increased for both Republicans and Democrats on these questions since 2013, Pew reported. 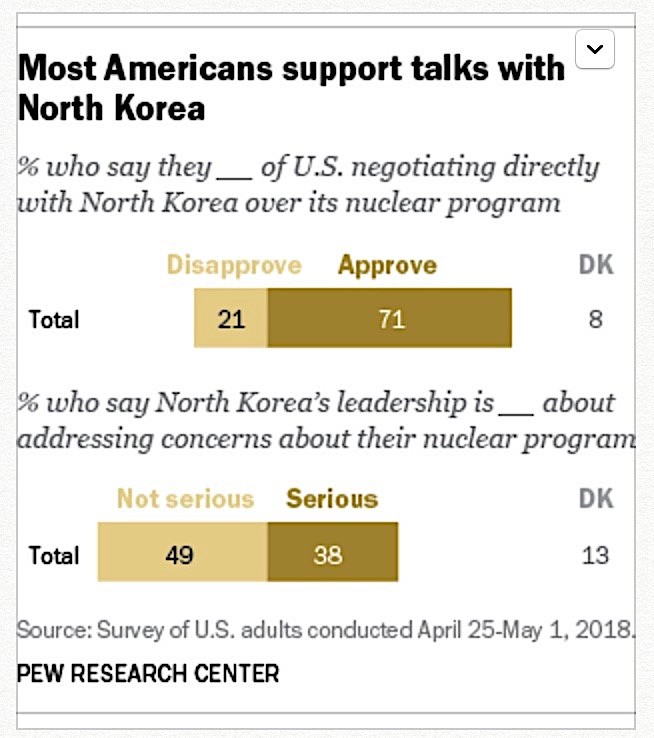 The Pew poll, conducted in late April and early May, also reveals it is Kim, not Trump, Americans don’t trust – even if the research group casts doubt in its report on the meeting between the two leaders having a successful outcome.

While a majority of Americans support sanctions, most also support military intervention to protect allies. Nearly 64 percent of Americans said the U.S. should use military force to defend its Asian allies if they are facing a military conflict with North Korea.