Every now and then, the leaders of the U.S. diplomatic apparatus actually do something that is in the interest of the U.S.  The recent withdrawal of the U.S. from the United Nations Human Rights Council is a case in point.

On June 18, the U.N.’s High Commissioner for Human Rights, Zeid Ra’ad Al Hussein, blasted the U.S. for “government-sanctioned child abuse” on the U.S.-Mexico border.  The very next day, June 19, President Trump’s appointee as ambassador to the U.N., Nikki Haley, announced that the U.S. would be leaving the Council.  As Haley put it, pointing to that and many earlier incidents, the Council had become “a cesspool of political bias.”

And Haley was immediately backed up by Secretary of State Mike Pompeo:

The Human Rights Council has become an exercise in shameless hypocrisy, with many of the world’s worst human-rights abuses going ignored and some of the world’s most serious offenders sitting on the council itself.  The only thing worse than a council that does almost nothing to protect human rights is a council that covers for human-rights abuses—and is therefore an obstacle to progress and an impediment to change.

The Human Rights Cesspool—oops, make that Council—has an interesting history.  Interesting, that is, if one is a student of bureaucratic shell games.  The Council was established in 2006, although, in fact, its origins go back much further.  You see, a U.N. Human Rights Commission was begun in 1946, and yet that Commission was soon preoccupied, even obsessed, with criticism of—you guessed it—Israel.

Not surprisingly, the Commission came under fire, specifically, from the George W. Bush administration.  In response, the U.N. engaged in some striped-pants  damage control, which was really just shapeshifting: In 2006, it abolished the Human Rights Commission and immediately replaced it with . . . a Human Rights Council.  Fans of the musical Guys and Dolls might recognize such trickery as the globalist equivalent of the show’s “permanent floating crap game.”   To its credit, the Bush 43 administration saw through the ruse and stayed aloof from the new Council; however, in 2009, the Obama administration eagerly joined.

Needless to say, the new Human Rights Council is no different from its similarly named  bureaucratic predecessor.  That is, the Council is focused on everything but human rights.  And that only makes sense when one considers the roster of 47 countries on the Council, including such paragons of non-human rights as China, Cuba, Saudi Arabia, and Venezuela.  In other words, and no surprise here, today’s Council is pretty much the same bunch of America-bashing hypocrites as yesterday’s Commission.

And oh yes, the Council is still all about Israel-bashing, too.  That’s why Israeli Prime Minister Benjamin Netanyahu celebrated the American withdrawal in a tweet.

Israel thanks President Trump, Secretary Pompeo and Ambassador Haley for their courageous decision against the hypocrisy and the lies of the so-called UN Human Rights Council.

So yes, the Trump administration definitely did the right thing.  And yet the figures  involved in the exit deserve great credit, because, as the British are discovering with Brexit, international organizations are a bit like roach motels—they are easier to get into than to get out of.

Indeed, criticism of the U.S. exit is already pouring in.  One of the well-placed critics is Kenneth Roth, executive director of the George Soros-funded group Human Rights Watch; Roth chastised the Trump administration for “a sadly one-dimensional human rights policy.”  And we can be sure that behind the scenes, Roth and other globalcrats are actively working with the usual Deep State suspects to get the U.S. back into the Council, even if they have to wait till the next Democratic president.

Meanwhile, the latest news is that the Russians want to join the Council.  We can instantly see: If a country such as Russia wants to join the Human Right Council, then it’s not about human rights.

Who Are These People?

As they say about government organizations, people are policy.  That is, the formal description of an entity, and its purposes, means a lot less than the identity of the people who work there—and what they actually do.

So we might take a closer look at the head of the Human Rights Council, the grandly titled High Commissioner, Zeid Ra’ad Al Hussein.  He’s a member of the royal family of Jordan, a country whose own human rights record is best described as bleak.  And yet rather than worrying about human rights in his country, Al Hussein has been climbing the greasy pole of the U.N. world-ocracy. 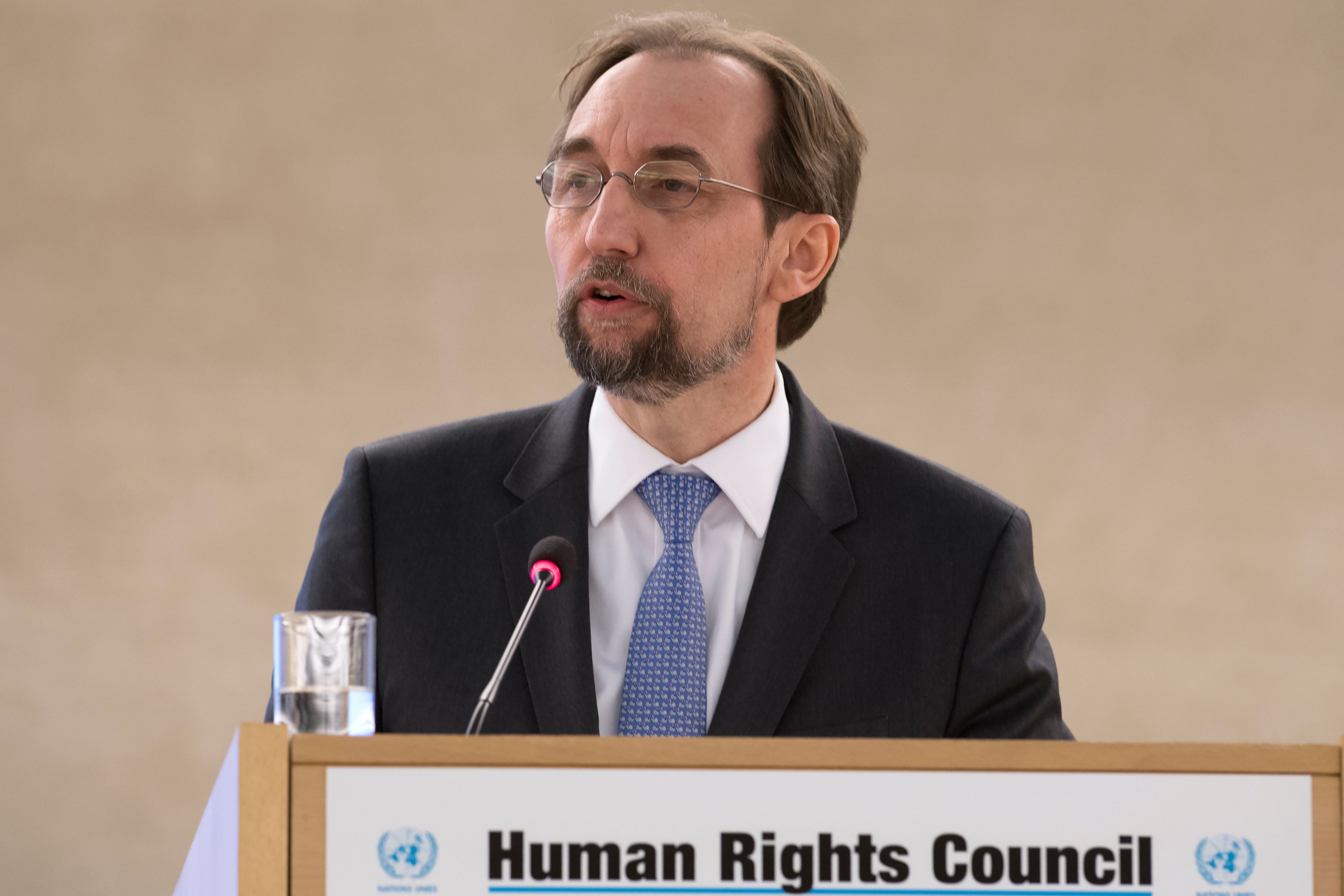 Of course, the best way to move up in the U.N. system is by espousing politically correct views.  And so, beginning in 2014, when he rose to the high of High Commissioner, Al Hussein took it upon himself to define populist nationalism as a threat to human rights.

Back in 2016, PJ Media noted that Al Hussein was using his U.N. perch to blast just about every prominent figure on the worldwide populist-nationalist right, including France’s Marine LePen, Holland’s Geert Wilders, Britain’s Nigel Farage, Hungary’s Viktor Orbán, and, of course, America’s Donald Trump.  As Trump might say, nice.

Indeed, Al Hussein even went so far as to directly compare the populists to ISIS:

In its mode of communication, its use of half-truths and oversimplification, the propaganda of Da’esh [ISIS] uses tactics similar to those of the populists.

Thus we can see how Al Hussein sees the world from the window of his penthouse, or his chartered jet: When the masses dare to speak up for themselves, enlightened leaders like him must smack them down, even going so far as to slime them as the equivalent of terrorists.

The World We Lost—and What Needs to Be Created

It might seem hard to believe, now, but once upon a time, the United Nations was a favored tool of U.S. diplomacy.

As President Harry Truman said to the first conference of the United Nations on April 25, 1945, even as World War Two was still raging, “You members of this Conference are to be the architects of the better world.  In your hands rests our future.”  With those words, Truman wasn’t just sounding high-minded; he had specific missions in mind.  In fact, the hard-nosed hope of the Truman administration that the U.N., and particularly the U.N. Security Council—stacked as it was with American allies such as Britain and France—would act to maintain peaceful order in the world. 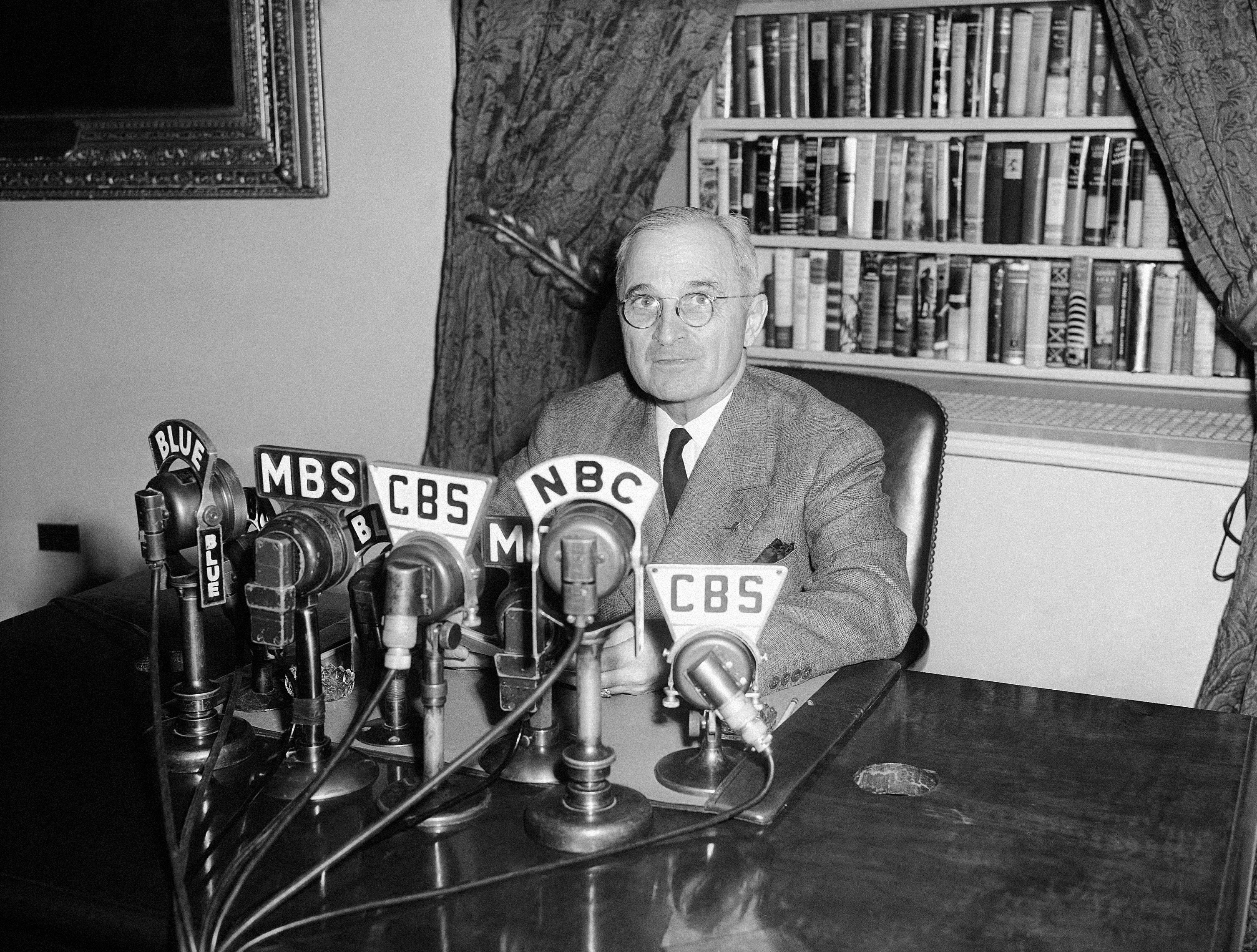 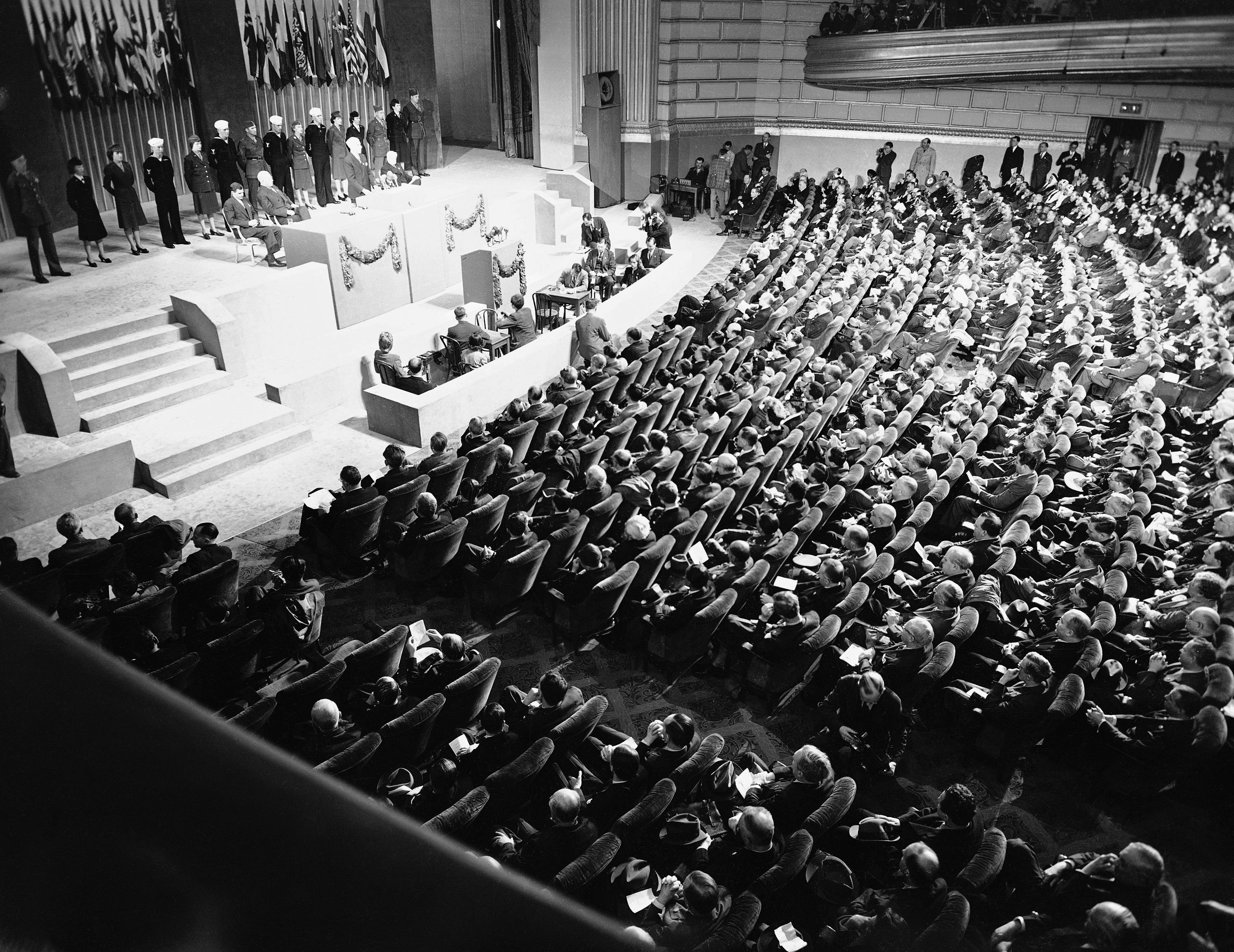 Indeed, just five years after Truman’s speech, in 1950, the U.S. used the Security Council to enact a resolution in support of its intervention in the defense of South Korea.  And in the wake of that resolution, the U.S. was joined by the armed forces of 14 other countries, along with medical and other kinds of help from many more nations.  Admittedly, most of that participation was symbolic, and yet still, it mattered, optically, that it was the United Nations, not just the United States, that was opposing North Korean (and later Red Chinese) aggression.  In other words, for a while, the U.N. seemed like a pretty good idea.

Alas, times change.  Today, the events of the Korean War, 1950-1953, seem, well, long ago and far away.  And the same must be said for the utility of the United Nations.  Today, the U.N. General Assembly, all 193 members, is, to borrow a phrase, a cesspool of anti-Americanism.  And the U.N. Security Council is typically paralyzed, as China and/or Russia typically veto anything that the U.S. wishes to do.

So we can ask: Will the U.N ever get better?  Could it ever return to its good old days?   Virgil has learned never to say never, but it seems a better bet to look to new political structures, along with new strategic goals.

And in that build-better-things vein, did you hear about President Trump’s recent declaration that the U.S would create a new military space force?  Building up our strategic muscle in space has nothing to do with the U.N., of course, but as we know, times are different now; what seemed like a good idea in 1945 isn’t so good—actually, mostly bad—in 2018.   And Virgil suspects that President Truman, were he still with us today, would heartily agree.