The organizers of the Women’s March, founded in January 2017 to protest Donald Trump’s election, held another event on Thursday in the nation’s capital, this time demanding an end to border security and the detention of individuals who break the law by entering the United States illegally. 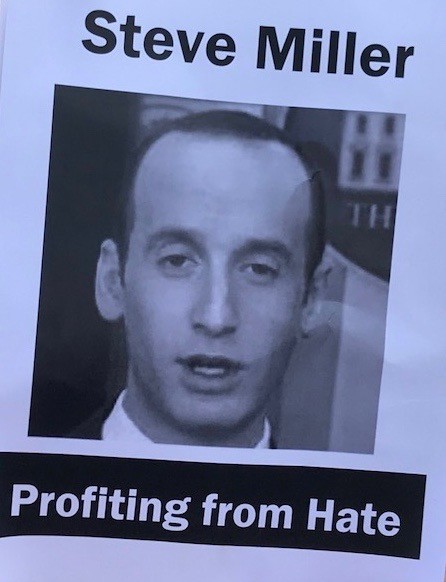 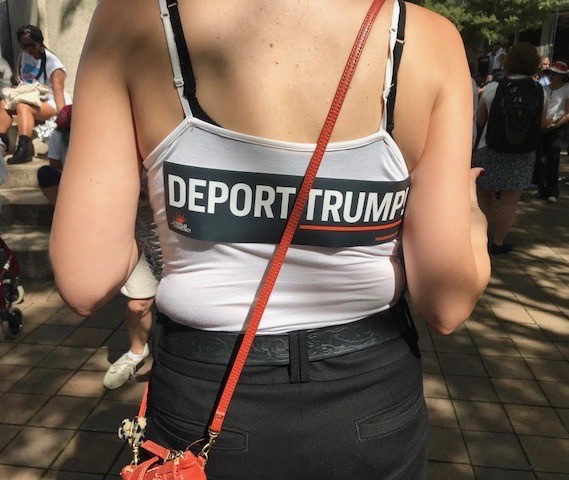 Wearing stickers that said “Deport Trump,” and “F**k Trump” shirts, the protestors chanted slogans like “No ban no wall, America is home to all. No hate, no fear. Everyone is welcome here,” the group of several hundred people marched from Freedom Plaza to Congressional office buildings, where at least 200 people volunteered to defy orders from Capitol police and be arrested. 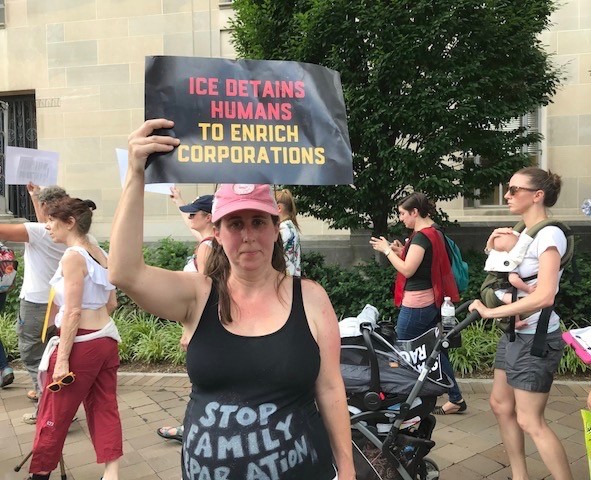 One woman who did not give her name told Breitbart News that she took part in the protest because she was “worried that democracy was dying.” 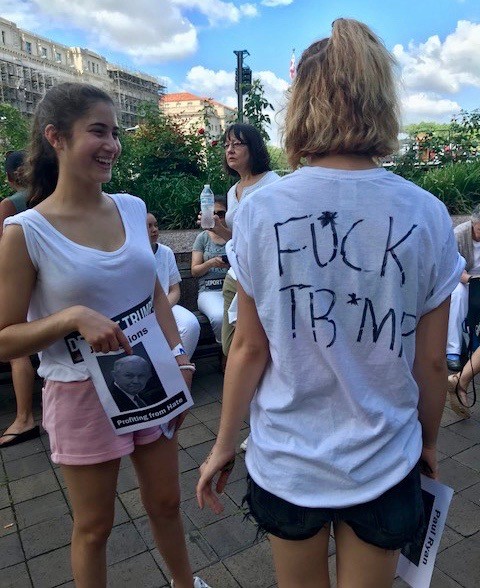 Another woman who identified herself as L.A. Kauffman said the ultimate goal of the so-called movement was to remove the president from office. Kauffman told Breitbart News:

The overall goal is to end family detentions; to ultimately remove Trump and his enablers from office, however that happens in whatever time frame and to lay the groundwork for a new set of policies in this country based on human decency and mutual respect and this action that is pushing the limits has the potential to inspire exactly the kind of mass civil resistance that we need to achieve these goals. 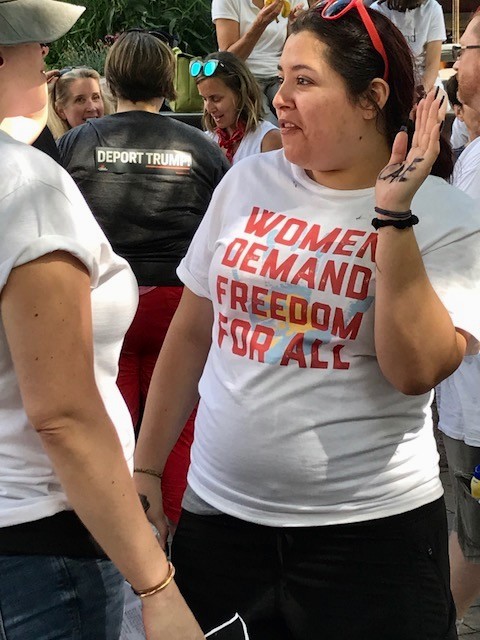