Criminal illegal aliens who have assaulted and even killed American citizens are now facing certain deportation and their victims are getting help, thanks to President Donald Trump’s 2017 Executive Order to increase public safety inside the United States.

That’s the conclusion of the latest Immigration and Customs Enforcement (ICE) quarterly report required by the EO.

“The Executive Order titled Enhancing Public Safety in the Interior of the United States directed ICE’s Victims of Immigration Crime Engagement Office (VOICE) to create quarterly reports studying the effects of the victimization by criminal aliens present in the United States,” the report, released in June, states.

The report detailed seven “anonymized case studies” to show how victims have been helped but by the VOICE office since it opened on April 26, 2017, through September 30, 2017:

“From April 26, 2017, to September 30, 2017, the VOICE Office’s hotline referred 843 calls to CROs in ICE’s Areas of Responsibility (AORs) across the United States who were tasked with engaging with victims and ensuring they had access to information and resources,” the report states. 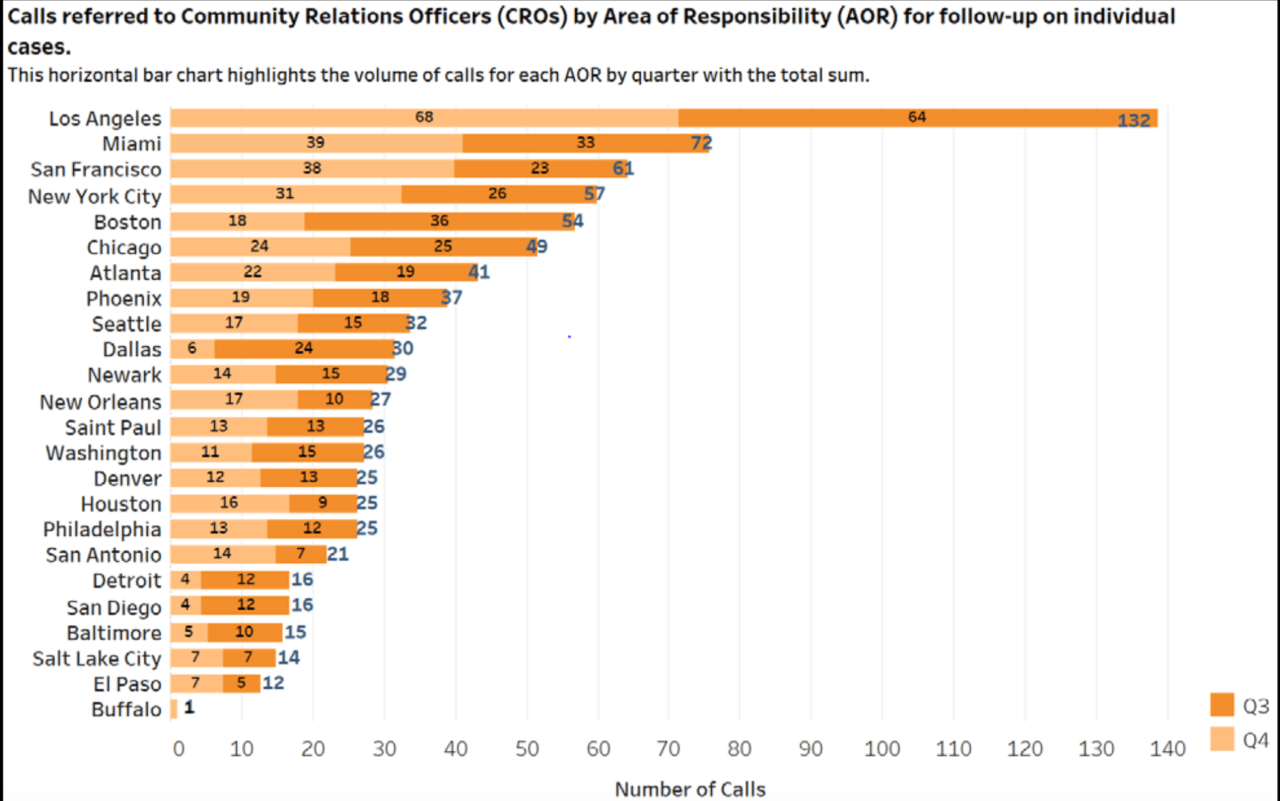 The agency has an annual budget of approximately $6 billion, primarily devoted to three operational directorates—Enforcement and Removal Operations (ERO), Homeland Security Investigations (HSI), and the Office of the Principal Legal Advisor (OPLA). A fourth directorate—Management and Administration (M&A)—supports the three operational branches to advance the ICE mission.