The organizers of the left-wing Women’s March failed to include Judge Brett Kavanaugh’s name in a statement opposing his nomination announced on Monday evening.

In the pro-open borders, pro-abortion organization’s official statement released to the media minutes after Trump announced he would nominate Kavanaugh to replace Justice Anthony Kennedy on the Supreme Court, the Women’s March forgot to add in the judge’s name, leaving in its place the letters “XX.”

The sole mention of Kavanaugh in the group’s statement misspells his name, calling him “Cavenaugh.”

The emailed statement can be seen here: 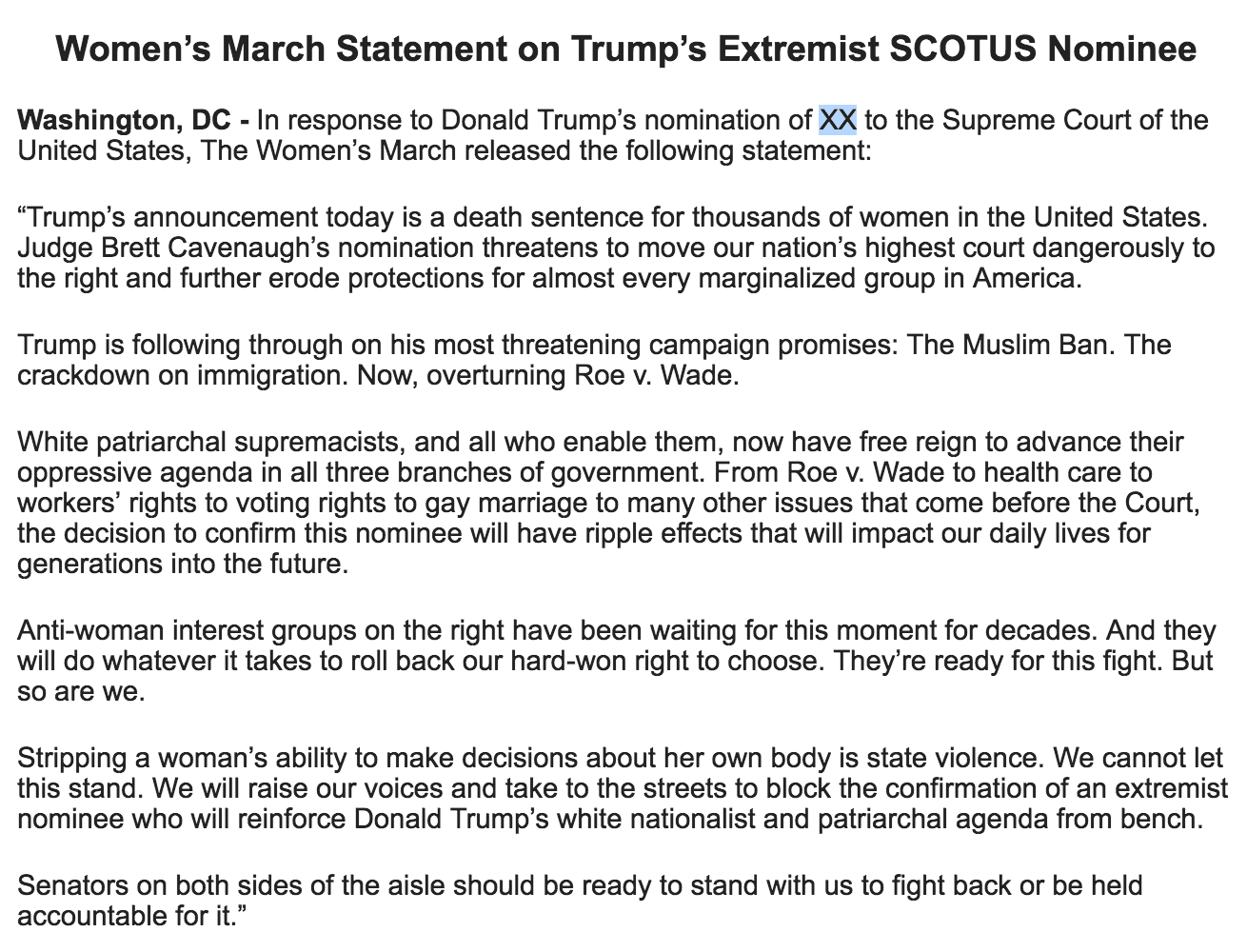