President Donald Trump and Russian President Vladimir Putin briefly spoke to cameras before beginning a one-on-one meeting Monday that Trump said would include discussion of nuclear arms, China, and hopes of building an “extraordinary relationship.”

Trump and Putin met at the Presidential Palace in Helsinki, Finland, to give opening statements before beginning their closed-door private meeting. Trump remarked that the U.S. and Russia have “not been getting along very well for the last number of years” and highlighted their common ground in their “mutual friend” the Chinese President.

President Putin spoke first to the cameras and to Trump through an interpreter. According to the interpreter, he opened with pleasantries about meeting with President Trump on Finnish soil. His brief remarks were followed by President Trump’s. 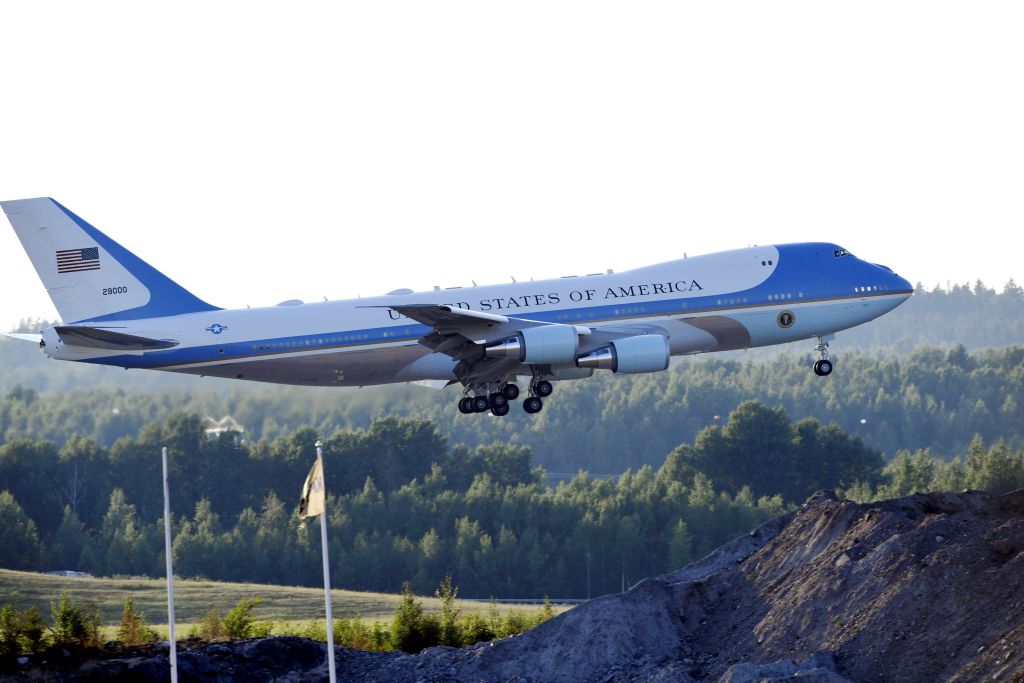 The Air Force One carrying US President Donald Trump and US First Lady Melania Trump arrives at the Helsinki-Vantaa Airport in Helsinki, on July 15, 2018 on the eve of a summit in Helsinki between the US President and his Russian counterpart / MARTTI KAINULAINEN/AFP/Getty Images 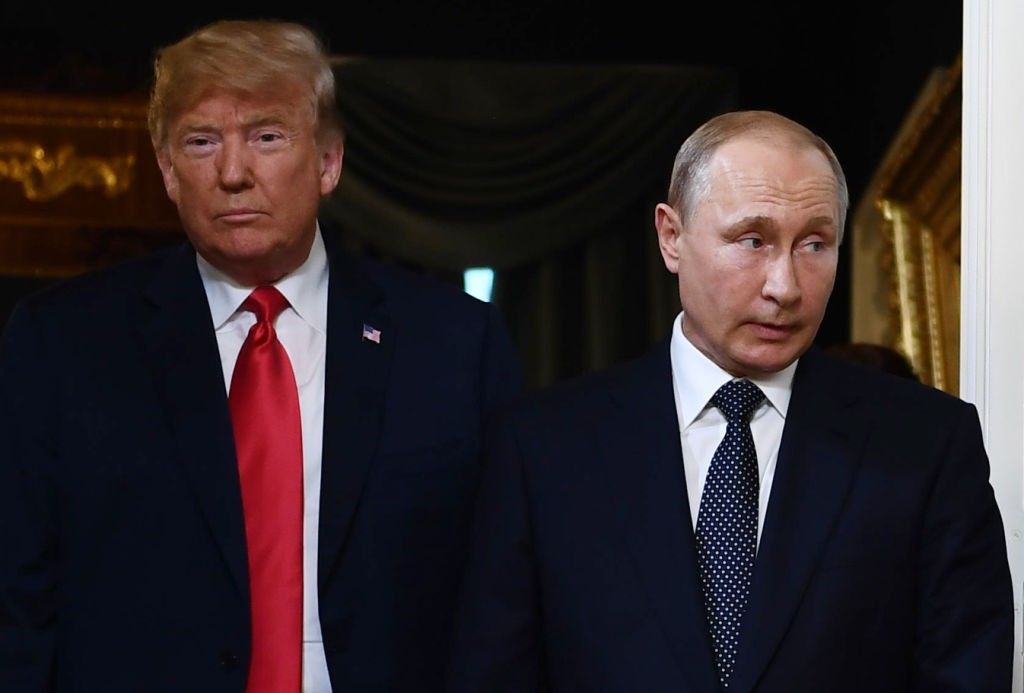 Trump said that he watched the final and semi-finals of the World Cup that were held in Russia and congratulated Putin on a “really great World Cup, one of the best ever.”

President Trump said he and Putin have a lot of “good things” to discuss, “everything from trade to military to missiles to nuclear, to China.” He mentioned their “mutual friend” Chinese President Xi Jinping.

“I think we have great opportunities together as two countries that frankly we have not been getting along very well for the last number of years. I’ve been here not too long,” said Trump. “I think we will end up having an extraordinary relationship. I hope so. I’ve been saying it and I’m sure you’ve heard over the years and as I campaigned that getting along with Russia is a good thing, not a bad thing.”

“I think the world wants to see us get along. We are the two great nuclear powers. We have 90 percent of the nuclear and that’s not a good thing, it’s a bad thing,” said Trump turning his attention from the cameras toward Putin. “And I think we hopefully can do something about that because it’s not a positive force, it’s a negative force. So we’ll be talking about that among other things.”

“With that, the world waits and I look forward to our personal discussion,” said Trump who noted that their expanded teams would join then after their one-on-one meeting concludes. “We all have a lot of questions and hopefully we will come up with answers, most importantly.”

“It’s great to be with you,” Trump said before sharing a firm handshake with Putin. 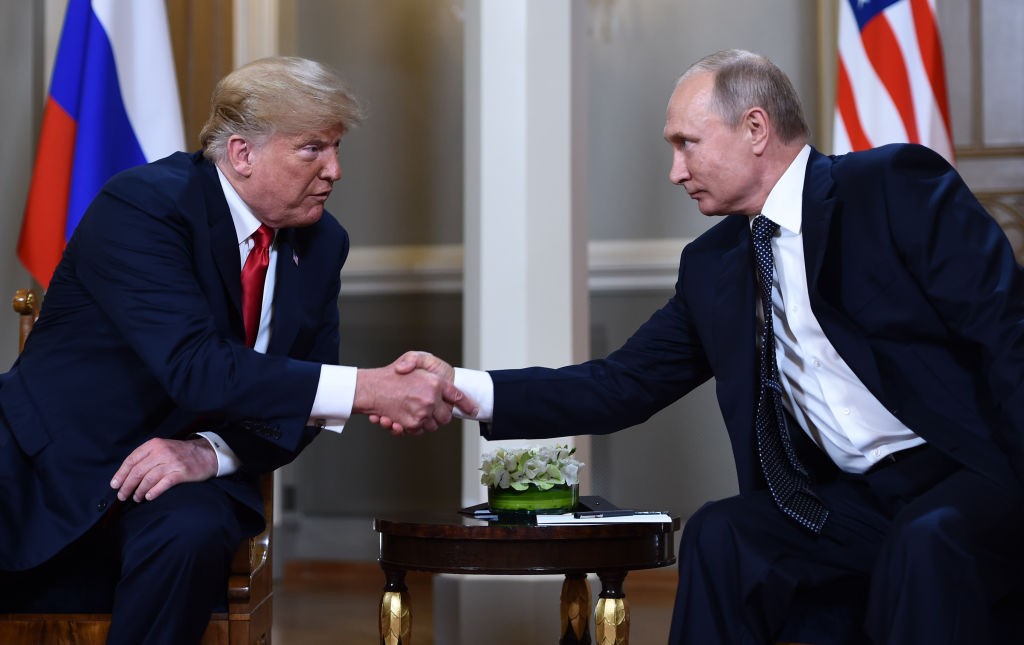 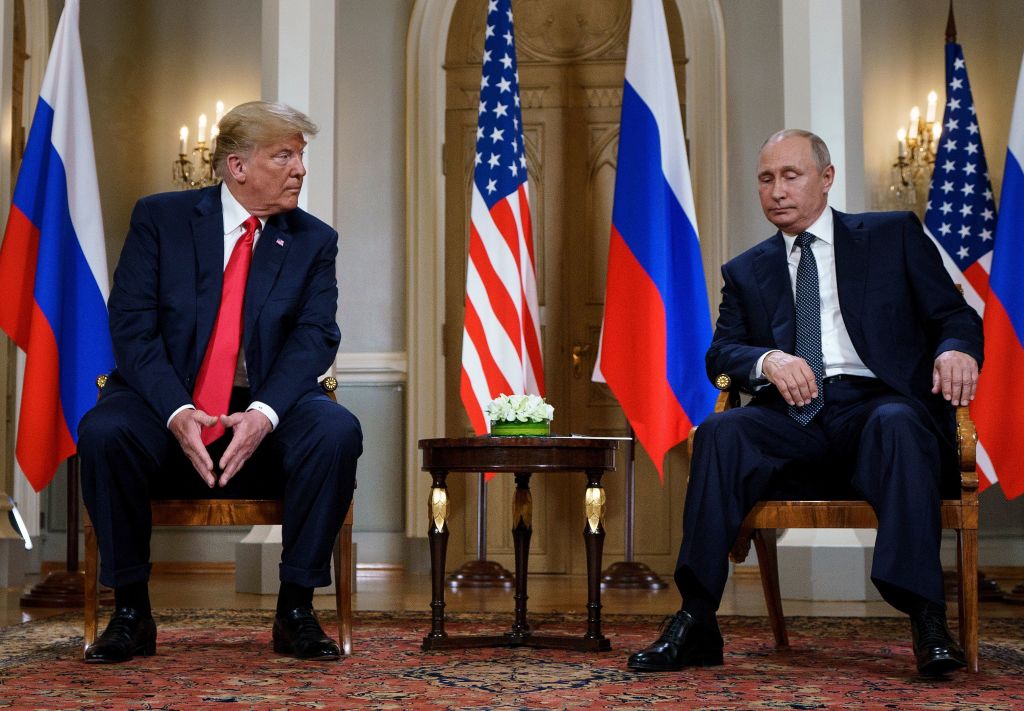 Russian President Vladimir Putin (R) and US President Donald Trump are pictured before a meeting in Helsinki, on July 16, 2018 Photo credit should read BRENDAN SMIALOWSKI/AFP/Getty Images 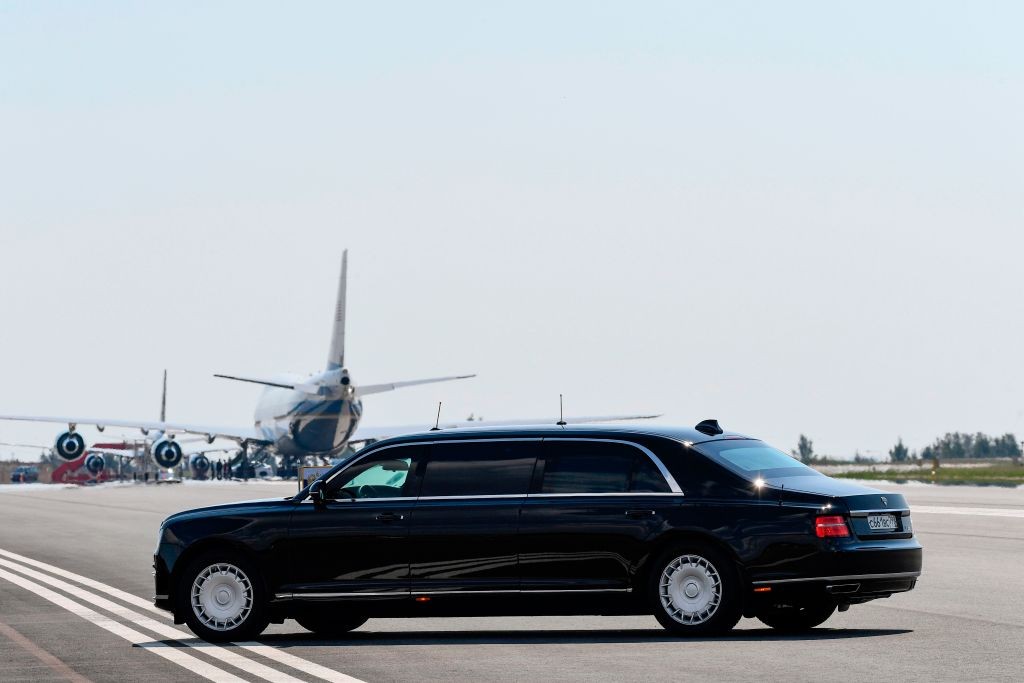 Trump has previously said that he will talk with Putin about Russian meddling in the 2016 U.S. presidential election, Syria, Ukraine and the Russian annexation of Crimea, the Middle East, and nuclear proliferation. The U.S. President has also made clear that they are not going in with high expectations for this meeting.

President Trump comes into the meeting with Putin after last week’s NATO summit in Brussels, Belgium, where Trump pushed for and many NATO partners agreed to increase their defense spending at a faster rate.