The failed “Never Trump” movement has narrowed their attacks on President Trump’s economic nationalist agenda to specifically going after a popular strand of tariffs on imported steel and aluminum.

A new organization known as “Republicans Fighting Tariffs” was solely created to attack Trump’s tariffs on steel and aluminum imports and portray the Republican Party as one united for free trade absolutism. 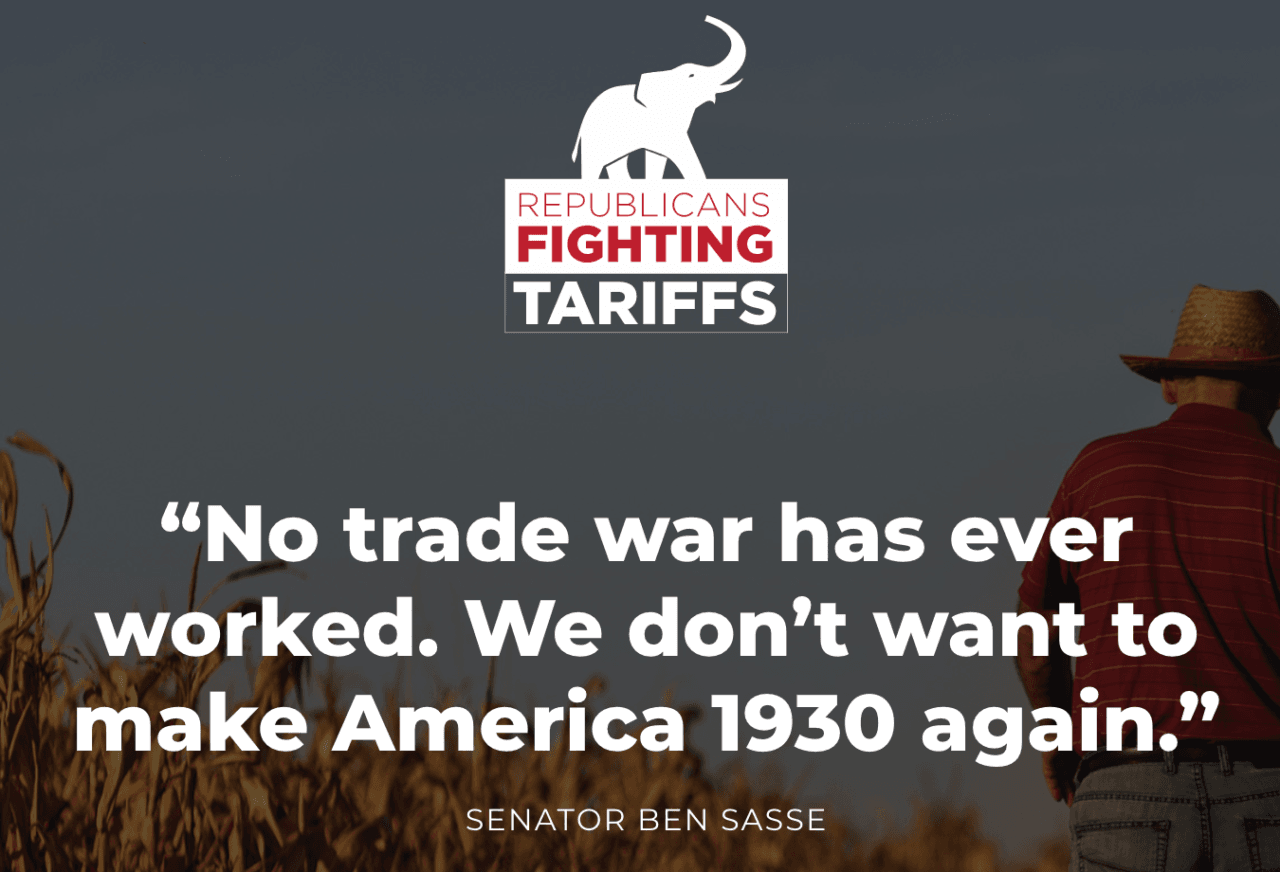 The group’s latest ad features a speech by former President Ronald Reagan where he blasts tariffs in favor of free trade. Unmentioned in the ad is how Reagan imposed tariffs on Canadian lumber and put restraints on imported steel and foreign cars to aid American industry. Reagan also put quotas on imported sugar and machine tools from South Korea.

Nonetheless, the Republicans Fighting Tariffs ad attacks Trump’s tariffs by selectively featuring Reagan’s pro-free trade speech where he says “Our peaceful trading partners are not our enemies, they are our allies.”

Also unmentioned by the group is how free trade with China, since 2001, has cost millions of Americans their jobs. For example, in a report by the Economic Policy Institute, between 2001 and 2015, about 3.4 million U.S. jobs were lost due to the country’s trade deficit with China.

Of the 3.4 million U.S. jobs lost in that time period, about 2.6 million were lost in the crippled manufacturing industry, making up about three-fourths of the loss of jobs from the U.S.-Chinese trade deficit.

Funded and Fronted by Never Trump

The Republicans Fighting Tariffs organization has a paper trail that leads back to one of the largest donors to the failed Never Trump movement, eBay Chairman and billionaire Pierre Omidyar.

Republicans Fighting Tariffs is a project of the group, Defending Democracy Together, which receives most of its funding from Omidyar through his organization, Democracy Fund Voice.

In 2016, Omidyar funneled $250,000 into the “NeverTrump PAC” that was set up to stop Trump from becoming president and implementing his “America First” agenda.

Behind Republicans Fighting Tariffs is a slew of Never Trump pundits, including Bill Kristol and Mona Charen. Kristol and Charen, along with a few other conservative beltway types, head up Defending Democracy Together. Charen signed the “Never Trump” edition of National Review in early 2016. 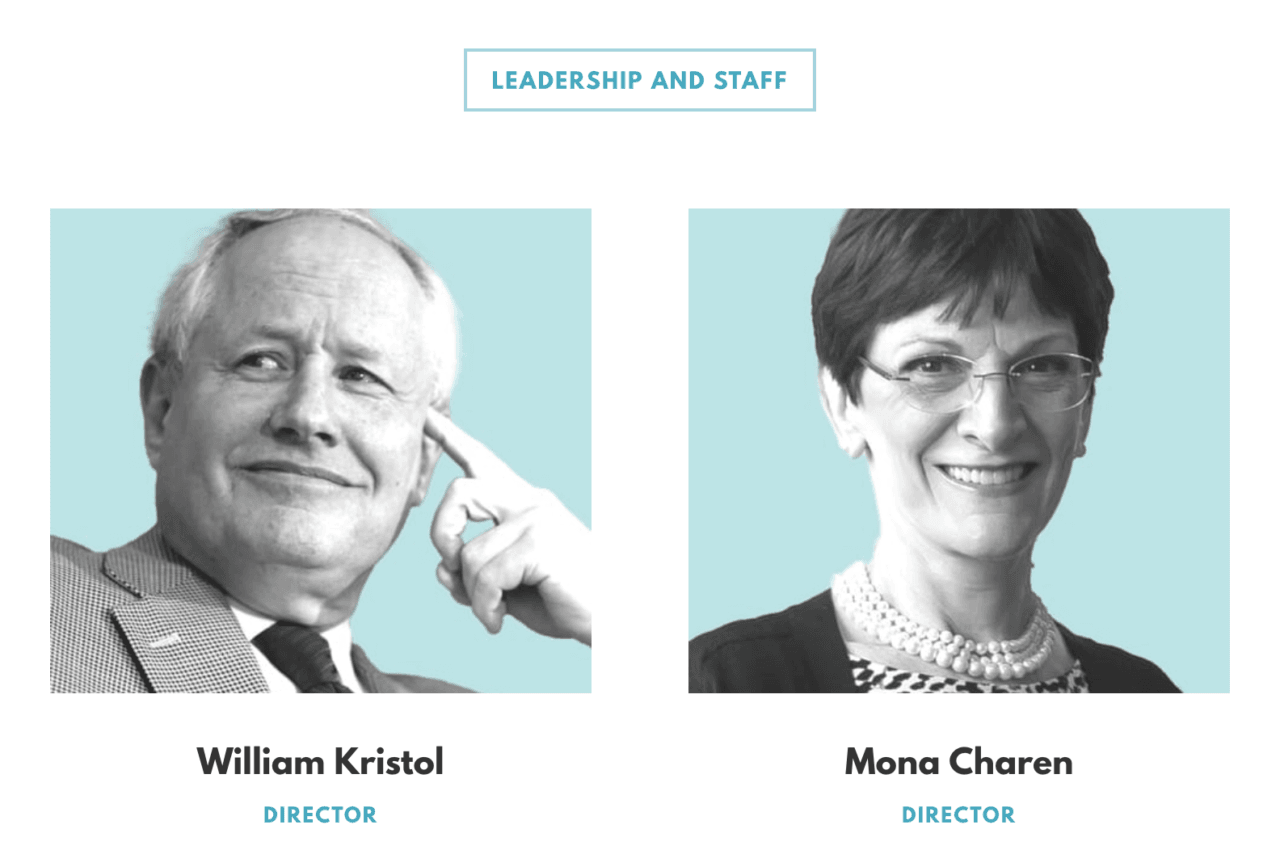 Kristol, part of the neoconservative political apparatus, has used his Twitter to push the attack ads on Trump’s steel and aluminum tariffs.

Meanwhile, Charen swept headlines this year at CPAC when she attacked not only Trump, but also French populist-nationalist firebrand Marion Marechal-Le Pen, who spoke at the event in support of the president and his pro-American immigration agenda.

“I’m actually going to twist this around a bit and say that I’m disappointed in people on our side for being hypocrites about sexual harassers and abusers of women who are in our party, who are sitting in the White House, who brag about their extramarital affairs, who brag about mistreating women,” Charen said at CPAC in February.

Though Republicans Fighting Tariffs claims to represent GOP sentiment on the issue of trade, the vast majority of Republican voters and conservatives have continuously told pollsters that they support Trump’s tariffs.

In the latest Harvard/Harris Poll, 83 percent of Republican voters say they support tariffs on imported products like automobiles and electronics. Additionally, 81 percent of conservatives said they too supported tariffs, along with 61 percent of Americans living in rural communities.

Most recently, Trump said on Twitter, “tariffs are the greatest,” noting how the trade barrier can be used to effectively negotiate with trading countries. Republicans and conservatives are vastly supportive of using tariffs to negotiate trade.

The Morning Consult poll found that 70 percent of Republicans and 72 percent of conservatives support the threat of tariffs as “a necessary tool in negotiating tactics with other countries to reset fairer relations.”

American workers have repeatedly praised Trump’s tariffs and thanked him personally for ending the promotion of multinational free trade by the U.S.

American steel workers in Columbus, Ohio said they support Trump’s tariffs on steel and aluminum, even if their paychecks are slightly reduced because of the move.