A map compiled by the New York Times‘ Matthew Bloch, Larry Buchanan, Josh Katz, and Kevin Quealy reveals Clinton’s “democratic bastions” of “cities’ hues of blue,” noting the most pro-Clinton cities in the country were:

These same six cities and metropolitan areas also have another common characteristic: They are densely populated with foreign-born arrivals.

Take New York City, for example. The New York Times highlights that Clinton won nearly 80 percent of the vote in the city’s five boroughs. Those five boroughs are also home to the largest concentration of foreign-born residents in the state. 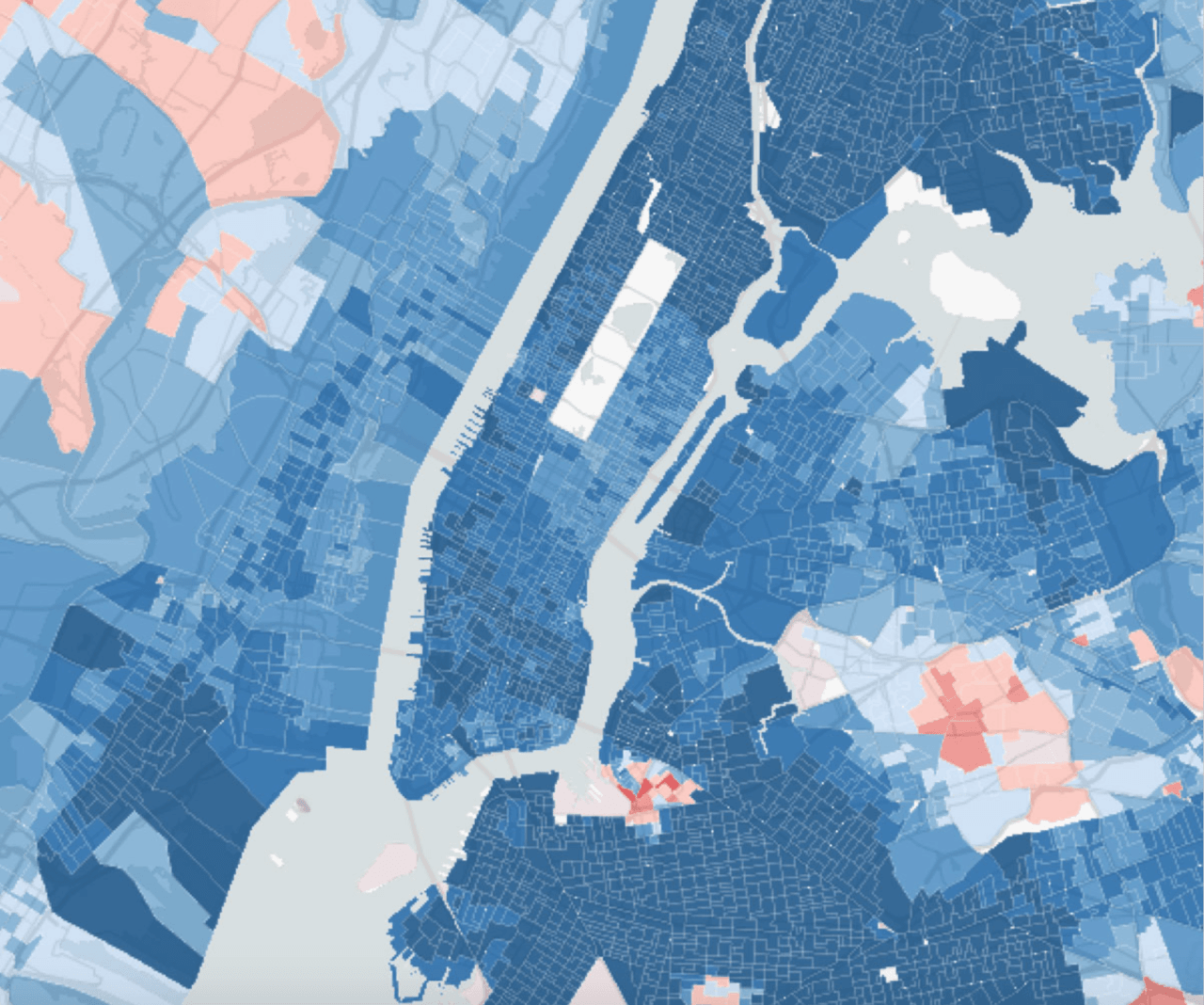 In the Chicago area, residing in Cook County, Illinois, Clinton won some precincts by 70 to 96 percent margins against Trump in the 2016 election. Cook County, as a stronghold for Democrats, is also home to the largest concentration of foreign born residents in the state of Illinois.

Of the nearly 1.8 million foreign born residents living in Illinois, more than one million of them live in Cook County. The county with the second largest foreign born population, where more than 175,000 immigrants live, is Cook County’s neighboring region, DuPage County.

For Clinton, the Washington, D.C. region — a  heartland for liberals — went the strongest out of all counties in the country for her candidacy. In the precinct encompassing the White House, only seven percent of residents voted for Trump.

The Washington, D.C., Arlington, Virginia, and Alexandria, Virginia metropolitan area has a combined foreign born population of more than 1.3 million, making up about 22 percent of the total metro region.

In Philadelphia, Pennsylvania, some precincts were so deep blue for Clinton that they didn’t produce a single vote for Trump in the 2016 election. A similar trend occurred in the 2012 presidential election. The Philadelphia metropolitan area has a population of about 1.6 million residents. In Philadelphia County, there are more than 200,000 foreign born residents living in the region.

Similarly, San Francisco, California is one of the most liberal cities in America, most recently giving noncitizens and illegal aliens the right to vote. The precincts in the Bay Area are so liberal that it’s hard to spot even a pocket of support for Trump in the 2016 election. 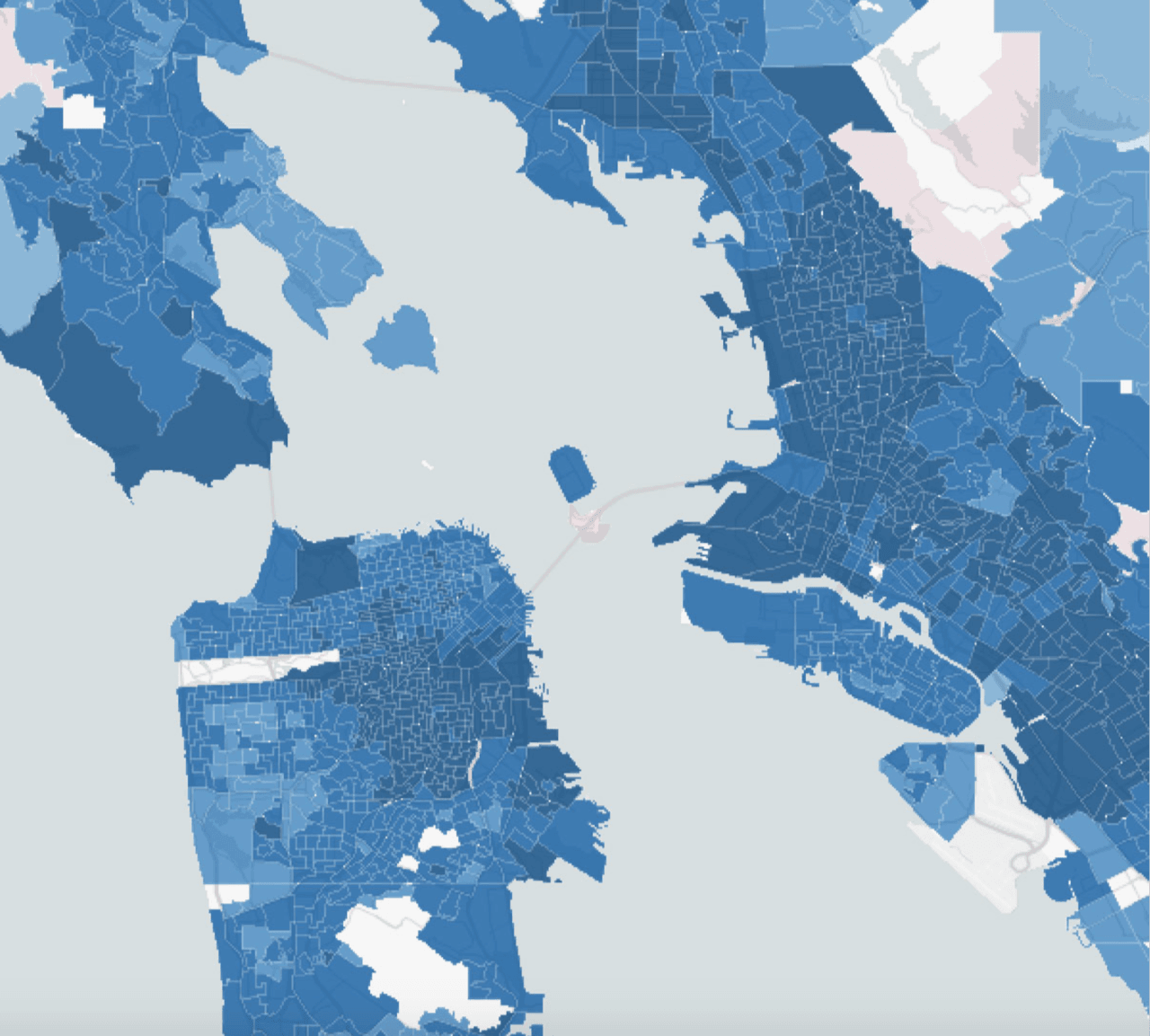 Minneapolis, Minnesota, the sixth U.S. city that went strong for Clinton in 2016, gets increasingly liberal in the heart of the city and eventually fades out to support for Trump.

Overall, the Minneapolis-St. Paul metro area has about 243,000 foreign born residents, one of the largest foreign populations in that sector of the U.S. 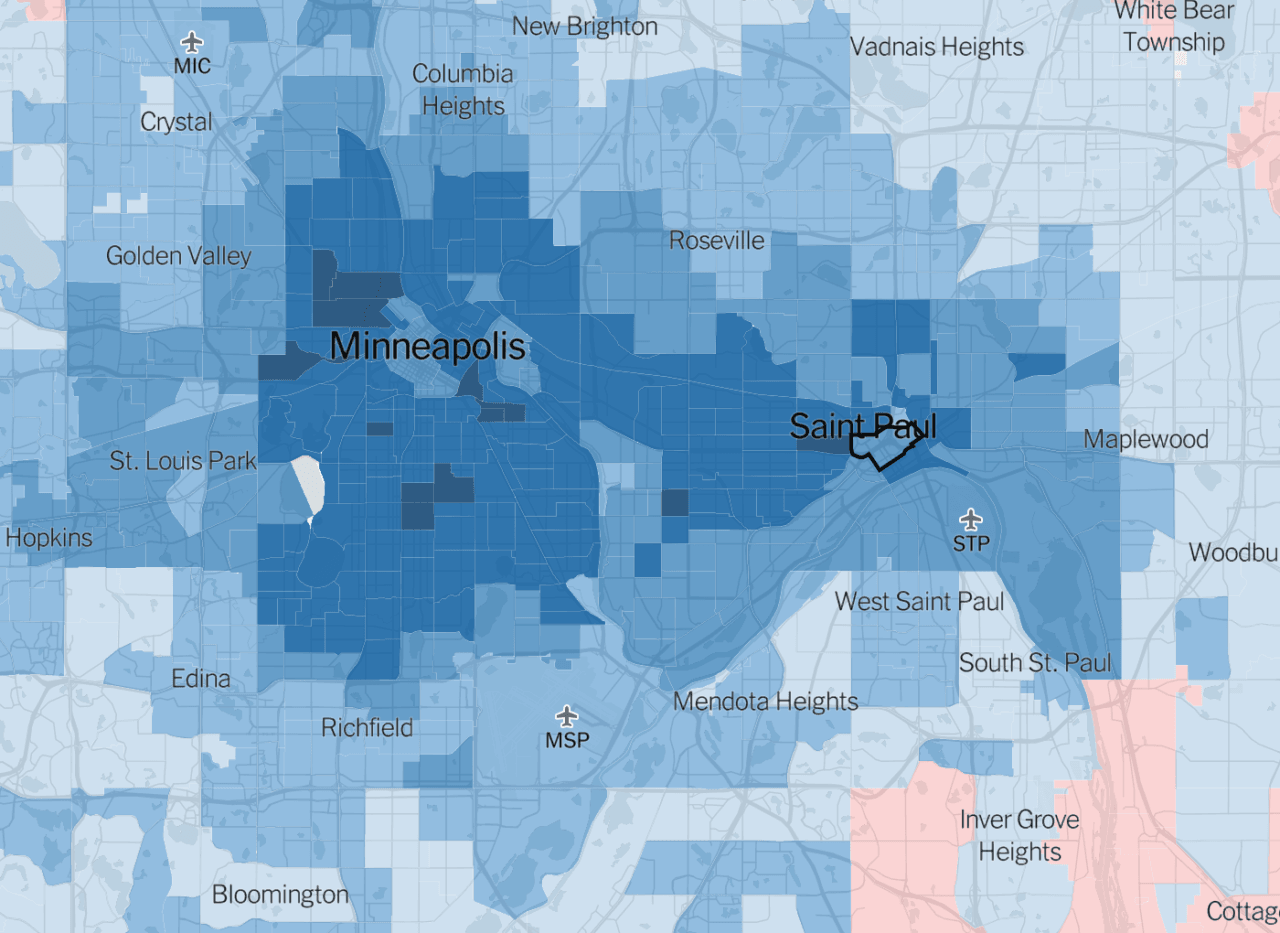 As Breitbart News has extensively reported, the U.S. is on track to import about 15 million foreign-born voters by the year 2038. That is nearly quadruple the size of the annual number of U.S. births; about four million American babies are born every year.

Through chain migration alone, the U.S. will import about eight million foreign-born voters in the next two decades. Those voters are likely to concentrate in American cities with already large foreign populations.

In an analysis from Georgetown University, the University of California, and Banque de France, researchers discovered that immigration to the country continuously increases Democrats’ chances of winning elections:

On average across election types, immigration to the U.S. has a significant and negative impact on the Republican vote share, consistent with the typical view of political analysts in the U.S. [Emphasis added]

This average effect – which is driven by elections in the House – works through two main channels. The impact of immigration on Republican votes in the House is negative when the share of naturalized migrants in the voting population increases. Yet, it can be positive when the share of non-citizen migrants out of the population goes up and the size of migration makes it a salient policy issue in voters’ minds. [Emphasis added]

Mexico has the largest group of legal and illegal foreign nationals in the U.S., with 1.1 million immigrants from the country arriving in the U.S. between 2010 and 2016. Mexican nationals make up roughly one in eight new arrivals to the U.S. On average, every one Mexican immigrant brings six foreign relatives with them to the country through chain migration.