Nearly all of the criminal illegal and legal immigrants incarcerated in American prisons derive from six countries in Central and South America.

The newest Government Accountability Office (GAO) report reveals how mass immigration to the United States from primarily Central America is leading to a booming foreign incarcerated population from the region.

Between Fiscal Year 2011 and 2016, about 91 percent of all criminal illegal and legal immigrants in federal U.S. prisons were nationals from Mexico, Honduras, El Salvador, Dominican Republic, Colombia, and Guatemala. 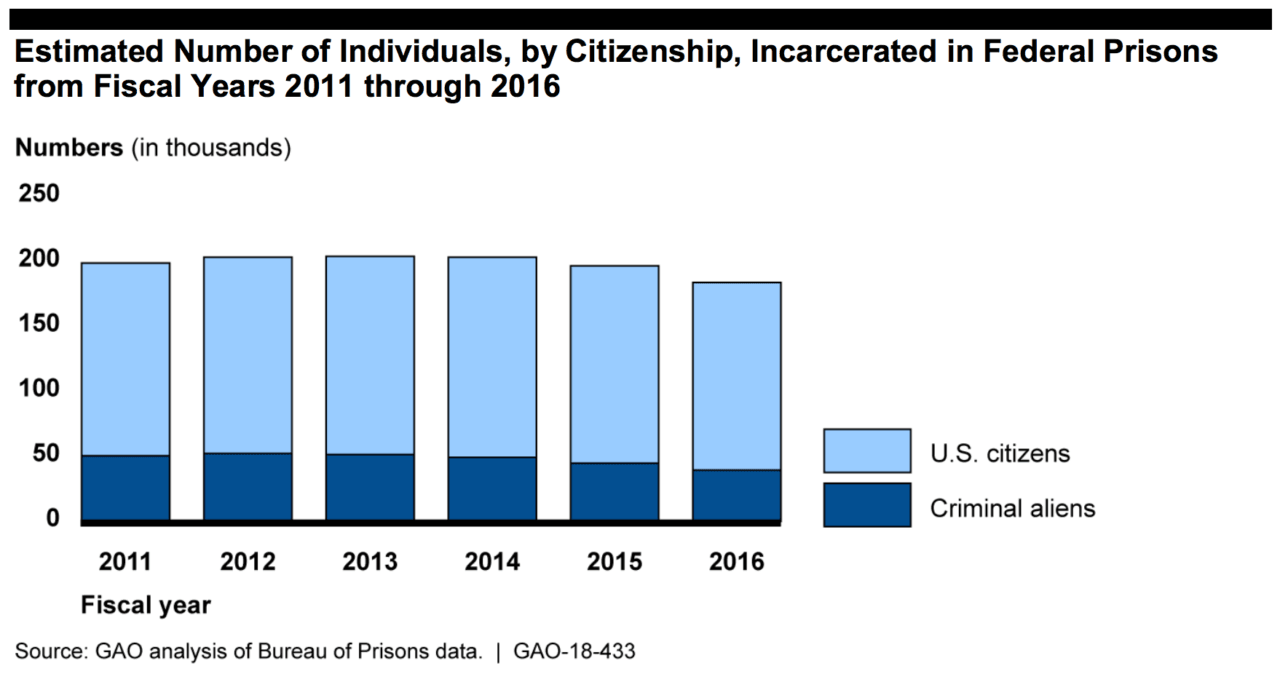 In 2016, there were between 43 and 45 million immigrants in the U.S.,  nearly quadruple the immigrant population in 2000. The largest increases from 2015 to 2016 to immigration to the U.S. have come from the Middle East, the Carribean, Central America, and Sub-Saharan Africa.

As Breitbart News reported, the new GAO report also exposes the extent to which American taxpayers are subsidizing the cost of incarcerating, feeding, and housing criminal illegal and legal immigrants.

Criminal Foreigners in Prison Cost American Taxpayers $1.4B Every Yearhttps://t.co/FxQGf5lEUm

Between 2010 and 2015, the average annual cost to incarcerate criminal illegal and legal immigrants slightly decreased — as the criminal alien population slightly decreased as well — from $1.56 billion to about $1.42 billion. That cost is paid for by American taxpayers who are forced to offset the costs of mass immigration to the country.