The Department of Labor has concluded that Internet giant Cisco Systems has been discriminating against American college-graduates, according to a report by Bloomberg.

The sources spoke on the condition of anonymity because the settlement discussions are ongoing.

The leak comes as voters recognize that salaries for college-grads remain flat, despite the high-pressure economy, amid large-scale white-collar outsourcing and immigration. In contrast, blue-collar wages are rising slowly.

The anti-American discrimination at Cisco is also a political problem for GOP Rep. Kevin Yoder.

On July 25, Yoder used his political clout to get initial approval in the House for legislation that would put roughly 300,000 Indian visa-workers on a fast-track to green-cards and citizenship.

Yoder’s H.R. 392 legislation is a gamble for him because it puts visa-worker Indians in his Kansas district ahead of the many young Americans who are losing jobs to the huge population of foreign visa-workers in the United States. Many polls show that Americans strongly oppose legislation which helps foreign companies displace Americans. 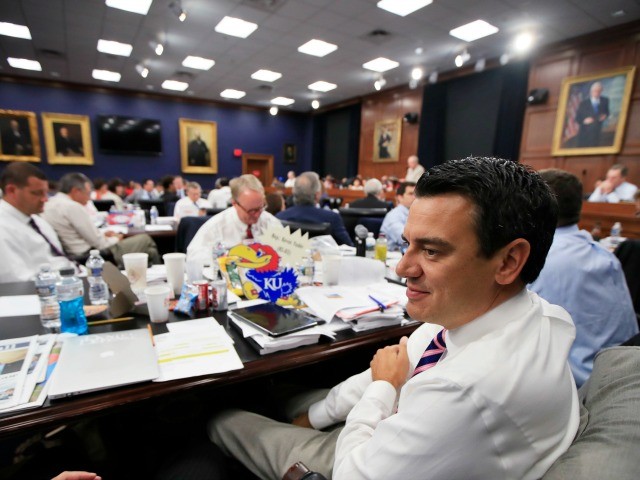 The population of foreign college-graduate visa-workers adds up to roughly 1.5 million — each of whom is holding a job that would otherwise have gone to the roughly 800,000 young men and women who graduate each year with skilled college-degrees in business, healthcare, science, software, math or design.

Yoder’s legislation will also allow Americans and Indian companies to annually award up to 140,000 fast-track green cards to Indian workers if they take Americans’ jobs at low wages by using H-1B or L-1 visas.

GOP leaders — including President Donald Trump — will decide in the next few months of Yoder’s pro-outsourcing measure becomes law.

Like many other Internet companies, Cisco employs many cheap-labor visa-workers. In 2017, for example, the company asked for 713 three-year visas to hire foreign college graduates from overseas. Roughly one-third of those applications were approved via a lottery.

The company also asked for 249 L-1 visas to transfer foreign employees to jobs in the United States. The approval rate for L-1s is unknown, but that large number suggests that the company may have imported more workers via L-1 visas than H-1B visas.

Nearly all of Cisco’s H-1Bs are Indians. 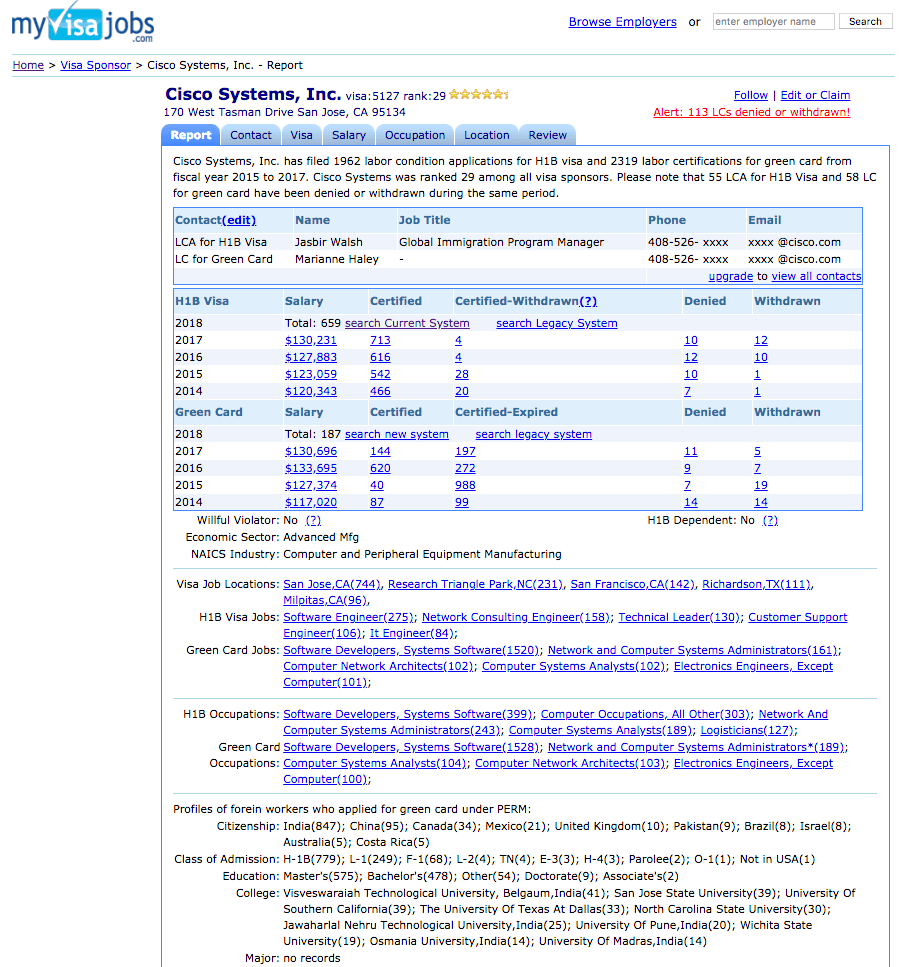 The company also asked for green cards for 144 of its employees in 2017. The vast majority of the 791 green cards sought from 2014 to 2014 were for H-1B employees hired from India. Once a company applies for a green card, and federal agencies approve the application, the workers can stay in the United States in perpetuity by asking for H-1B extensions.

Only about 23,000 Indians can get green cards per year because of long-standing country caps which curb the award of employer-sponsored green cards to people from each country. The company’s reliance on Indian workers means it is likely that many of those Indian green-card applicants would be forced to wait for years to get their green cards. Throughout those years, they would be obliged to work for Cisco or else lose their place in the green-card line — and so lose the huge opportunity for them, their spouse, children, and parents to become immigrants. 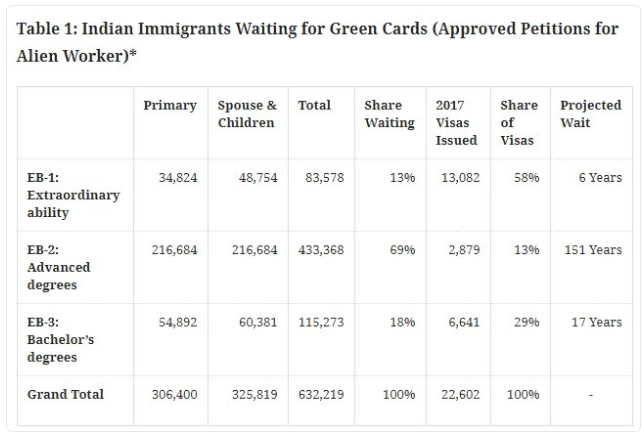 The company’s cheap-labor policy has paid dividends to stockholders as its profits and share-prices have climbed during the last decade. The company’s stock traded around $17  share for several years after the Internet bubble in the late 1990s, and then broke $20 a share in 2013.