American union worker support for populist-nationalist Republicans may have started with President Trump, but it’s not ending with him as many in the pundit class had predicted.

In 2015, AFL-CIO President Richard Trumka told Chuck Todd in the midst of the Republican primary for president that “probably every” union worker in the United States said “Amen!” when Trump spoke about the crippling impact multinational free trade deals have had on American workers.

At the time, Trump was the only Republican in the GOP primary noting how free trade deals like NAFTA, the Trans-Pacific Partnership, and KORUS had and would continue to kill jobs in the U.S. and send them overseas to foreign countries.

Left behind by these free trade deals, Trump said, were American workers who had been ignored by the free trade apparatus of the Republican and Democratic Party who were beholden to the big business lobby, tech lords, and the Chamber of Commerce.

Not only through taking down free trade, but also anti-worker mass immigration policies, Trump garnered historic support from the country’s union workers. When Trump said the mass importation of foreign workers to take blue-collar U.S. jobs was driving down wages and crowding out working-class Americans, union workers nodded in agreement. 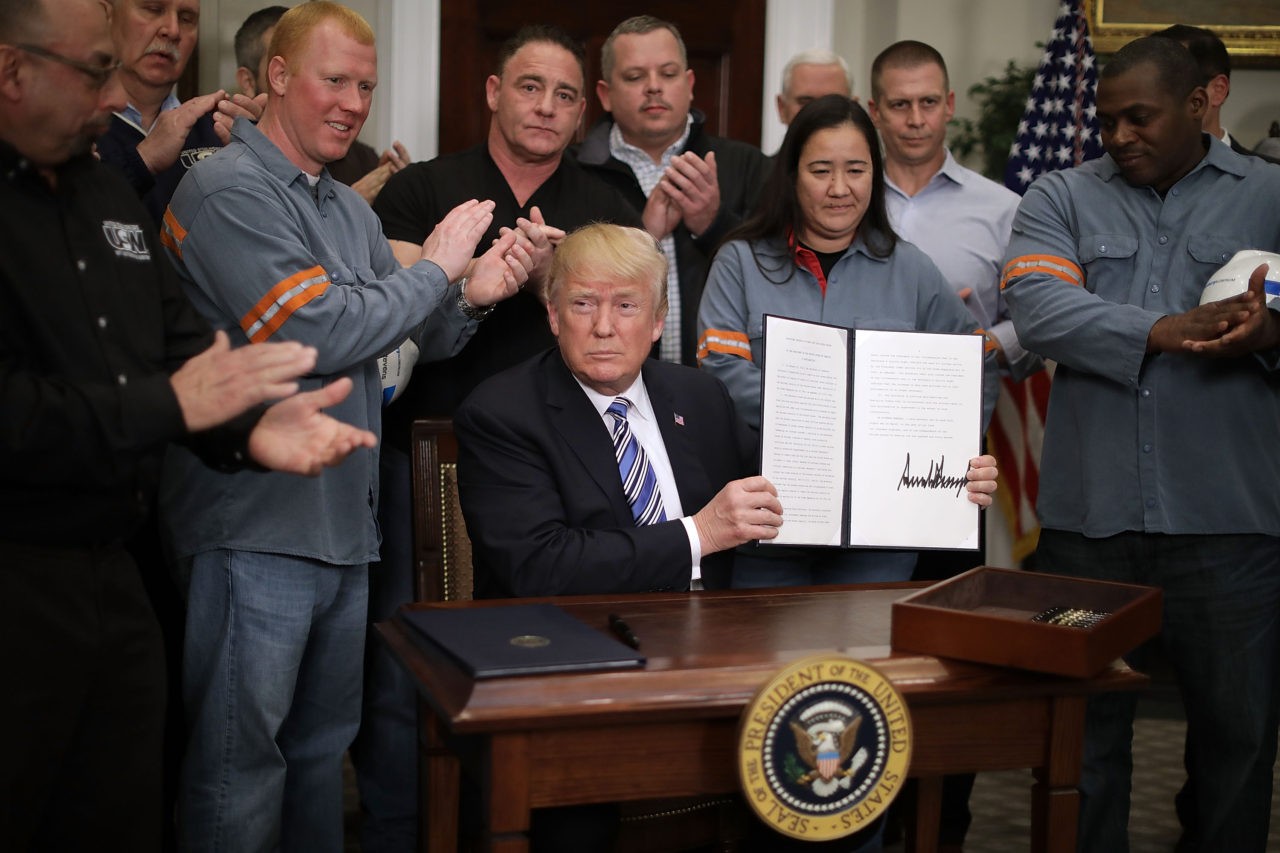 Trump’s “Buy American, Hire American” platform gained him widespread support with workers and made him an enemy of the business lobby. In January 2017, workers with the International Brotherhood of Electrical Workers erected a massive banner in Philadelphia, Pennsylvania reading “Build Union, Buy American.”

From the start of his run in 2015, there was a single Kansas elected official backing Trump’s brand of economic patriotism: Kris Kobach, who is now running to be the governor of Kansas.

Kobach had already made a name for himself among the populist-nationalist movement, taking on the business lobby and the open borders Left with his push for mandatory E-Verify, his crafting of sanctuary city bans in numerous states, and his plea to Americans that mass immigration was hurting the most vulnerable in American society during the President Obama years, the working and middle class.

On Friday, as Breitbart News reported, Kobach made history by winning the endorsement of the State Council of Firefighters, a workers union that has endorsed Democrats for at least 60 years.

“This is the first time in my lifetime that a major union has endorsed a Republican for governor in Kansas,” Kobach said.

Bob Wing, the president of the firefighters union, said their endorsement of Kobach was solidified by the fact that the populist gubernatorial candidate has made reworking of the state’s worker’s compensation laws a priority.

Kobach says in Kansas, the worker’s compensation is tilted far too much towards employers and business, rather than U.S. workers like firefighters who sometimes endure the worst of injuries from their high-risk job.

“The Democrats have given up representing the interests of working men and women of America to make the case for welfare recipients and illegal labor,” Kobach says, noting how the Democratic platform on immigration is to import as many new foreign workers to take U.S. jobs as possible. 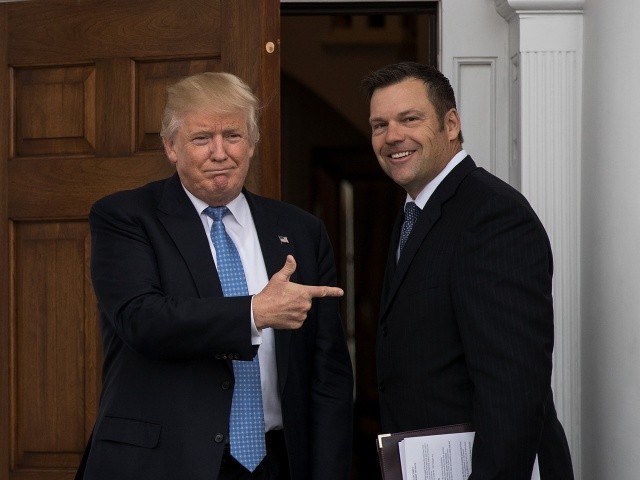 The reshaping of the Republican Party from one hell-bent on Paul Ryan’s agenda of open borders, free trade, and corporate donors, back to its traditional roots of American workers, economic patriotism, and an immigration policy that benefits citizens instead of foreigners has been a welcome platform for union workers.

It’s not as if elected officials like Trump and Kobach have had to do all the work in this transformation.

During the Obama years, union workers were left in the dust when the president sided with environmentalists rather than workers on the battle to bring the Keystone XL pipeline to the U.S. When union workers said the Trans-Pacific Partnership was going to further outsource their jobs, Obama ignored their concerns and instead tried to fast-track the free trade deal.

And, most notably, when unemployment remained high and wages continued to be stagnant, rather than reduce all immigration to the country, Obama implemented executive amnesties like DACA, which allowed hundreds of thousands of illegal aliens to remain in the country and take U.S. jobs that would have otherwise gone to Americans.

If it was not clear at the peak of 2016 that America’s working and middle class—the citizens that had been taken advantage of by both Bush administrations, Obama, and President Bill Clinton—was rightfully on the side of the populists, the evidence has kept piling up.

Since Trump’s election, the American public has made clear their disdain for mass immigration, with the majority of swing-voters saying they oppose the importation of more foreign workers and nearly half of Americans telling pollsters that illegal immigration crushes their wages. Before 2016, young white men favored Democrats over Republicans. Now, that tide has turned.

Tucker Carlson, one of the lone populist-nationalist voices on cable news, spoke to the firefighters union in March of last year.

His message—much like Trump and Kobach’s—was that their biggest threat is the establishment kingmakers of Washington, DC, that were more interested in their achievements of economic libertarianism and mass immigration than protecting the interests of American workers.

“If you have a ton of people willing to work for less, what happens to wages? Do they go up? No, they go down … it’s always true,” Carlson told the firefighters.

“So if you raise your hand and say ‘I don’t dislike immigrants, but why is this good for me? I’ve got a job at Wal-Mart and I’d kind of like to have a job making more.’ What do people in D.C. say to you—on both sides—Republicans and Democrats,” Carlson said. “The response is ‘Shut up bigot. You just don’t like them because they’re different from you.'”

Would the most conservative voice in primetime television be speaking to a workers union 20 years ago? 10 years ago? Even five years ago?

This is the sentiment that American workers have told the establishment media, even when they are encouraged to attack the economic patriotist agenda of the Trump administration. Whether on tariffs or immigration, workers say they’re confident that they are finally being heard.

If Trump’s election is indicative of the way to which the GOP is heading, Kobach can expect a win in his home state of Kansas. But, Kobach says, the U.S. worker-centric Republican agenda is not something that should be isolated to the White House and Topeka.

“This is a model that Republicans would be wise to replicate in other states,” Kobach said.

Full Disclosure: Kris Kobach is a columnist for Breitbart News.