An official from Mount Holyoke College for women says the school will not be moving forward with a new brand logo that includes the “Venus” gender symbol because of the image’s “long history of exclusion connected to movements” that are offensive to some.

The South Hadley, Massachusetts school had been working with a consulting design firm to create a new “visual identity” for the college, explained Charles L. Greene II, vice president in the Office of Communications and Marketing, in a letter regarding the community’s response to the logo proposal.

The proposed design is a pictogram of the school’s initials, MHC, vertically displayed with the “M” on the bottom and the “H” and “C” forming the female gender symbol, or “Venus symbol,” at the top. 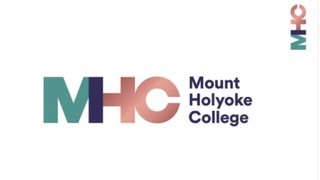 The image apparently drew the ire of students and alumni who do not “identify” as women.

The Daily Hampshire Gazette reported that alumna Tessa Ann Schwarz posted on Twitter that the “Venus symbol” made it seem “like no transgender or nonbinary people ever graduated from the college.”

“Speaking as one of those trans alums, you all will not be getting my money until this is changed, and I am not alone,” Schwarz tweeted:

hey @mtholyoke what's going on with the new logo, friends? y'all put the Venus symbol in it, acting like no trans/nb people ever graduated from Mount Holyoke?? speaking as one of those trans alums, you all will not be getting my money until this is changed, and I am not alone.

However, the Gazette noted that others in the school’s community objected to the project in the first place.

“Why am I paying more than $60K a year for my daughter’s education only to have them waste money on such an absurd endeavor?” a parent asked on the school’s Facebook page.

Yet another poster asked, “Am I looking at a pregnancy test?”

“[L]earning that the impact of the work is offensive, painful or damaging reminds us why it is so important to solicit opinion and input from members of the community who care so deeply about the College and how it is represented,” wrote Greene, adding:

Guided by initial discussions with trustees, graduates, faculty, staff, alumnae and students, our partners also thought it important to express the important role that women’s colleges have played in exploring issues of gender, particularly with regard to populations that have typically been marginalized in society.

According to its website, Mount Holyoke is a “highly selective, nondenominational, residential, research liberal arts college for women.” The college boasts about 2,200 students from 45 states and 69 countries, with 27 percent who are “international citizens.”

“We have remained a women’s college by choice — and, reflecting the College’s commitment to human rights and social justice, we welcome transgender students,” the school says. “We attract world-class faculty and students because we are different. Learning feels different here: It’s collaborative. It’s forward-thinking. It’s cognizant of the common good. It’s equal parts ambitious and audacious.”