2. The first lady designed the White House decorations herself with the theme “American Treasures,” honoring the “unique heritage of America,” according to the Office of the First Lady:

The People’s House @WhiteHouse is ready to celebrate Christmas and the holiday season! pic.twitter.com/oejKW3mC15

A beautifully illustrated booklet describing the White House Christmas decorations was provided to Christmastime visitors. The book included a Christmas cookie recipe from first lady Trump and highlighted her Be Best policy platform on display: 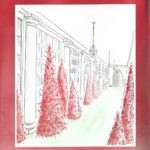 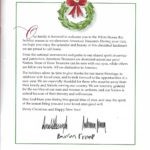 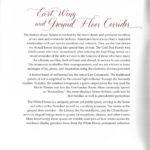 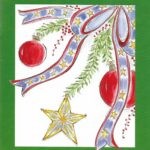 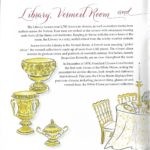 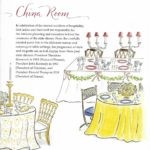 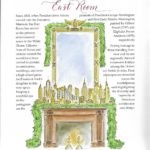 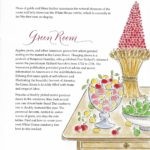 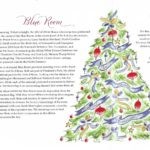 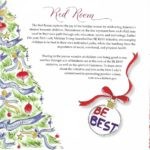 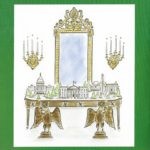 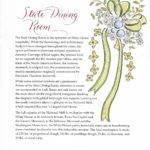 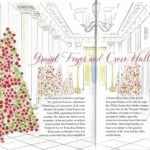 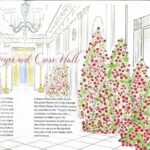 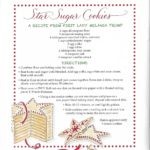 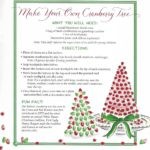 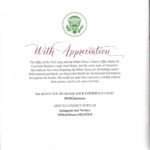 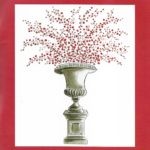 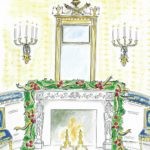 3. Military care kits in November: Mrs. Trump and second lady Karen Pence, along with military spouses and wives of Cabinet secretaries, packed personal supplies to be sent to troops serving overseas at Christmas. “Our prayers remain with all those serving overseas and for the families who wait for them to come home,” Mrs. Trump told event attendees:

Sending our love & support to the troops this holiday season. Honored to visit the @RedCross w @SecondLady yesterday to help create comfort kits for military who are currently deployed. Thank you for all you do! pic.twitter.com/Hnvw0awKBu

4. Bringing warnings of opioid abuse dangers to college students: The first lady joined Host Eric Bolling for a town hall discussion on opioid abuse at Liberty University in late November. “I have learned that addiction can begin with something as innocent as injury. It could be a sports injury or from some kind of accident,” Mrs. Trump warned the students. She brought awareness to the potential of legitimate uses for opioids transitioning to abuse and overdose:

Thank you @LibertyU! What a great crowd of smart and committed students. Together, I know we can make a real difference in the opioid crisis and save lives! pic.twitter.com/b49GdNgwJS

6. Mrs. Trump joined other first ladies and spouses of world leaders at the G20 Summit in Argentina:

A great opportunity to come together with many spouses for the #G20Argentina. Thank you First Lady @JulianaAwada_ for hosting us! pic.twitter.com/rBDxcbV9OC

7. President and Mrs. Trump honored former President George H.W. Bush as he lay in state in the U.S. Capitol:

8. President and Mrs. Trump celebrated Hanukkah with Jewish Americans at the White House:

“From the depths of despair, the Jewish people built a mighty and majestic nation, a thriving democracy in the heart of the Middle East, and a light of hope to all of the world.”

Happy Hanukkah from President Trump and the First Lady! pic.twitter.com/E27IRZuxiE

9. First lady Trump spent time in early December with military families supporting the Toys for Tots program. She gave a brief message of support before joining the military kids in sorting toys and making cards to go with the boxes full of gifts. She also donated books to the Toys for Tots literacy program:

Enjoyed spending time with children & the @USMC at their annual @ToysForTots_USA drive. Thank you to everyone who came out to help in this wonderful opportunity to give back! #MerryChristmas pic.twitter.com/bYEnLS2tOx

10. The first lady spent a marathon day traveling to multiple military locations to visit with military men and women serving the country:

Wonderful to be in Hangar 789 with many service members & their families at @JBLEnews! Our prayers remain with all those serving overseas this Christmas. God Bless you all! #USA pic.twitter.com/MkCeZlB23k

An incredible day spending time with our men and women in uniform on USS George H.W. Bush. Thank you for your sacrifice & service! #USA pic.twitter.com/WWncNQfiMj

It is an honor to be #FLOTUS to this incredible country & thank you to @DepSecDef for joining me on all of the day’s visits! pic.twitter.com/qg2KlWSxla

11. The White House held many Christmas season receptions, and Mrs. Trump joined in to welcome guests with a smile alongside President Trump:

12. First lady Trump upheld a longstanding tradition of U.S. first ladies when she traveled to Children’s National Hospital in Washington, DC. She met with several children who had been born prematurely and cared for at the hospital and met with their families, as well. She also read to children–from babies to older children being treated at the facility. She read from the story Oliver the Ornament, which encourages children to be kind. Video of her reading the story was aired in hospital rooms throughout the facility. She then visited with and hugged the children who were able to be present in the room where she was reading the story:

Helping children across the country track #Santa is becoming one of my favorite traditions! @Potus and I enjoyed working with @NORADSanta – #ChristmasEve pic.twitter.com/CYNkARbFaI

15. The first lady joined President Trump for a special Christmas Day message to the country:

16. On Christmas Day evening, the first lady covertly traveled with President Trump to the United States Al-Assad military airbase in Iraq to thank American troops for their service, especially while away from their families at Christmastime:

.@FLOTUS Melania and I were honored to visit our incredible troops at Al Asad Air Base in Iraq. GOD BLESS THE U.S.A.! pic.twitter.com/rDlhITDvm1

The first couple also visited troops in Ramstein Air Base in Germany before returning to the United States. The couple spent Christmas Day in Washington, DC, instead of Florida as the president continued work during a partial government shutdown.