President Donald Trump informed Nancy Pelosi on Wednesday that he still planned on attending his State of the Union address next week.

The president said that despite Pelosi’s concerns about security during the partial government shutdown, the Department of Homeland Security and the Secret Service informed him that there would be no problems.

“I look forward to seeing you on the evening on January 29th,” he wrote. “It would be so very sad for our country if the State of the Union were not delivered on time, on schedule and very importantly, on location!”

House Speaker Nancy Pelosi first invited President Trump to the Capitol for his State of the Union speech in a letter issued January 3, during the ongoing shutdown fight. Later, she backtracked on the invitation, urging him to postpone it for security reasons.

Congress still has to pass a resolution confirming the State of the Union invitation, but Trump has made it clear that he will be there unless he is officially uninvited by Speaker Pelosi. 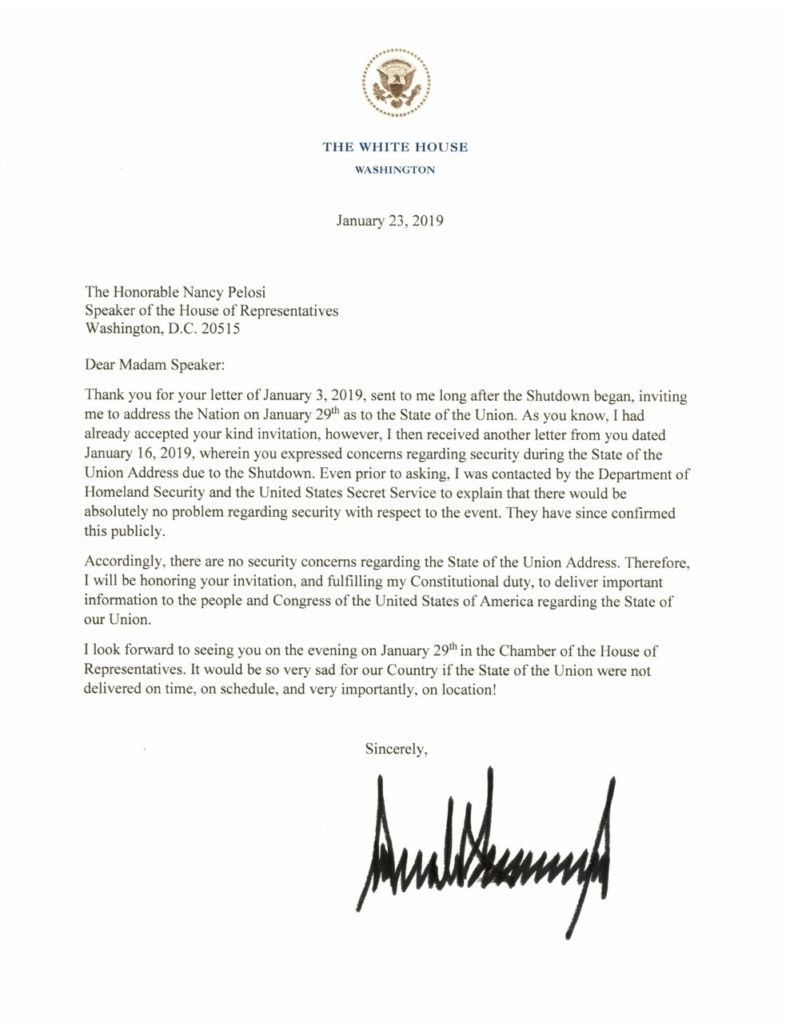