ROVANIEMI, FINLAND — Secretary of State Mike Pompeo arrived in Finland on Monday for an Arctic Council ministerial. During the visit he will meet with seven leaders in the region and reinforce the United States’ commitment to the Arctic amid a growing Chinese presence.

“Lots of important issues to discuss there. The security to make sure this remains a peaceful place is important. And the United States has very significant interests there,” Pompeo told reporters from Breitbart News and other outlets who are traveling with him.

“America is committed to continuing to make sure that we have rule of law and we can keep a peaceful situation in the Arctic region,” he said.

Pompeo arrived just days after the Pentagon released its annual report on China’s military. This year itcontained a special section on China’s growing ambitions in the Arctic.

China announced a “Polar Silk Road” strategy and declared itself a “near-Arctic state,” after becoming an observer to the Arctic Council in 2013, according to the report.

The strategy identifies China’s interests in the Arctic as access to natural resources, securing Arctic shipping lanes, and promoting an image of a “responsible major country” in Arctic affairs, it oulined.

China has opened research stations in Iceland and Norway and is seeking to open another one in Greenland, operates one Ukrainian-built icebreaking research vessel, commissioned the first of a new series of “ice-capable” patrol ships, and in September launched its second icebreaking research asset.

However, the report warned that the civilian research conducted by China could “support a strengthened Chinese military presence in the Arctic Ocean, which could include deploying submarines to the region as a deterrent against nuclear attacks.” 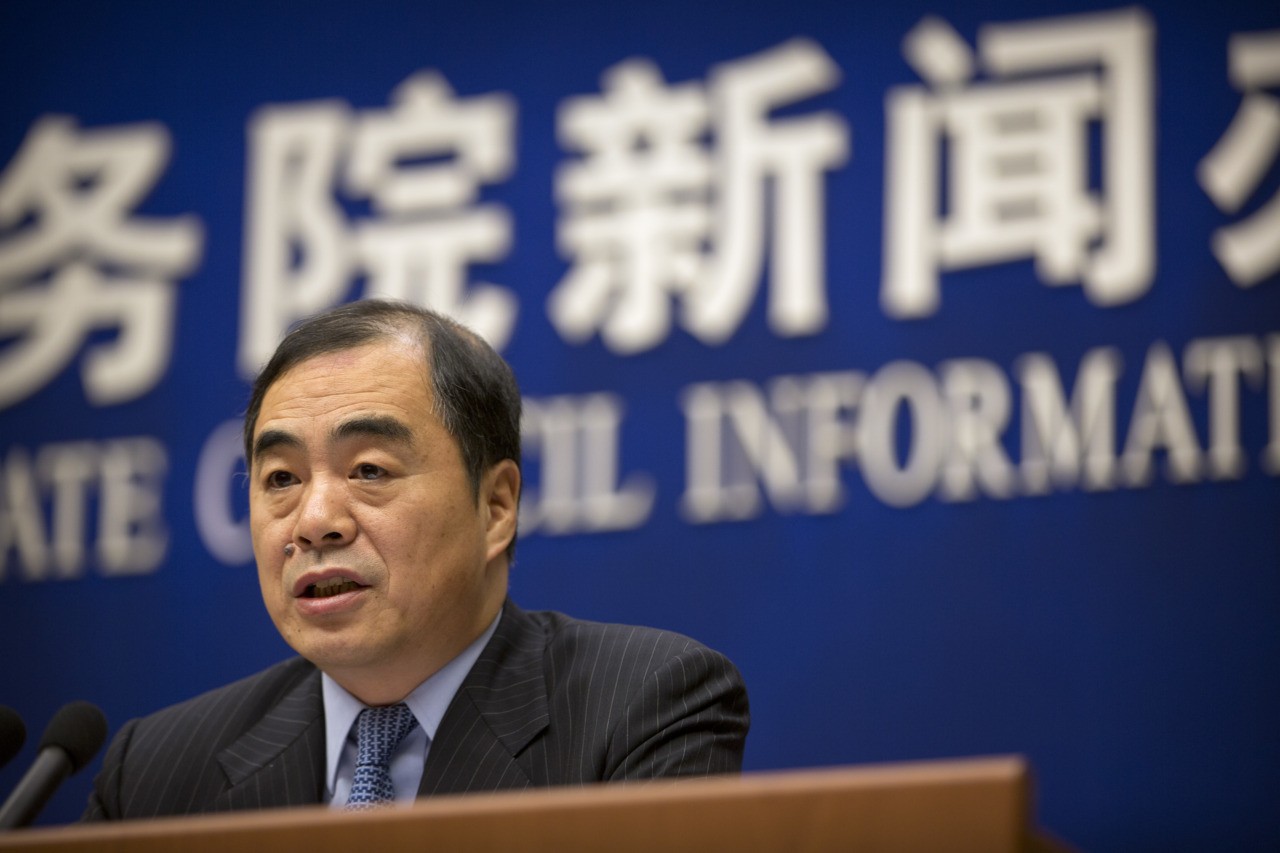 Chinese Vice Foreign Minister Kong Xuanyou speaks during a press conference at the State Council Information Office in Beijing, Friday, Jan. 26, 2018. China is seeking to allay concerns about its increasingly prominent activities in the Arctic, saying it won’t interfere in the actions of nations in the region. (AP Photo/Mark Schiefelbein)

Randall Schriver, assistant secretary of Defense for Indo-Pacific security affairs, said the Pentagon was closely watching the potential of Chinese submarine deployments to the Arctic.

“Whether or not [the Arctic] becomes an access point for safe-harbor for strategic assets such as ballistic-missile carrying submarines, it is a possibility in the future, and one we’ll watch very closely,” he said at a briefing on Friday.

According to the Pentagon report, China’s activities in the region have caused concern.

“The government of Denmark has publicly expressed concern about China’s interest in Greenland, which has included proposals to establish a research station in Greenland, establish a satellite ground station, renovate airports, and expand mining,” the report stated.

“In September 2018, a Russian expert at the Russian International Affairs Council stated the Russian Federation was strongly opposed to foreign icebreakers operating on the Northern Sea Route, including U.S. and Chinese icebreakers,” it said.

It also noted that the Arctic could also be an “area of opportunity for Sino-Russian commercial cooperation, in addition to energy development and infrastructure projects such as the Yamal liquefied natural gas project.”

Pompeo will meet with the leaders of Denmark, Finland, Iceland, Norway, Russia, and Sweden at the ministerial.

A State Department fact sheet stated, “There are no ‘near-Arctic.’ States.”

“China holds ‘observer’ status at the Arctic Council, but is not an Arctic nation, since it sits 900 miles from the Arctic Circle,” it said.

“Together, with the seven other Arctic States, the United States builds cooperation at the Arctic Council based on shared values. Six Permanent Participant (PP) organizations representing Arctic indigenous peoples serve in an advisory capacity to the Arctic States,” it said.

“The Council operates based on consensus, echoing the peaceful and cooperative nature of the region. There has been no military conflict in the Arctic – and it remains conflict-free – in large part due to the Council’s strong, stable governance.”