At a panel discussion at the National Press Club on Wednesday men who were tasked with enforcing state and federal immigration law said that it is the lack of legislation in Congress that has caused the humanitarian and national security crisis at the U.S. border with Mexico, including Democrats who decry that families and children are being detained in deplorable conditions. 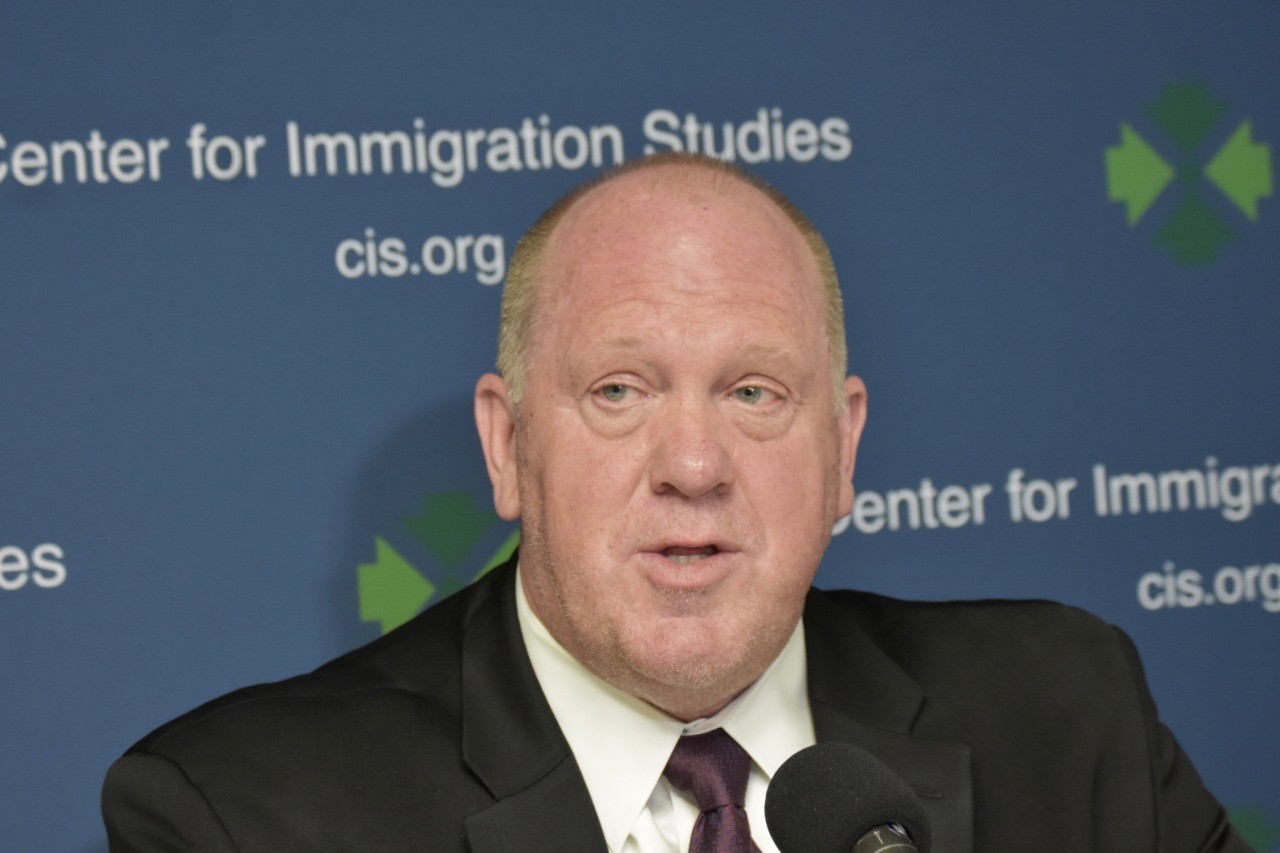 Tom Homan, former acting director of Immigration and Customs Enforcement (ICE) spoke at the National Press Club on Wednesday about the humanitarian and national security crisis at the U.S. border with Mexico. (Penny Starr/Breitbart News)

“You won’t fund it and then you complain loudly that they’re not being taken care of,” Sheriff Andy Louderback of Jackson County, Texas, said at the panel discussion.

Both men said lawmakers have known for months about the thousands of children who have flooded over the border alone and with adults in recent month and have been forced to remain in the custody of Customs and Border Patrol because the law requires them to be transferred to Health and Human Services (HHS) before they can be placed with family or sponsors and HHS does not have the funding to take them in.

A former immigration attorney and judge who is now the resident fellow in law and policy at the Center for Immigration Studies, which hosted the event, also blamed Democrats who criticize the detainment of families and children at the border for not acting to resolve the crisis. 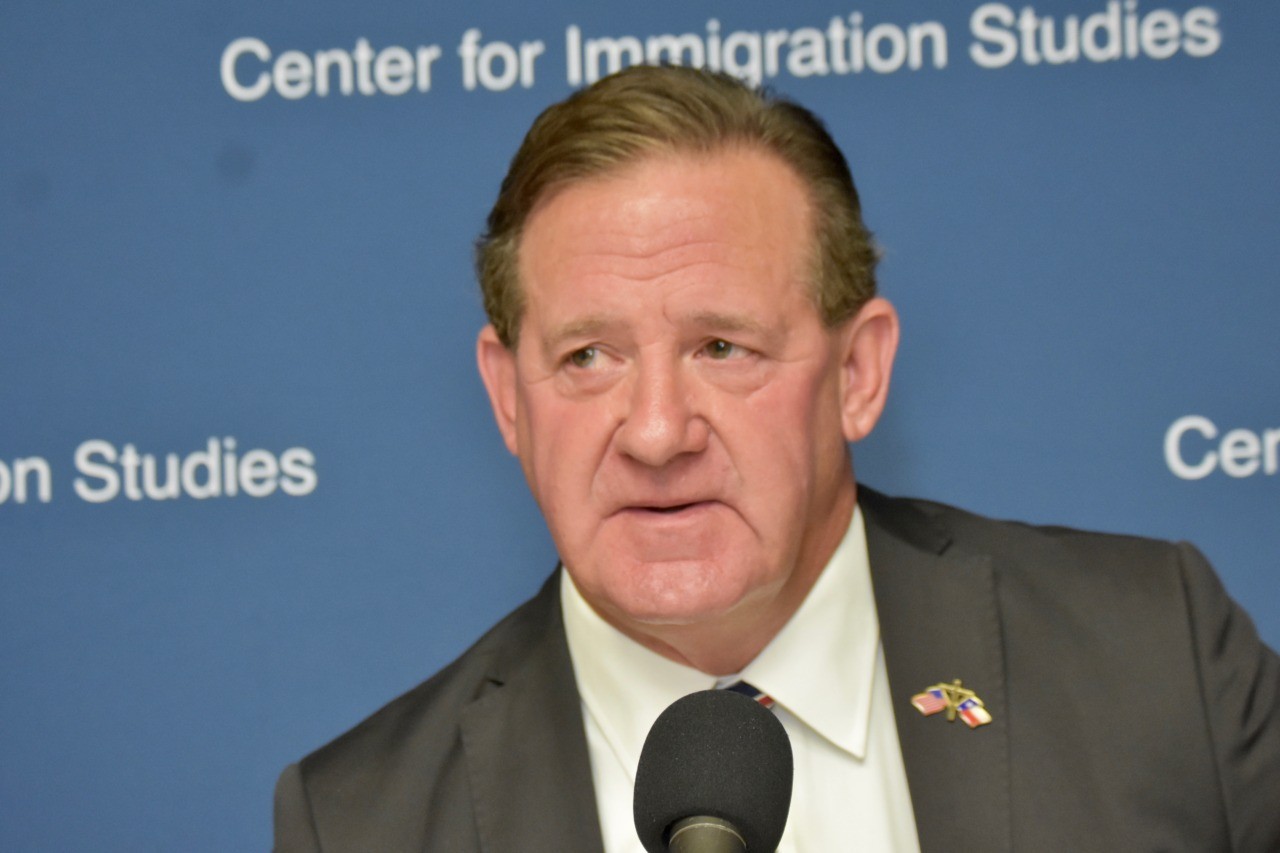 Sheriff Andy Louderback of Jackson County, Texas, spoke at the National Press Club on Wednesday about the humanitarian and national security crisis at the U.S. border with Mexico. (Penny Starr/Breitbart News)

Both Louderback and Homan pushed back on the claims about poor conditions while admitting that the facilities on the border are not designed for children and that the sheer number of minors flooding across the border has overwhelmed caretakers.

But they also said that the children are fed and clothed and for many of the children it might be the first time they have received medical and mental health support.

“This is a staff that are also parents,” Homan said. “They have children of their own.”

“They treat these people with dignity and respect,” said Homan, who also worked as a border patrol agent and said he is still haunted by the discovery of migrants who died during their attempt to come to the United States, including a 5-year-old boy who suffocated in the back of a trailer in the arms of his dead father.

And panelists also slammed “the left” for disparaging the men and women in law enforcement who face that kind of horror and danger daily and are required to enforce the laws Congress has passed.

“If Congress doesn’t like what they do then change [the law],” Homan said. “Let’s stop the rhetoric about the men and women who serve our nation.”

Louderback said as a man who has made a career of honoring the rule of law, he takes issue with those who do not.

And both Louderback and Homan credit President Donald Trump for his efforts to secure the border and support the men and women in law enforcement.

“I am most proud of this president for standing up for law enforcement and the members of the federal government, federal law enforcement that is attempting to their job despite a tremendous amount of opposition within our own government,” Louderback said. “That is reprehensible to me personally and I believe it is a disservice to the public.”

Homan said Trump’s efforts include declaring a national emergency on the border and issuing executive actions only to have “activist judges” hold up those efforts.

“What has Congress done?” Homan said.

The panelists also addressed the threat to national security at the border, including the fact that the Mexican drug cartels control the northern border of Mexico.

“Nothing happens on that northern border without the blessing and paying off of the drug cartel,” Homan said. “When you see a group of a hundred, two hundred, three hundred family members coming through one sector, that’s not by accident.”

“They’re tying up border patrol assets so they can move bad people and contraband through unguarded parts of the border,” Homan said. “And if people don’t think they’re taking advantage of that they’re just wrong.

“If you’re a person in this world that wants to do harm to this country you’re going to take advantage of the chaos on the border to come through unprotected parts,” Homan said.

Louderback said that the drug cartels are not only coming across the border but are operating throughout the country.

“The situation that has been created by Congress has enabled the cartel,” Louderback said. “There’s not one single law enforcement agency in the United States that’s not dealing with cartel involvement,” Louderback said.

“The penetration of the cartels is profound,” Louderback said.

Arthur recalled the murder of 14-year-old Ariana Funes-Diaz in a Maryland city just 12 miles from the White House in May. She was stabbed, and beaten with a baseball bat.

“How does that happen?” Arthur said.

Some of the staggering statistics of illegal immigration were also shared at the event, including the 913 percent increase in the number of migrants apprehended at the border — from April 2017 when 15,798 migrants were apprehended to 144,278 last month.

The panelists also presented what they said Congress should do to end the crisis at the border, including reversing the Flores Agreement that puts a 20-day limit on children in detention, revising the Trafficking Victims Protection Reauthorization Act of 2008 so that children in countries that are not contiguous to the United States could be returned to their home country if they were found not to be victims of human trafficking, and improve the screening process for determining “credible fear” for those seeking asylum.