HOMESTEAD, Florida — Former Rep. Beto O’Rourke (D-TX) told demonstrators and the assembled media outside the Homestead Temporary Shelter for Unaccompanied Children that migrant children from Central America “had no choice but to come here” because climate change had ravaged their countries.

O’Rourke said that rising temperatures had created droughts, which made it more difficult for people to grow their own food. That, he said, forced them to undertake the arduous journey on foot to the U.S. border, and to cross illegally.

O’Rourke was the fourth presidential candidate to visit the protest outside the facility, where thousands of teenagers, most of whom arrived unaccompanied, are temporarily housed until they can be handed over to a sponsor in the U.S.

Rep. Eric Swalwell (D-CA) was the first the protests: he was followed on Wednesday by Sen. Elizabeth Warren (D-MA), and then several other candidates decided to visit as well, turning the protests into something of a presidential pilgrimate. O’Rourke was preceded an hour before by Sen. Bernie Sanders (I-VT). 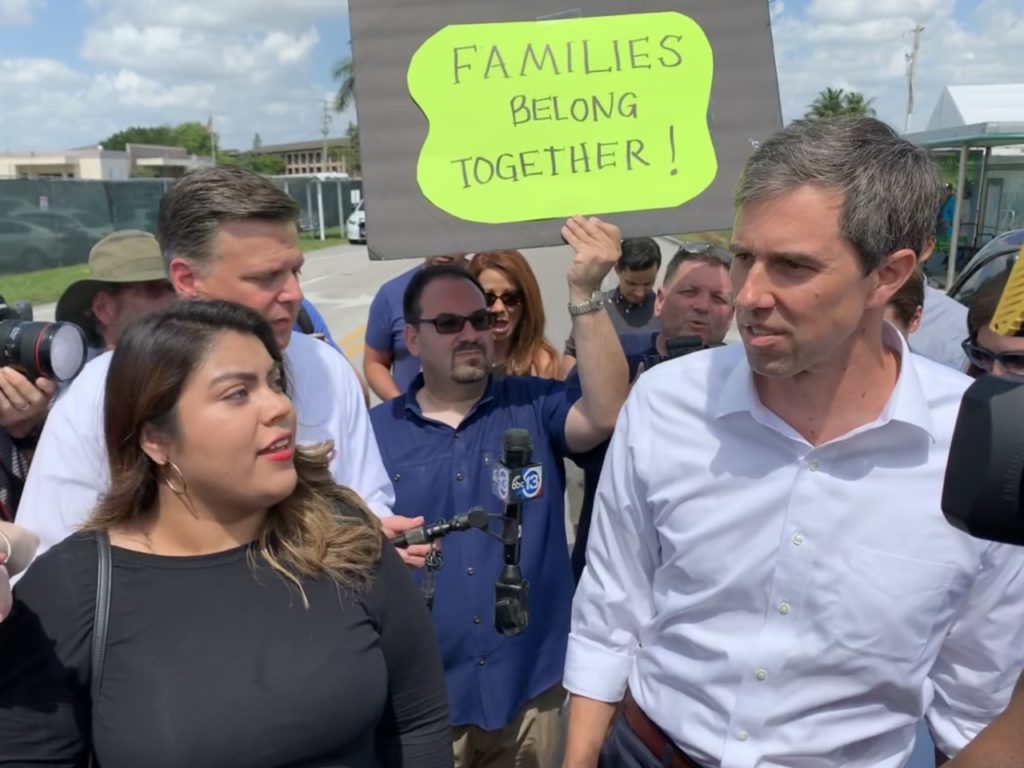 O’Rourke, who was greeted and briefed by local activists, turned his visit into a rally, spending roughly half an hour atop a ladder overlooking the fence around the facility.

Unlike other candidates, he was not content to peer over the fence, but delivered an impromptu speech.

“He who denies the stranger or the outcast, he also denies America,” O’Rourke said, citing Robert Kennedy.

“Instead of reuniting them [the teenagers] with their families, we are incarcerating them in tents in a for-profit facility with no oversight,” he added. He demanded that the Homestead facility, and every other like it, be shut down.
In Spanish, he declared: “We must reunite every boy and girl here with their family.”

He also urged the small crowd to wave to the teenagers inside the facility, barely visible in the distance, wearing bright orange caps.

O’Rourke added: “Donald Trump has done this; its up to change who is in the White House going forward.” However, the facility was first opened under the Obama administration, and briefly closed before re-opening in March 2018.

Gayle Bouley, of Miami, arrived with her family to join the protest, carrying a sign with a yellow Star of David and the words, “Never again is now.” 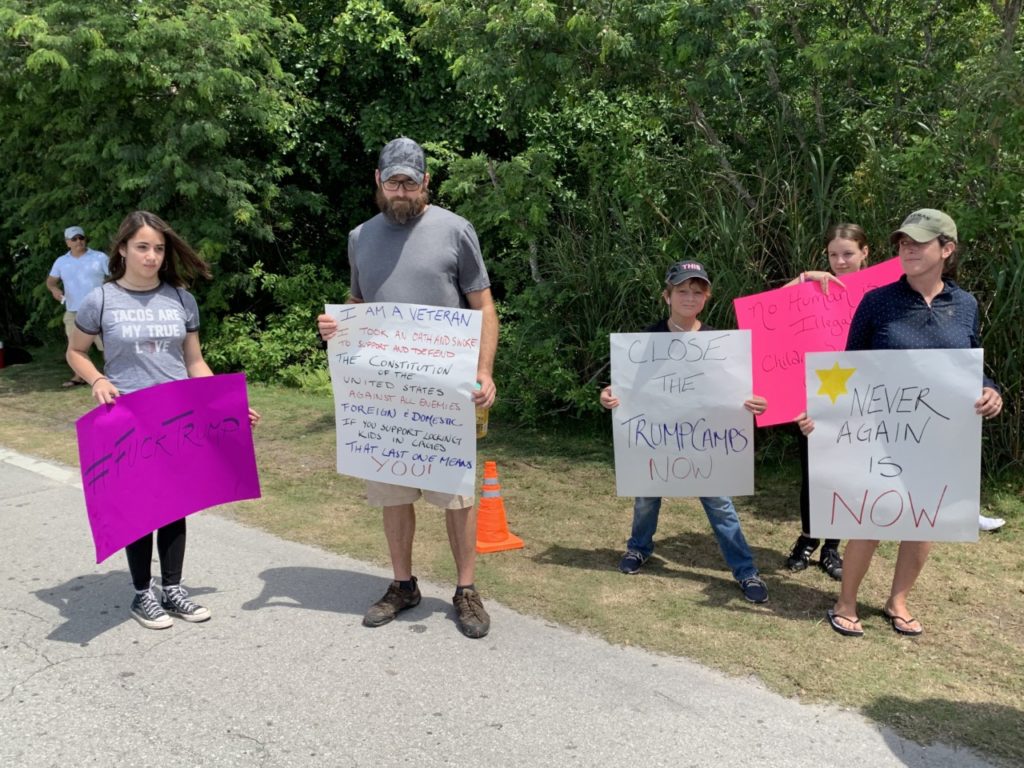 Asked by Breitbart News if she supported comparisons between the migrant facilities and concentration camps, she said she did.

“I don’t know how look at how you look at it any other way,” she said, stressing that she was both a veteran and a Jew.