Baltimore Mayor Bernard “Jack” Young (D) said Monday that President Donald Trump should send federal assistance to the troubled Maryland city instead of criticizing its management — though the mayor’s budget is already spending $66 million in federal grants this year alone.

“If he really wants to, he needs to send us the federal assistance — not only to Baltimore, to cities around this country that are in the same situation that Baltimore is in — but he’s so interested in childish tweets,” Young (pictured) said in an interview with CNN New Day co-host John Berman.

Young’s remarks follow a string of fierce criticisms from President Donald Trump directed at Rep. Elijah Cummings (D-MD), whose district encompasses Baltimore. Over the weekend, the president blasted the 13-term congressman for the Maryland city’s worsening conditions, calling it a “disgusting, rat and rodent infested mess” and a “very dangerous & filthy place.” He also said conditions in the city are “far worse” and than those at the U.S.-Mexico border detention centers.

“I mean, if you want to help us, help us. Don’t talk about it, send the resources we need to rebuild America,” Young stated. “He’s talking about he wants to ‘make American great again.’ Put the money in the cities that need it the most and that way you can make America great again.”

According to the official copy of the city’s Fiscal Year 2019 budget, Baltimore is already spending “$66.3 million in federal grants,” and its “federal fund operating appropriation is budgeted at $165.9 million.”

“In Fiscal 2019… the Federal government is providing a combined $30 million for the renovation of City streets, highways, and traffic engineering projects,” the document reads on page 185.

Several line items of “Federal Fund Appropriation” include $1 million for “general services,” $2.38 million for “Youth Violence Prevention,” $8.77 million for “Housing and Community Development,” and a whopping $29.19 million for “HIV Treatment Services for the Uninsured.”

The city’s budget was finalized under former mayor Catherine Pugh, who resigned just months ago amid a scandal alleging “self-dealing” arrangements, where entities seeking to do business with the city reportedly bought thousands of copies of a children’s book by Pugh to boost its sales numbers. Young, who was city council president at the time of her resignation, became acting mayor and will potentially face his first election for the position in 2020. 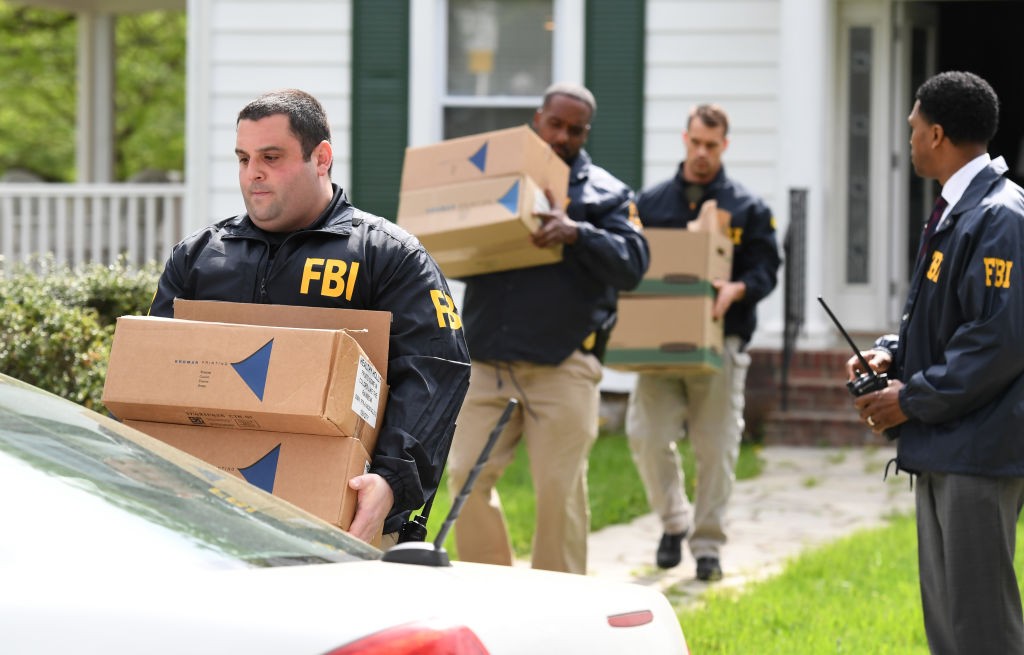 BALTIMORE, MARYLAND – APRIL 25: Federal agents remove items from the home of Baltimore Mayor Catherine Pugh in the 3400 block of Ellamont Rd as they execute a search warrant, on April 25, 2019 in Baltimore, Maryland. Federal agencies raided City Hall, the home of Mayor Catherine Pugh and several other properties as the investigation into the mayor’s business dealings for sales of the “Healthy Holly” books widened. (Photo by John Strohsacker/Getty Images)

If President Trump were to send federal assistance to Baltimore, he would not be the first president to do so in the last decade. In 2009, Baltimore received $1.8 billion from then-President Barack Obama’s American Recovery and Reinvestment Act (ARRA) — however — the Democrat-controlled city has yet to see its fortunes turn around despite the massive investment.

As the Washington Free Beacon reported, the Obama administration allocated $1.8 billion of its 2009 stimulus to Baltimore. Of the investment, $26.5 million was aimed at crime prevention, $26 million to revitalize vacant buildings, and $9.5 million to tackle homelessness.

Despite receiving considerable aid, violence continues to plague Baltimore with homicides on track to pass 300 for the fifth consecutive year. A Breitbart News analysis of 2018 homicide rates shows Baltimore’s homicide rate, which stands at 51 per 100,000 residents, was, in fact, “higher than Honduras and nearly the same as in El Salvador.”

The Baltimore Sun even published an opinion-editorial in November 2016 — Trump’s right: Declare Baltimore a ‘disaster’ and rebuild it — in which Sean Kennedy, a scholar at the Maryland Public Policy Institute, urged for the city to be declared a “disaster” and be rebuilt.