Multinational automaker General Motors (GM) has started closure of its Warren, Michigan, transmission plant, which has been up and running for 78 years, resulting in the immediate layoff of about 335 American workers.

Last year, GM CEO Mary Barra announced the automaker would stop production at four of its U.S. plants, including Detroit-Hamtramck and Warren Transmission in Michigan, Lordstown Assembly in Ohio, and Baltimore Operations in Maryland.

Already, the Lordstown Assembly plant closure has resulted in the immediate layoff of about 1,500 American workers, while another 8,000 workers in supporting jobs in the community are expected to be laid off as well. GM, though, is still hoping to sell the plant to another manufacturer.

This week, GM is beginning to shutter its Warren Transmission plant, a 78-year-old economic institution of the local community and region that currently provides work for about 335 American workers. Aside from the immediate layoffs, closure of the Warren plant — as well as the Detroit-Hamtramck plant — are expected to lay off 16,000 Americans in the state who work in supporting industries. 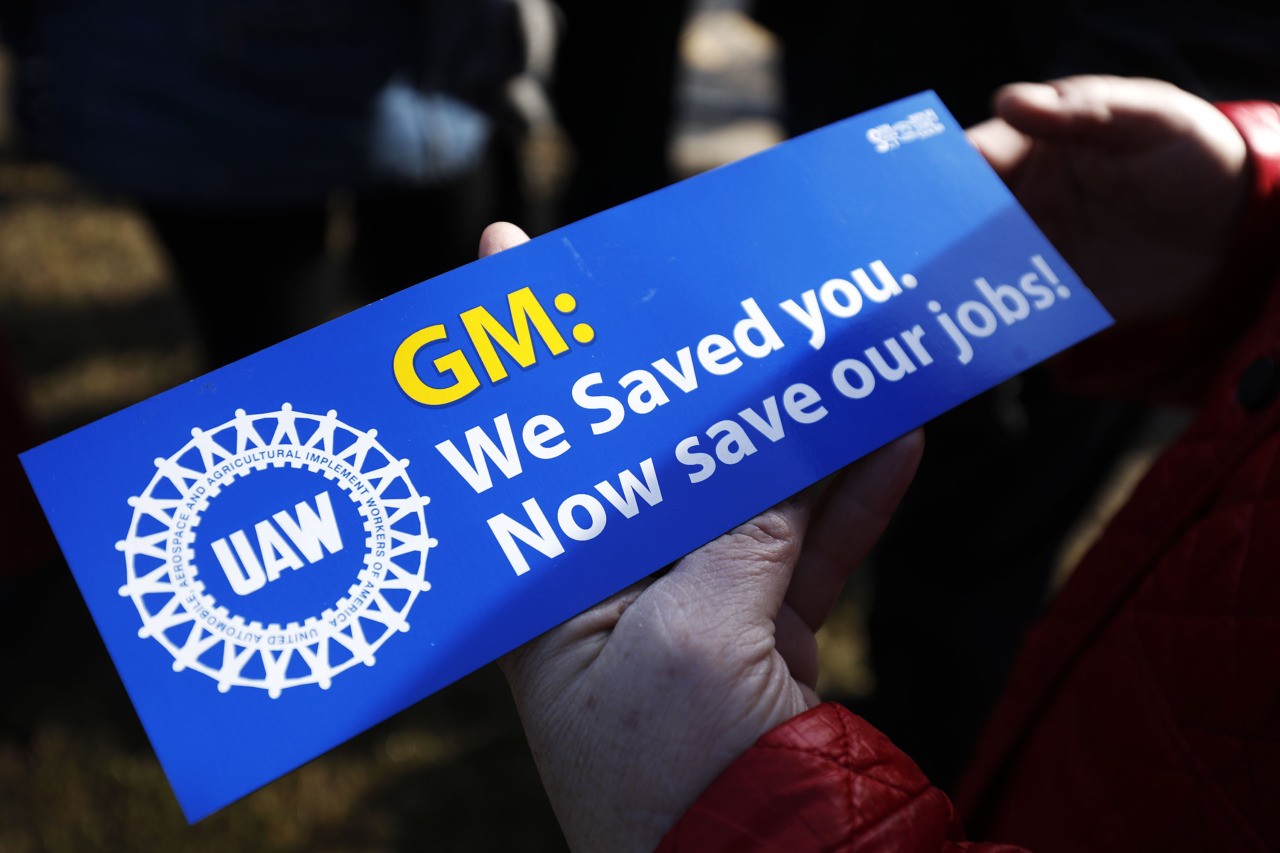 United Auto Workers members hold a prayer vigil at the Warren Transmission Operations Plant on February 22, 2019, in Warren, Michigan. Almost 300 people are being laid off at the plant as a result of GM’s decision to idle the Warren facility. (Bill Pugliano/Getty Images)

A number of Americans who worked their last day at the plant reminisced to the Los Angeles Times about their loyalty to GM, the disbelief that they are out of work, and the livelihood that working for the automaker once afforded them:

“It was a little somber. It was a little bittersweet when the last transmission rolled out,” said Jack Arnold, 49, who has worked on the assembly line for more than two decades. [Emphasis added]

“Getting a job at GM 23 years ago, for me, it was like winning the lottery,” he said. “I was trying to start a family. It kept my now ex-wife at home to raise the children. I was able to buy a house. We went to Disney World — all of that.” [Emphasis added]

“I’m too emotional,” said a 67-year-old woman who has worked for the company for four decades. She was among a group of women who prayed on the factory floor Friday morning. Others crowded around the last transmission to roll off the line — bound for a 2019 Chevrolet Impala — and signed it. [Emphasis added]

Earlier this year, Barra — who has continued to earn a nearly $22 million annual salary — laid off about 1,300 Americans at GM’s Warren Technical Center as part of a broader layoff, leaving about 4,000 workers without jobs. GM executives said so far about 60 of the Warren plant workers have been transferred to other jobs at the company.

While laying off thousands of Americans, GM is set to expand in China and South Korea and is now the top automaker in Mexico where the corporation employs about 16,000 workers and keeps open four plants.

Experts have called on Trump to implement a 25 percent auto tariff to protect American autoworker jobs and the U.S. auto industry from Chinese domination. Likewise, Sen. Bernie Sanders (I-VT), vying for the Democrat nomination for president, has told Trump to immediately ban GM from receiving federal contracts for its outsourcing, offshoring, and mass layoff scheme.

American manufacturing is vital to the U.S. economy, as every one manufacturing job supports an additional 7.4 American jobs in other industries. Decades of free trade, with deals like the North American Free Trade Agreement (NAFTA), have eliminated nearly five million manufacturing jobs from the American economy and resulted in the closure of about 50,000 manufacturing plants.