A new poll published at school reform journal Education Next states a free ride at a public four-year college is a popular concept in the country, with 60 percent of Americans supporting the idea.

According to the survey, respondents were asked two questions:

For both two-year and four-year schools, free tuition is a welcome concept, according to the poll, with 60 percent of those surveyed stating they endorse free public four-year college and 69 percent in support of free public two-year college. 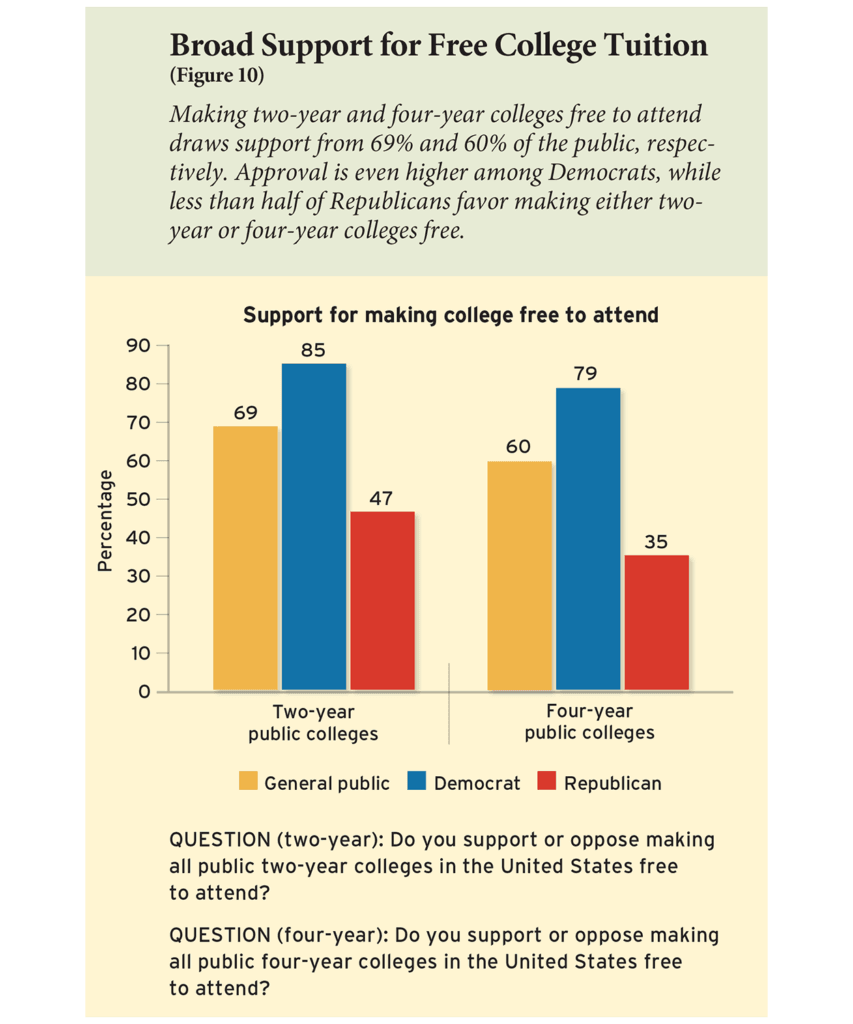 Education Next then reported a polling “experiment” in order to investigate whether a reminder of the economic benefits of a college education would influence opinions about free college tuition. Some survey participants were randomly chosen to obtain information about the average annual earnings of two-year or four-year college graduates.

Results showed information about earnings had little effect on views of free tuition.

The promotion of free college tuition has returned as a popular issue among 2020 Democrat candidates, with most of them touting plans for some version of free tuition.

The Education Next poll sought responses from a sample of 3,046 adults, including oversamples of teachers (667), African Americans (597), and Hispanics (648).