Staff for Rep. Adam Schiff (D-CA) refused to meet with a group of ten senior citizens opposed to the impeachment of President Donald Trump at his district office in Burbank on Thursday, citing a “new policy” on “security.”

The group, which included several constituents of Schiff’s 28th congressional district, Trump supporters, and Tea Party activists, had informed Schiff’s staff ahead of time that they would be coming. They carried home-made signs that read, “Don’t Impeach!”, “Pink Slip for Adam Schiff!”, and “Schiff, is a Shifty Character and a Liar!” They also carried a document listing 200 of Trump’s accomplishments, as part of their opposition to impeachment.

The protest was live-streamed on Breitbart News’ Facebook page, reaching over 200,000 viewers in two hours.

After holding a demonstration on the sidewalk in front of the office building housing Schiff’s office, the group went inside and attempted to meet with Schiff’s staff. Finding the door locked, they rang the doorbell. They were told that they could leave comments for the congressman on cards in the hallway, but that a “new policy” prevented staff from venturing out into the hallway, or inviting the demonstrators inside Schiff’s office, for “security” reasons. 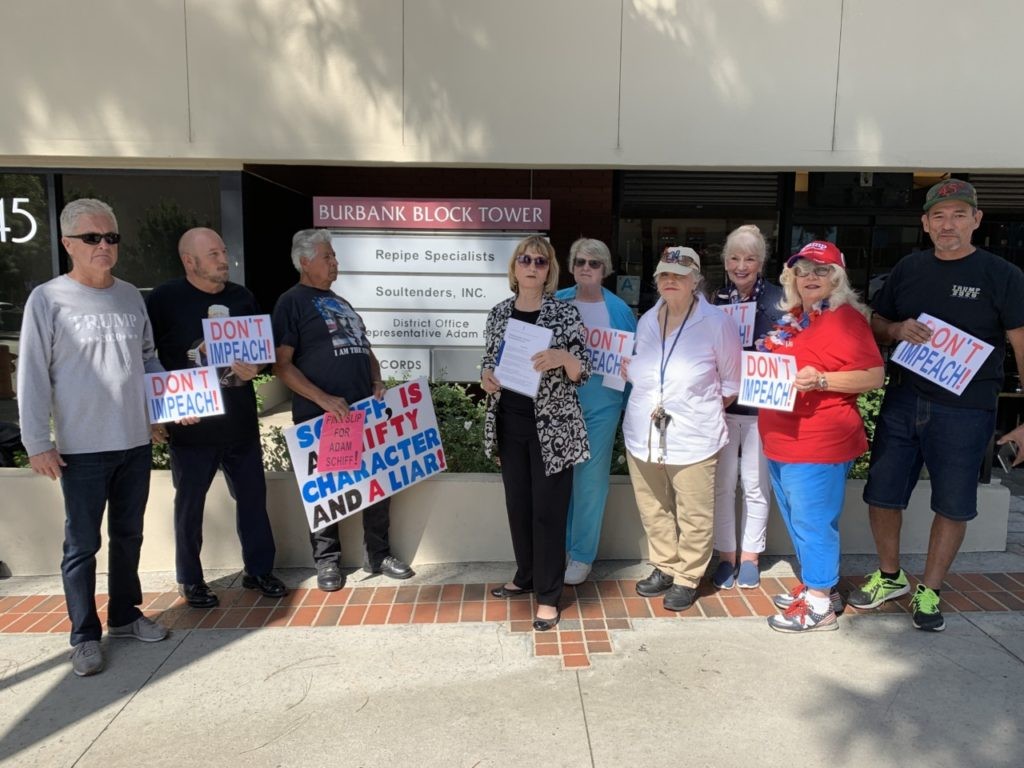 Schiff, who chairs the House Intelligence Committee, is leading the “impeachment inquiry” into the president, though that inquiry has yet to be authorized by a vote of the House of Representatives, as per House precedent.