The following is an exclusive excerpt from Donald Trump Jr.’s new book, Triggered: How the Left Thrives on Hate and Wants to Silence Us, available Tuesday, November 5.

Now, I’m not saying Twitter is inherently a bad thing. Without Twitter, Instagram, and Facebook, we might very well have ended up with Hillary Clinton as president of the United States. During the 2016 election, the mainstream media were so slanted in one direction, so hell bent on twisting my father’s words and making him out to be the worst person who’s ever lived, that there was really nowhere else for him to go but Twitter. If it hadn’t been for the direct person-to-person communication that social media provided, my father might never have been able to break through the mainstream media and the Hollywood propaganda machine and reach as many voters as he needed to reach. So we should give these platforms their due, at the very least. 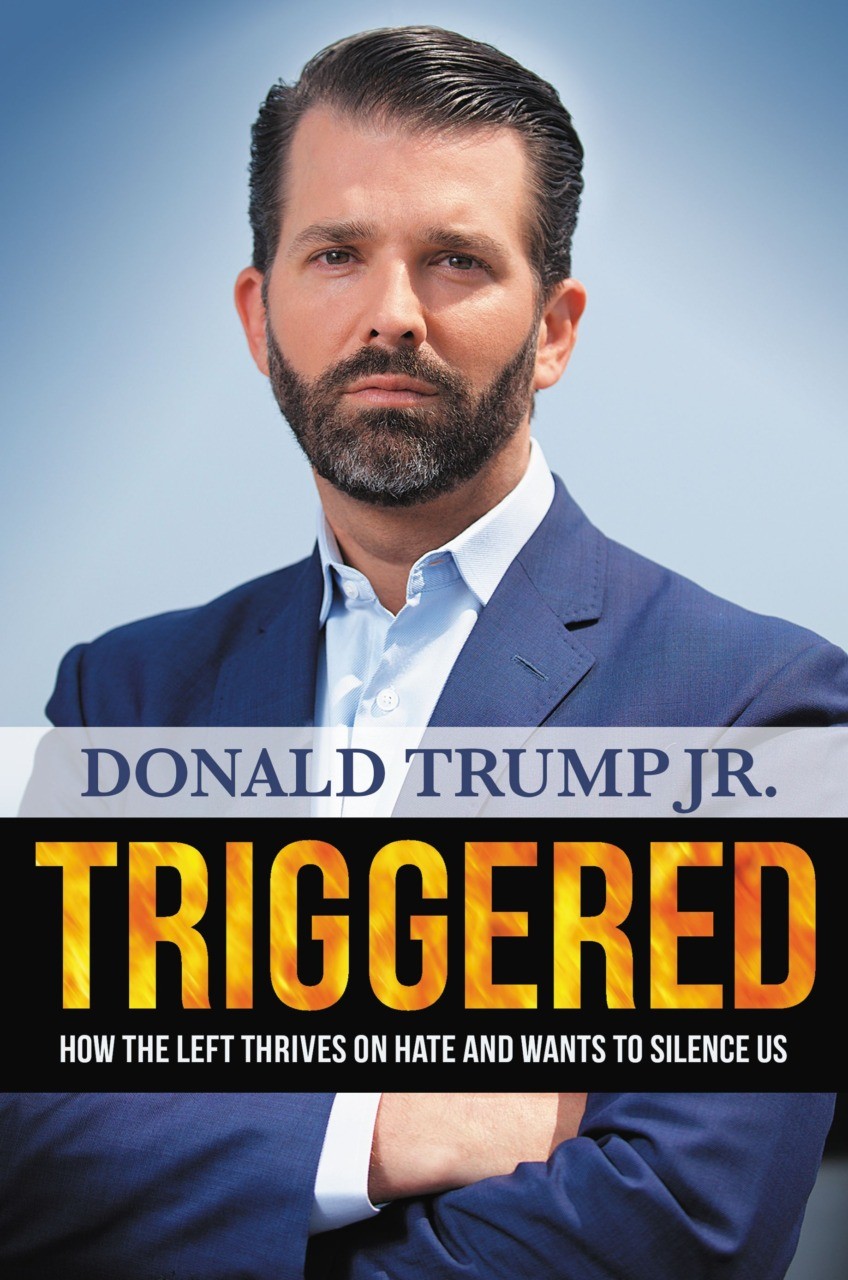 But as soon as my father was elected, the tide turned. Twitter and Facebook decided to use all their power against him and any conservatives who support him. Now, we as a country have allowed Twitter, Facebook, and other tech giants, whose staffs are almost entirely liberal, to censor the opinions of conservatives without consequence. These days it isn’t just wild mobs of Twitter users who coordinate to take down conservatives; it’s the heads of the social media companies themselves. They ban the accounts of conservatives for fraudulent charges of hate speech, hide our posts via algorithms that no one understands, and write their terms and conditions to excuse the casual racism and violence of the left. In this day and age, when social media are the new public square, this “shadow banning” amounts to a complete suppression of freedom of speech. It can’t be allowed to continue.

I wish it weren’t this way, where nearly all our public discourse happens on social media platforms. I really do. But sadly, that’s where we’ve ended up. When news breaks, Twitter is the first place I go to get real-time updates. When I have an opinion that I want to get out into the world and I don’t want the spinmasters at CNN or the New York Times to chop it up and rearrange it first, I post it on Twitter. There’s a reason why, when the Times thought it had caught me red-handed trying to fix the election with Russia, I posted all my emails (which, according to Robert Mueller and anyone else whose eyes are connected to their brains, completely exonerate me) on Twitter. Once they were posted, no one could alter them. Everything went right from me to my followers, and no one else got in on the transaction.

At least that was how I thought it worked.

I am now aware that with every day that goes by, Twitter and Instagram are removing more and more of my posts from people’s timelines. They’re doing the same thing to other people who speak out in support of conservative values. People who have liked or shared my posts have been reporting sudden problems with their accounts or temporary lockouts from their devices. People have even been suspended for things they tweeted years ago but that have only recently been highlighted.

Here’s an example from my own Instagram account. As you will see, I followed the infamous Jussie Smollett story pretty closely on social. When CBS first reported that Jussie had actually paid his “attackers” (who supposedly wore MAGA hats) to attack him, I posted this:

Shocked, I really thought MAGA folks (who are all over downtown Chicago) were waiting with a rope/bottle of bleach to ambush a [rich] guy at 2am in minus 4 degrees because those are conditions where all people go out for Subway rather than order Seamless. Seemed so real.

Instagram took the post down, citing violations and saying I was “putting people in danger.” I mean, seriously. Go look it up. Was anyone put in danger by that? When it was thought that Jussie’s attackers were real, Instagram didn’t touch the most vile, crazy, violent protests in his favor. But one conservative voice reposts a news story from the mainstream media that the attack was faked, and it removes the post.

I was one of the first ones to call out shadow banning. About two years ago, I was looking at my analytics and I noticed something weird. I’d been posting with my usual frequency, and receiving my usual impressions, maybe 35 million impressions for the time period, and my new follower account registered zero. That’s impossible. You can’t have that many millions of impressions and have no new followers. So, after the usual spew of hate crap: “Nobody’s looking at your feed anymore!”, I put up a post calling-out Instagram for manipulating the account. Within a week, I was magically back up to where I was, about twelve thousand new followers. Amazing how that can happen, right?

So, fast-forward to the Smollett post. After I reposted it, and called them out for taking it down, I received an outpouring of thousands of comments and DMs, some even showing videos, of how Instagram was interfering with my following. Some weren’t allowed to like my posts or my father’s. The little heart would light-up, and then it would f lash back off. Some commented, “Hey Don, I had to follow you three times this week and I never unfollowed you.” With others, it was, “Don, I was blocked-out of my account for twenty-four hours for liking one of your feeds.” What made it even crazier was, it didn’t have to be a political tweet! It could’ve been a photo of my kids with my dad! So, it was then that I realized the scale of Instagram’s interference censorship, and could only imagine what they were doing to my father. Take a minute and think about this: if they can do it to me with millions of followers, if they can do it to the PRESIDENT OF THE UNITED STATES!!!, do you think you’re safe from their biased influence? I didn’t think so. And, you know something, I can’t think of a single time of this happening to a liberal. Not once.

After the damage was done, Instagram said it was a mistake. Funny how these mistakes happen only to conservative posts.

Donald Trump Jr. is the Executive Vice President at The Trump Organization. His new book, Triggered: How the Left Thrives on Hate and Wants to Silence Us, is available on November 5.