Three million migrants flooded across the border from 2013 to 2018, including 416,133 people who claimed to need asylum in the United States, according to the Department of Homeland Security.

The report, titled,Assessment of the Migrant Protection Protocols,” showed that 1,230,000 of the migrants were quickly sent home, while 310,592 migrants were allowed to file for asylum during those six years before 2019.

During this six-year period, just under seven percent of the 310,592 asylum requests were approved, while 23 percent were rejected by judges after a complicated process.

The report notes that new training rules are reducing the 2019 number of Central American migrants who are allowed to remain in the United States until a judge considers their asylum claims. “Approximately 13% have received positive determinations [to stay] and 86% have received negative determinations,” ensuring they were sent to Mexico until their court date, the report says.

Another 851,000 migrants corssed the border in 2019, but the new report does not included data about their asylum claims.

During the six-year 2013 to 2018 period, U.S immigration judges rejected a total of 72,013 asylum claims, 23 percent of all claims, the report noted. However, not all of the rejected migrants have been sent home.

The remaining 70 percent of the 2013 to 2018 asylum claims were undecided when the data was collected for the report.

That is bad news for Americans because the 215,922 asylum-seeking migrants with undecided cases can get jobs, either legally or illegally. When migrants get jobs, they reduce wages for Americans while they earn the cash needed to smuggle their children into U.S. schools via the federal “Unaccompanied Alien Children” pipeline.

The migrants may also use the time to birth children in the United States, giving the parents a better chance of avoiding deportation. 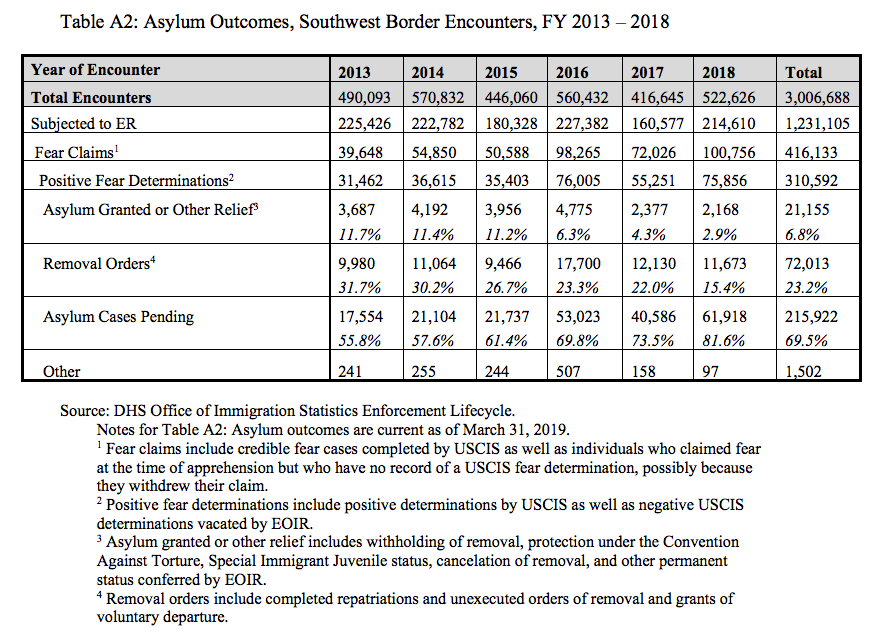 President Donald Trump’s deputies — including the former Attorney General, Jeff Sessions — have speeded up the number of asylum cases that are being processed.

In 2019, for example, the Department of Justice’s judges ordered almost 190,000 foreigners home, more than double the 80,000 migrants sent home in 2016. This total includes claims made by illegal immigrants once they are caught inside the United States. 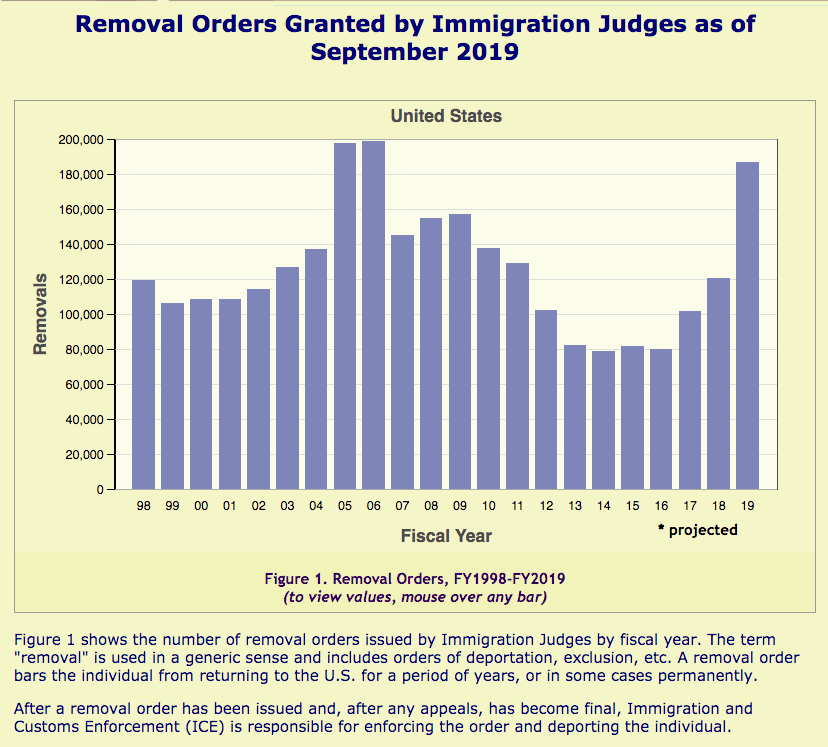 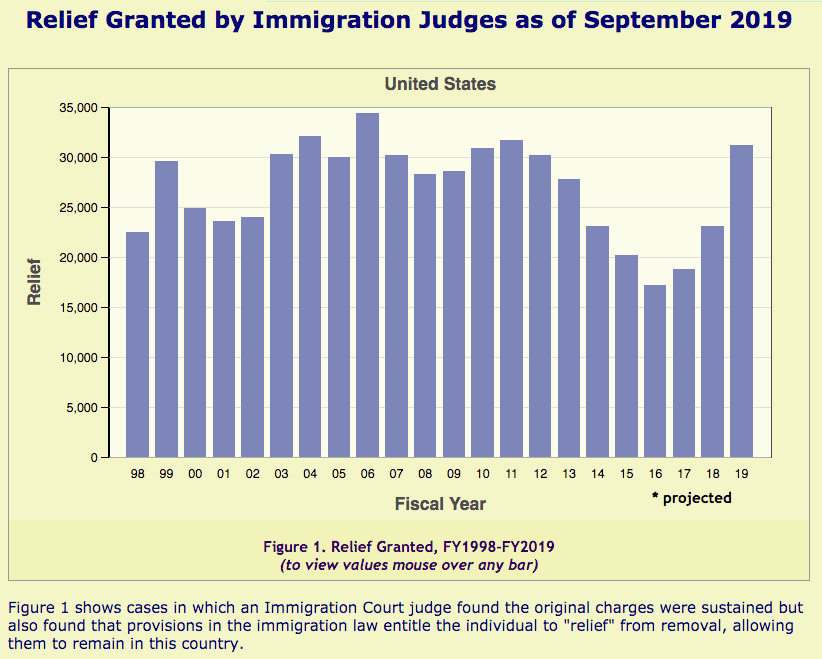 However, the illegal immigrant population in the United States includes at least 12 million adults.

The report does not explain what happened to the 1.5 million border-crossing migrants who were not sent home and who did not apply for asylum.

The bad news was released in a report about the successful “Migrant protection Protocols” program, which defunds the cartels’ labor-trafficking business by denying migrants the opportunity to work in the United States.

“In the past nine months [of 2019]—following a phased implementation, and in close coordination with [the goverment of Mexico] —DHS has returned more than 55,000 aliens to Mexico under MPP. MPP has been an indispensable tool in addressing the ongoing crisis at the southern border and restoring integrity to the immigration system.”

“Border encounters with Central American families—who were the main driver of the crisis and comprise a majority of MPP-amenable aliens—have decreased by approximately 80%.”