Here I thought Ringling Brothers Barnum & Bailey’s Traveling Circus had gone the way of the dinosaurs. But, no. The Greatest Show on Earth surfaced recently at a special appearance on Capitol Hill.

The world has watched this encore performance, likely with the requisite shock and awe. And, a painful experience it has been. This extravaganza performing live on air in the House of Representatives is truly one for the books. They should have skipped the Ringmaster and the trained monkeys and stuck, instead, to legislating, something I recall former Congresses actually attempting to do.

I’m referring, of course, to the Schiff Show in the House Intelligence Committee.  Adam Schiff’s long-awaited day in the sun. His moment to shine. You will recall Adam Schiff.  Currently dual hatted as Ringmaster and Chief Clown, he was the one who went on record early on claiming he had seen evidence of President Trump’s purported collusion with Vladimir Putin and promising that, with patience, we would see it too. He has everything riding on the Impeachment Hoax, his fervent hope that if he couldn’t get Trump on collusion, he can get him on this latest fantasy. Finally.

Veracity is optional in Adam Schiff’s world and morphs much like an amoeba, taking on the shape of whatever he needs it to be.

Stupendously farcical, this Schiff  Show is somehow made even worse by the downright maniacal look in his eyes as he sits upon his throne wielding his gavel.  Silencing Republicans. Orchestrating the actions of an imbedded political operative masquerading as a whistleblower. Operating in secrecy. Because he can. Ah, the long awaited power. It’s gone to his head.

And it is startlingly evident in the unmistakable glean of lunacy in those remarkable eyes as they rapidly dart around the room. You can’t miss it. Creepy. Worse, scary.

For most of us, this kangaroo court in painful to watch.

At best, it’s nothing more than political theater dressed up as constitutional duty.  Lipstick on a pig. At worst, it’s not that innocent. It’s ominously akin to a present day Salem Witch Trial with the suppressed minority victimized just as much as the target, where due process in nothing more than an abstract concept.  We see it. We know it. And we can turn it off. Walk away. Christmas shop. And think about it later.

Not so for this President.  He does not have that luxury. It is his life. The life of his family.  It has become his reality. And the latest assault of the Resistance can’t help but impede his effectiveness to govern. And that is the point. From the day he took office, everything that led up to this moment would have crippled a lesser man.

I often think about his family. His youngest son. His grandchildren. He left a successful and dare I say fulfilling life of comfort by any measurable standard to take on this thankless job. He left the helm of an empire that surely needed him, and he did so without a backward glance.

I’ve never wondered why. I believe it was and is a deep seated patriotism and love of country. He is giving back to a country that afforded him such financial success and was willing to put it all on the line to fix what he saw as broken. Unlike so many others, his run for the highest office in the land was not then, nor will it ever be, motivated by self-enrichment. That much should be clear. He has upset the well-oiled components of those who make up the swamp, the murky business of Washington as a whole, and that is his unpardonable sin.

Hillary Clinton had it half right when she claimed they were “dead broke” when they left office.  She just accidentally on purpose mixed up the timeframe. In actuality. they were dead broke when they arrived at the White House in 1993.  They began fleecing the public upon arrival and never stopped dipping their hands in the till. They left multimillionaires, spent the ensuing years diligently padding their coffers, and never looked back.  The Obamas did rather well, too, arriving with little, multimillionaires today. Their presidencies resulted in riches behind their wildest dreams. Think about that.

Then there is President trump.

Does anyone ever wonder how he does it?  How despite the relentless attacks ranging from the ridiculous to the sublime, the President gets up every morning and gives his all, and has since day one, very close to three years ago? There is just so much a person can take. 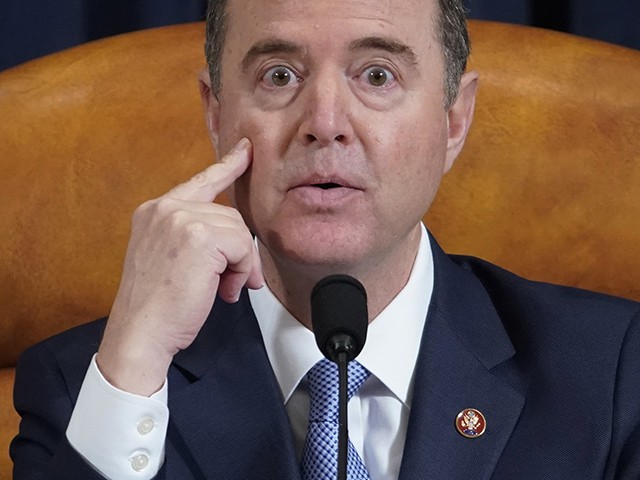 But Donald Trump is not your average person.  Without ever missing a beat, and under the most extraordinary and unprecedented circumstances to ever face a peacetime president, he works for us.  And what a job he’s done. It’s more remarkable that he has achieved such across the board success, considering he has had both hands tied behind his back.  It is left for us to imagine what he could have accomplished with just a little bipartisan support, a little less sabotage, on Capitol Hill.

That he has to fail so the resistors can win is a loss to us all.

The onslaught of media and partisan hatred has never ceased.  It has been relentless. Yet, he has been able to compartmentalize, to reduce to so much white noise everything from the Russian Collusion Hoax to the daily debacle that followed as he boldly forged forward.

But make no mistake. President Trump is not a peacetime president.  He is, for all intents and purposes, a President under siege.  A defacto wartime President, he is the sole enemy of a significant portion of the elected and non-elected government officials of his own country.

With the eager complicity of what used to be called the mainstream media, they have controlled the dialogue since Inauguration Day.  They have had one goal. They want him out at all costs. Their quest is seen as righteous, his presidency illegitimate. In their arrogance, they’ve forgotten who gets to make that determination.

The impeachment proceedings have been in the works since the day this man committed the unforgiveable crime of first being elected and then being sworn into office.  For that, he had to be punished. Tarring and feathering is no longer in vogue. Local Gulags unavailable. Impeachment became the next best thing,

Having worked for two Presidents in the rarified air of the Oval Office corridor, I know first-hand the relentless pressure faced by a sitting President. It’s not for the faint of heart. But this? It makes the experience of his predecessors look like child’s play. Because each had the luxury, more or less, of a status quo in Washington that allowed them to govern. Not so for this President. Not for one single minute.

In the face of his intestinal fortitude, the likes of which I have personally never seen, I’ve begun to think of him as someone with special powers. Because who else could survive all this?  Anyone else would have been flattened by now.

In his seeming capacity for unending valor in the face of nonstop virulent attacks, he reminds me of a figure from my long-ago childhood. A latter-day man of steel, the original caped Superman taking on the demons of Metropolis, even in the face of the deadly Kryptonite. It’s not such a stretch, at least metaphorically.

Of course, he is a mere mortal. The super powers all an illusion. All except one.

An important one. One he should never forget. It is the dogged commitment of his millions upon millions of supporters across our great country, a number growing exponentially as even Democrats recognize the sabotage as this farce marches on, as we watch Trump Derangement Syndrome overtake our government. We are his strength. And in the end, his one real super power.

So, they proceed at their own peril. And they don’t stand a chance.