House Democrats have been seen waving copies of the Constitution over the past several days during various debates over the impeachment of President Donald Trump.

Remarkably, most of them seem to have been waving the same edition — that issued by the Government Publishing Office. Most of the copies appeared to be in near-mint condition.

Here is Rep. Steve Cohen (D-TN) on December 4, during the “legal experts” hearing at the House Judiciary Committee (also above): 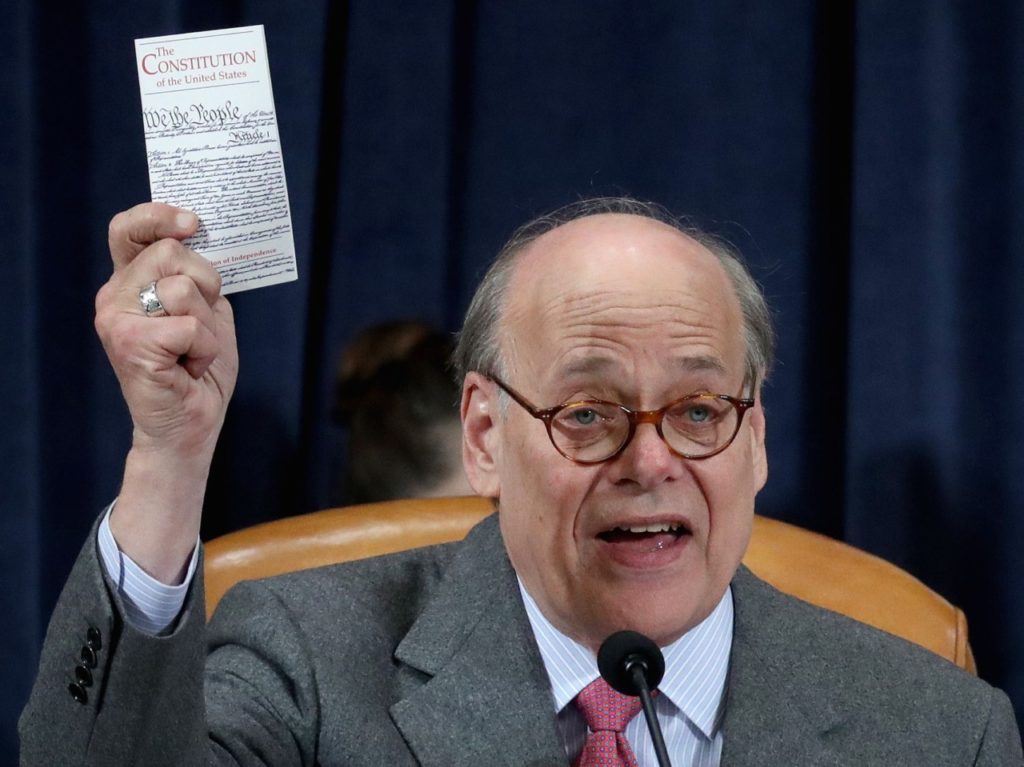 Here is one of several copies propped up in front of members of the House Rules Committee on Tuesday — in this case, in front of Rep. Alcee Hastings (D-FL), who was himself impeached and removed as a federal judge: 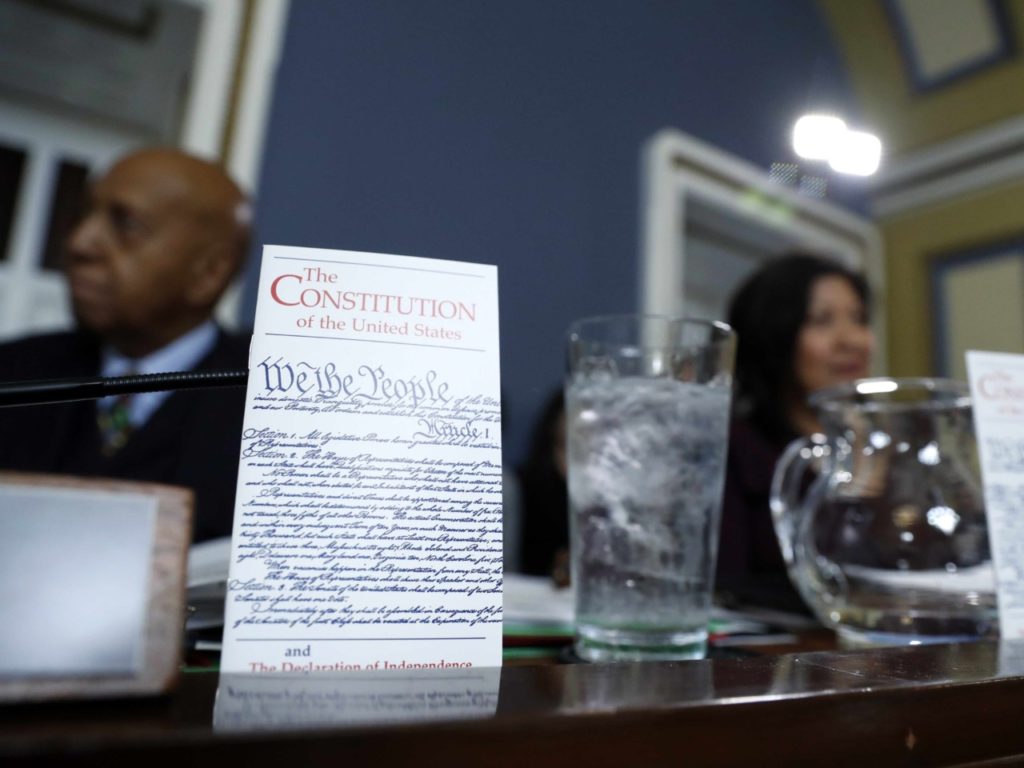 Here is left-wing Rep. Pramila Jayapal (D-WA), sponsor of the House’s version of “Medicare for All,” holding a copy during debate before the House Judiciary Committee: 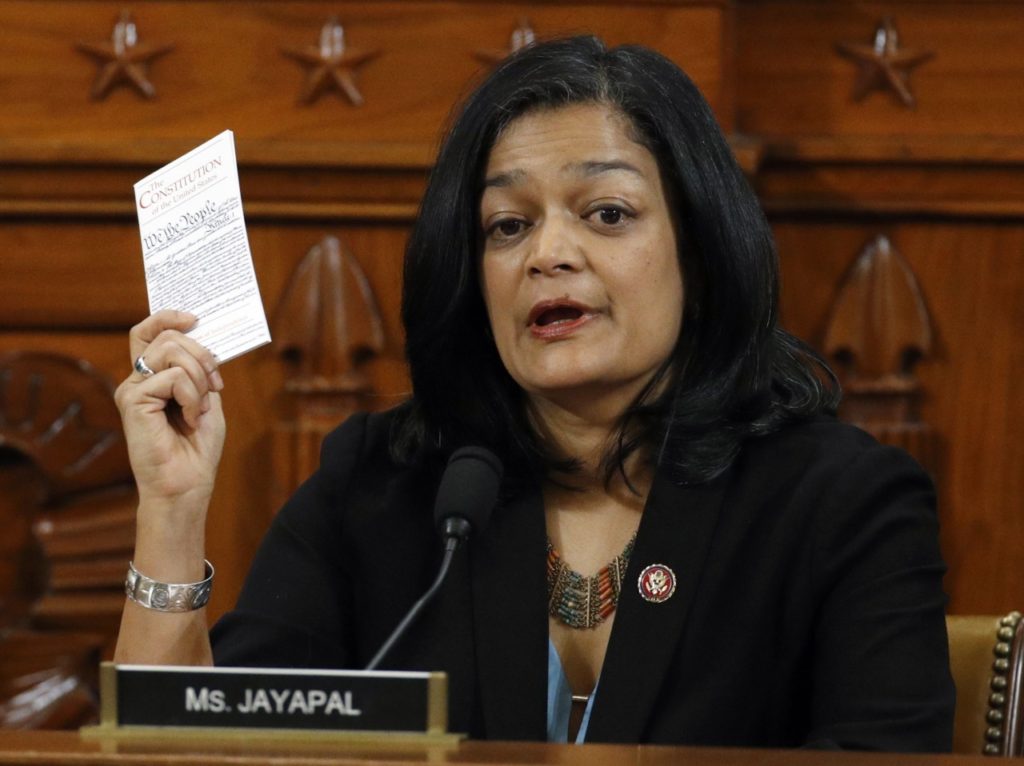 Here is a copy identified by Getty Images as having been placed on the desk of House Rules Committee member Rep. Norma Torres (D-CA): 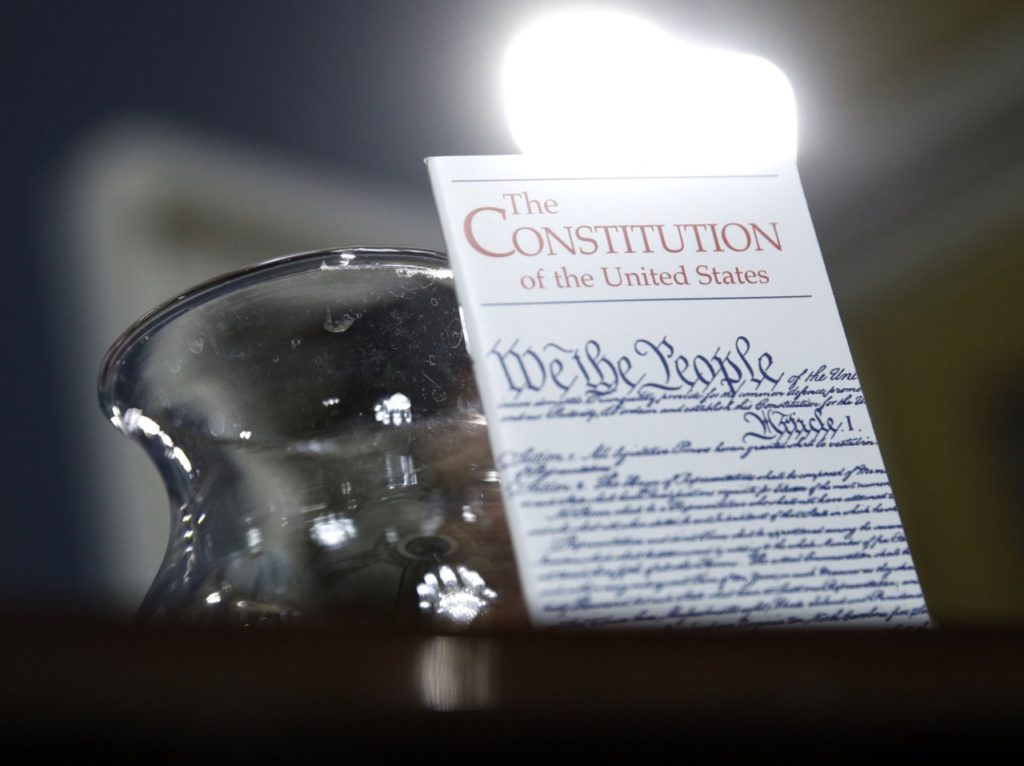 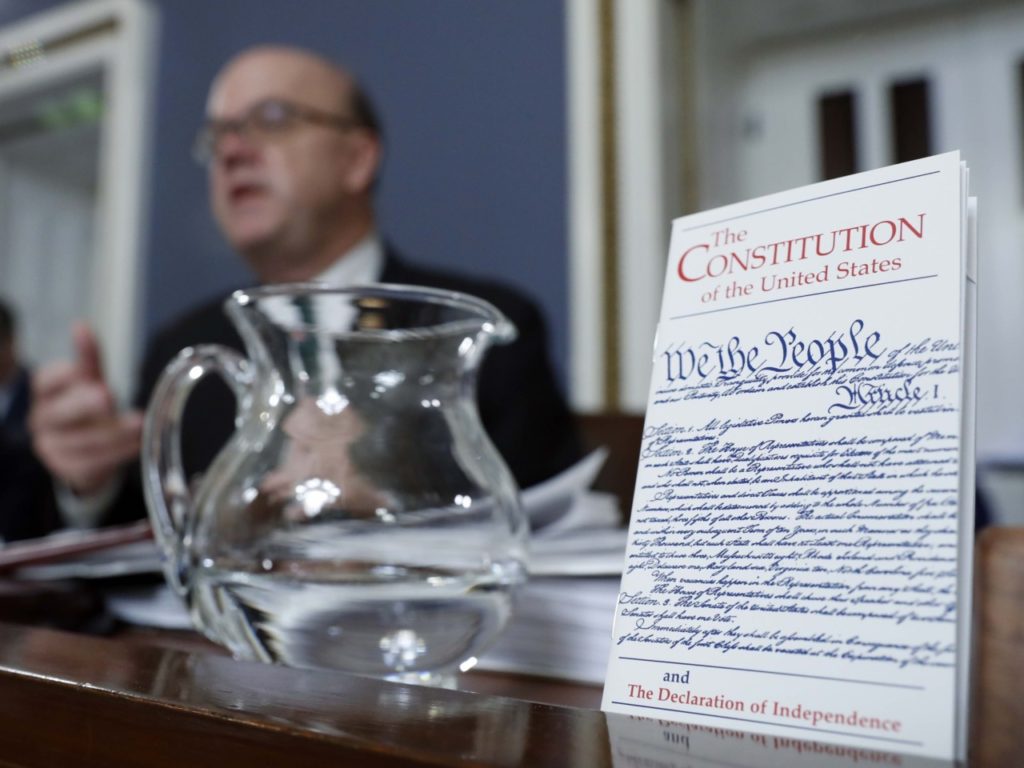 Here is Rep. David Cicilline (D-RI) holding the Constitution in his left hand, and the House Intelligence Committee’s 300-page impeachment report in his right hand, during House Judiciary Committee debate: 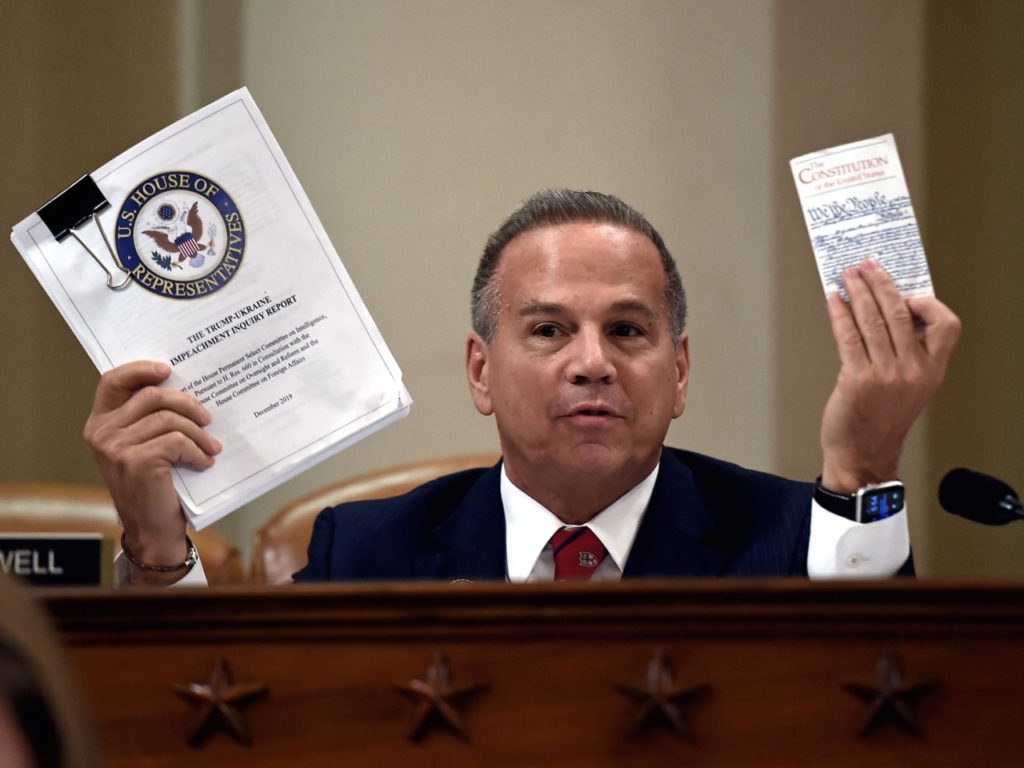 And here is Rep. Madeleine Dean (D-PA) of the House Judiciary Committee — who, to her credit, appears to have brought her own copy of the Constitution, with a card reciting the Beatitudes placed inside. 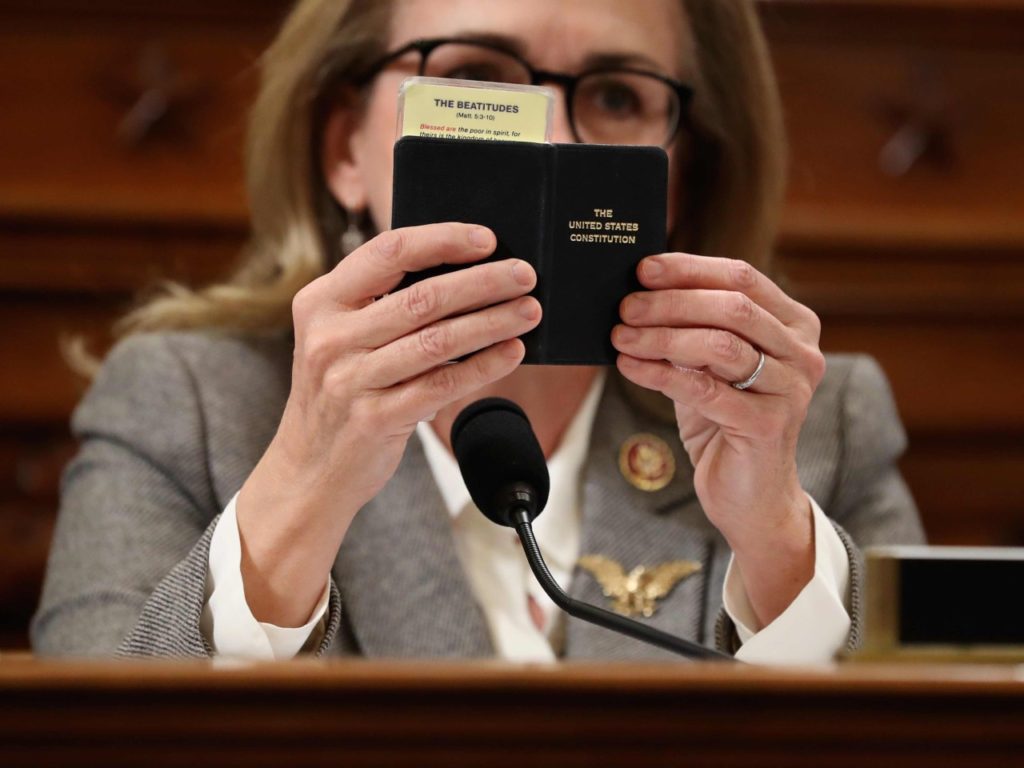 The exception, perhaps, that proves the rule.