On January 15, 2020, Northam claimed there were reports of “violent rhetoric” associated with the then-upcoming Second Amendment rally. He used his state of emergency declaration to announce a temporary ban against possessing a gun on Capitol grounds.

The implication of his ban was that Second Amendment rally attendees could not be armed unless they stayed outside the area which the actual rally was being held. 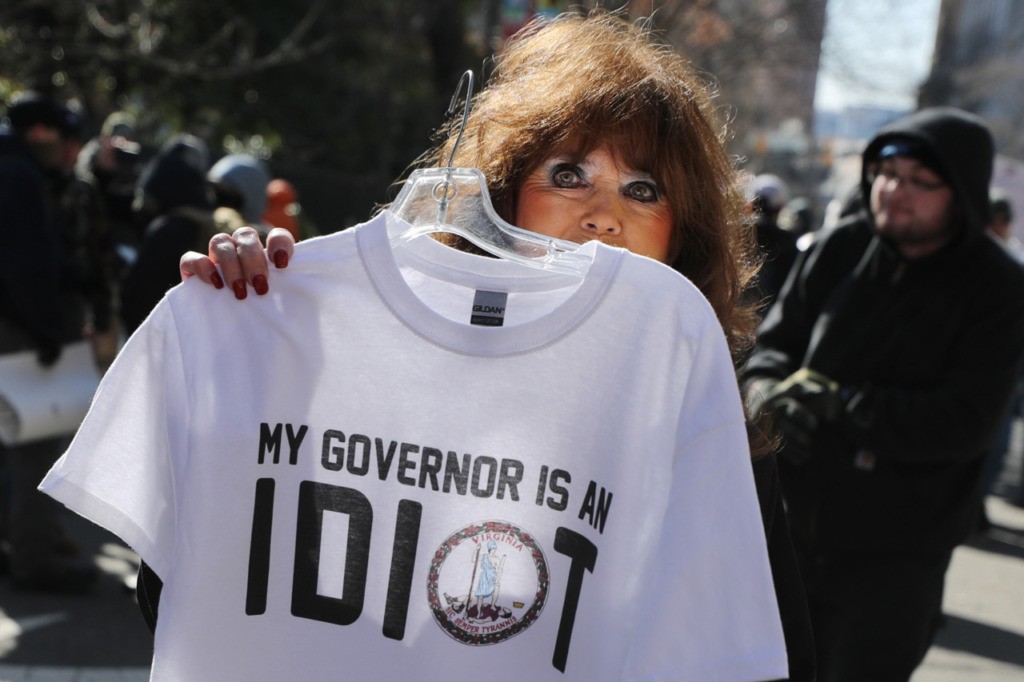 A vendor sells t-shirts on the street outside a gun rights rally organized by The Virginia Citizens Defense League on Capitol Square near the state capitol building January 20, 2020 in Richmond, Virginia. During elections last year, Virginia Governor Ralph Northam promised to enact sweeping gun control laws in 2020, including limiting handgun purchase to one per month, banning military-style weapons and silencers, allowing localities to ban guns in public spaces and enacting a ‘red flag’ law so authorities can temporarily seize weapons from someone deemed a threat. (Chip Somodevilla/Getty Images)

As early as today the state’s Democrat lawmakers could take up Senate Bill 13, which puts in a place a permanent ban against guns on the Capitol Square. The ban actually extends beyond Capitol Square, so as to include “the state-owned buildings that border its boundary streets.”