A new Marist poll released on the anniversary of the Supreme Court’s landmark decision in Roe v. Wade finds most Americans reject the 1973 ruling that created a right to abortion.

According to the poll, which was sponsored by the Knights of Columbus, 62% of Americans say that if the Supreme Court revisits Roe v. Wade, it should rule to allow states to determine abortion restrictions (46%) or make abortion illegal (16%). This outcome includes 39 percent of those who identify as Democrat and 40 percent of those who consider themselves “pro-choice.”

Only 33% of Americans say abortion should be legal at any time without restriction.

Additionally, 65% of Americans, and the same percentage of registered voters, say they “are more likely to vote for” candidates who would limit abortion to at most the first three months of pregnancy. This outcome includes 88% of Republicans, 62% percent of Independents, and 44% of Democrats.

“What our polling makes clear is that millions of Americans describe themselves as ‘pro-choice’ because they believe in some choice, which would include life of the mother, rape, and incest as examples, but very few agree with abortion throughout pregnancy,” said Knights of Columbus CEO Carl Anderson in an interview with Breitbart News at the March for Life in Washington, DC. 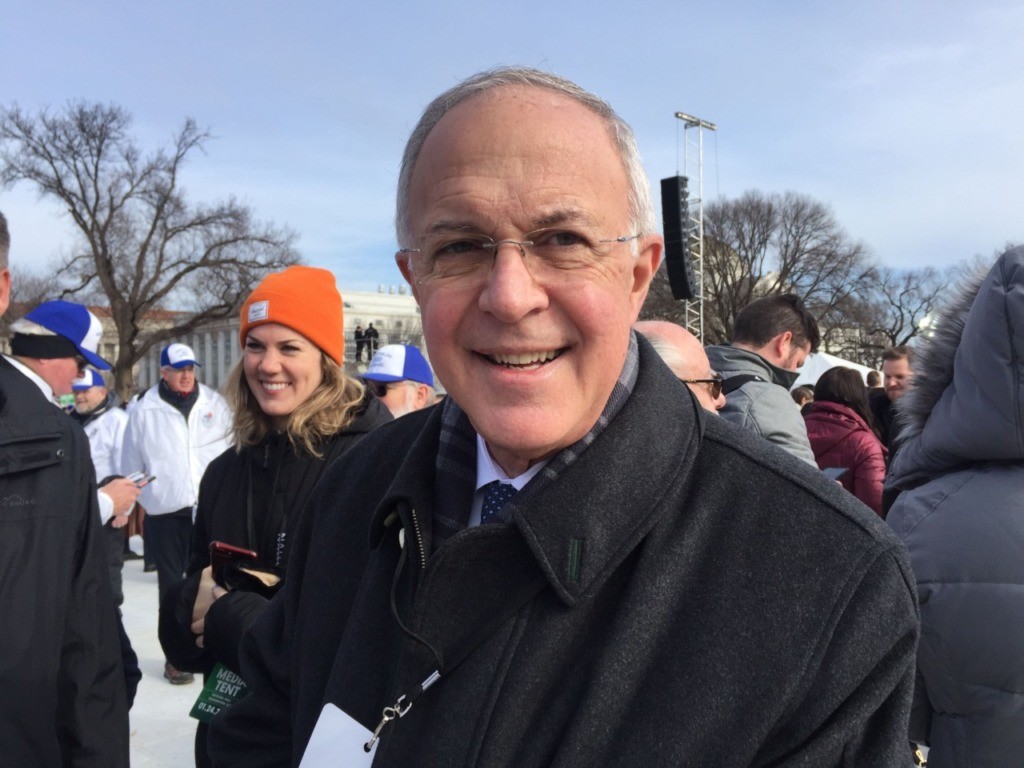 President Donald Trump became the first U.S. president in history to address the annual March for Life event, in person, on Friday.

Anderson said Trump’s presence at the March for Life is a “tremendous example of his commitment”:

I’ve been involved in the pro-life movement for more than 40 years, and so I know how politicians treat the issue. If they just want to treat it as a politician, they do the minimal to get by.

Other pro-life leaders agree Americans are looking for less abortion – not more.

“Loyal pro-Life voters are looking for candidates who respect life and women who deserve our support, as they raise the next generation,” said Students for Life of America President Kristan Hawkins, who added the Marist poll “shows that voters welcome a return of the abortion issue to the grassroots and reject the radical abortion policy that allows for infanticide in abortion vendor offices.”