“What do you do when people are afraid, when the danger is real?” she asked, citing examples of people who, she said, were in danger because of President Donald Trump.

“Do we back down? Do we cower? Or do we fight back? Me, I’m fighting back … Fighting back is an act of patriotism!”

Warren’s campaign held the “Get-Out-the-Caucus” (GOTC) event during early voting as part of a final push in the Silver State. About 200-300 supporters came to hear her at the College of Southern Nevada.

The Massachusetts U.S. Senator is competitive in the state, thanks to a strong grassroots presence. As of late summer 2019, she had the most offices of any Democratic campaign in the 2020 presidential fight.

But the fight, in Nevada, has become “do-or-die” for Warren, after she finished third in the Iowa caucuses and a distant fourth in the New Hampshire primary last week.

Her local campaign also suffered the departure of several “women of color,” who complained about the work environment.

If she fails to finish in the top three in Nevada, her campaign may not be “leaving Las Vegas,” as the saying goes — though the candidate herself appears confident that she can continue to the South Carolina primary and beyond, and is already campaigning in other states ahead of the Feb. 22 caucus.

On Monday, Warren emphasized that she is the hardest-fighting candidate in the race, with supporters holding signs that read “Dream Big, Fight Hard.”

But that may not have been the message undecided voters wanted to hear.

Gina, from Las Vegas — who described herself as “60% Elizabeth, 40% Amy [Klobuchar]” — said prior to the event that she was worried that Warren’s brand of politics might provoke the Republican base.

Warren, she said, “has everything that I want, but I think Amy is a uniter.”

She added: “There are so many reasons to be angry, especially at Trump, but we need someone who can serve everybody and appeal to moderates on the other side.”

Warren drew cheers when talking about her proposal for a wealth tax, and earned some laughs when she joked about some lights in the room flickering out.

“I think a billionaire just turned out my lights,” she said.

She added: “Nevertheless, I persist!” The crowd roared. 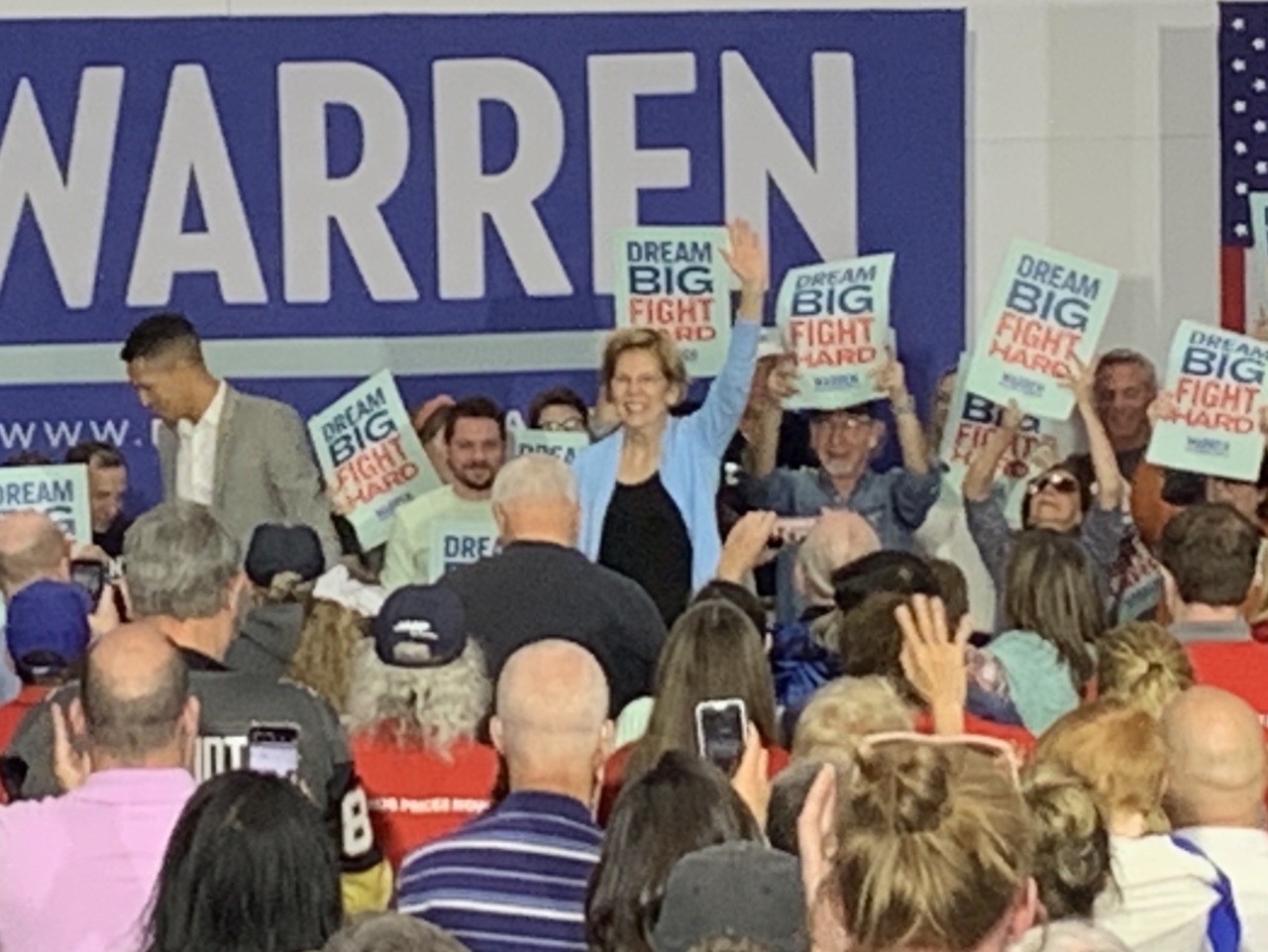 Others liked her economic message.

Matt, from Henderson, said he was undecided and came to the event to “hear a little bit more” from Warren before making up his mind.

“I’m concerned with the fact that I’m in my 40s and have to live with my parents,” he said. “There are positions created on paper that are never filled, or give you no chance of a livable wage.”

Asked what he thought of President Trump’s claims about a strong economy, Matt said it was a “great mask,” arguing that while the stock market was doing well, he knew many people working “anywhere from two to three jobs.”

“I was raised by my grandfather to believe that you should have one job that trains you, that hires you, and that take cares of you in retirement,” he said.

He suggested Warren could win him over if she promised to go after corporate corruption.