RENO, Nevada — Sen. Bernie Sanders (I-VT) compared himself to the late South African President Nelson Mandela in an address to supporters at the University of Nevada, Reno, on Tuesday morning.

“You know, I think back now, and I think, in fact, some of you may be familiar with Nelson Mandela — remember that, and his fight for freedom in South Africa? — and people marching to the polls,” Sanders said, as he closed his remarks, before an audience of about 200 people.

“I’m thinking about the civil rights movement, and people marching to the polls. Well, we’re fighting to change America.”

Sanders then led supporters on a walk to the nearby student union, which is a polling place ,to encourage them to cast their votes on the last day of early voting for the Feb. 22 Nevada caucuses.

The Vermont senator is currently the frontrunner in the race for the Democratic Party presidential nomination, leading in national polls and in Nevada after winning the most votes in Iowa and New Hampshire earlier this month.

Many supporters share Sanders’s nostalgia for earlier idealistic struggles — or simply the counterculture of that period.

One woman came to the event wearing Bernie Sanders-themed attire in the style of the Grateful Dead: 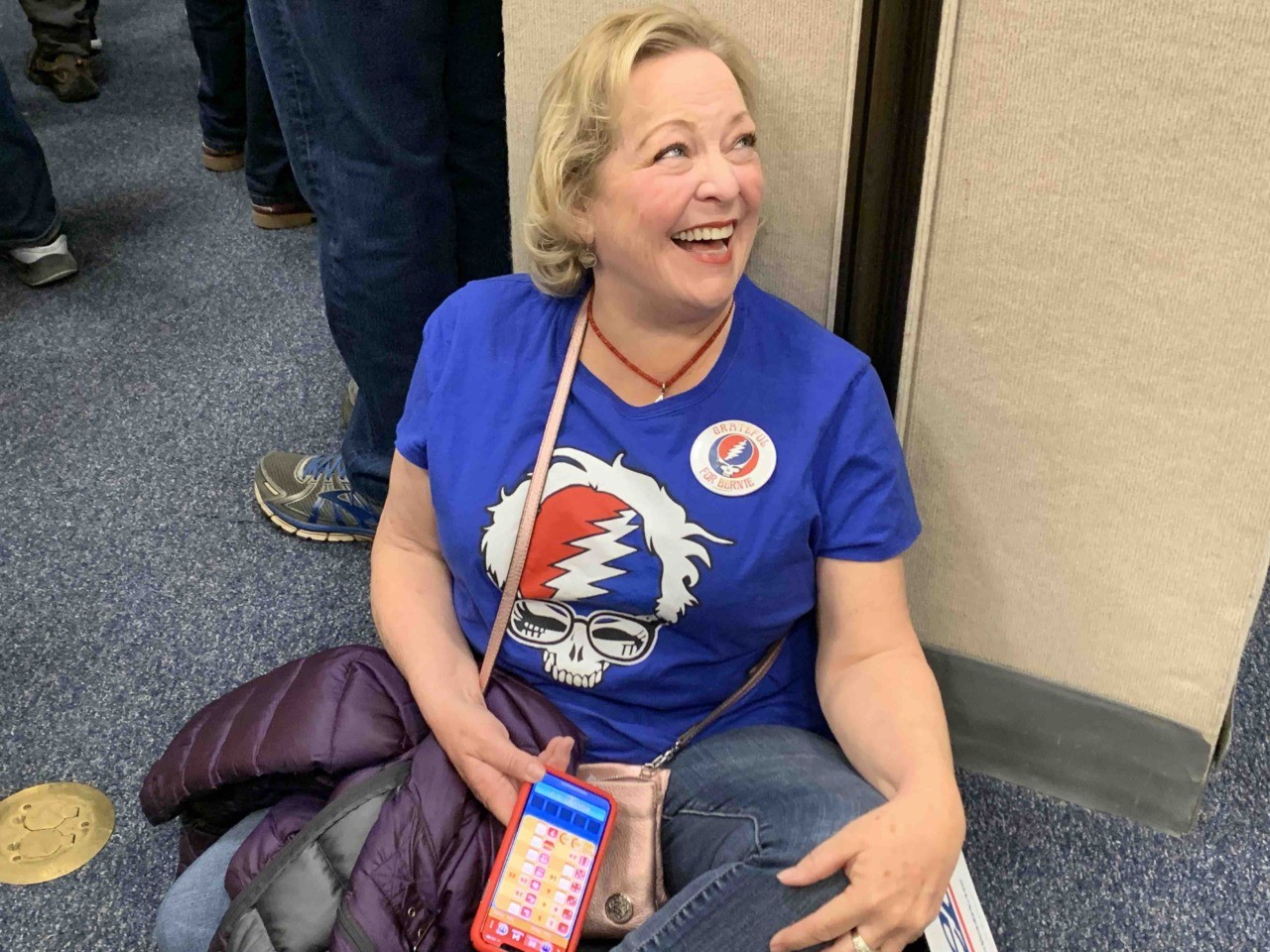 Sanders will face off against the rest of the Democratic presidential frontrunners — including a newcomer former New York City Mayor Mike Bloomberg — in the Democrat debate in Las Vegas on Wednesday night at 9 p.m. ET on MSNBC.
Joel B. Pollak is Senior Editor-at-Large at Breitbart News. He earned an A.B. in Social Studies and Environmental Science and Public Policy from Harvard College, and a J.D. from Harvard Law School. He is a winner of the 2018 Robert Novak Journalism Alumni Fellowship. He is also the co-author of How Trump Won: The Inside Story of a Revolution, which is available from Regnery. Follow him on Twitter at @joelpollak.