The following exclusive excerpt is from Matthew Whitaker’s new book, Above the Law: The Inside Story of How the Justice Department Tried to Subvert President Trump.

I had been Acting Attorney General for fifteen days at the time of that Thanksgiving Day press conference, and I had been presumed guilty—of bias against the Mueller investigation, of being a constitutional “nobody” (since acting cabinet heads don’t require Senate confirmation under the 1998 Federal Vacancies Reform Act), and because I had provided very little legal advice to a company that no longer existed and that later had fallen afoul of the law (for reasons completely unrelated to my advice). 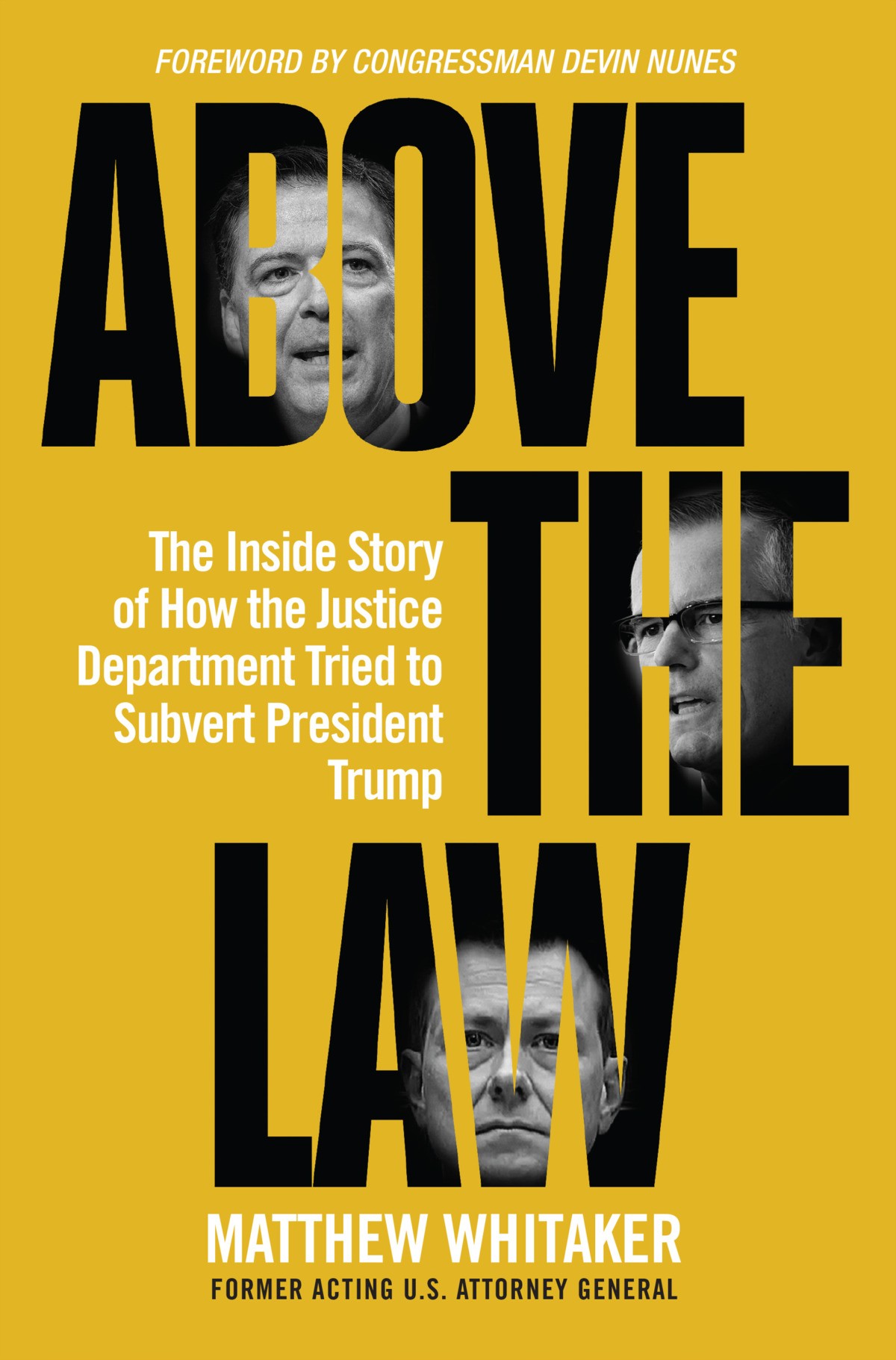 Very quickly, I learned that if you are a political appointee in President Trump’s administration, the media and congressional Democrats, among others, immediately presume you must be guilty of something and will stop at nothing to tear you down. If you are a “career official,” on the other hand, with no evidence of support for the President, then you are regarded as someone free of malice, a modestly paid civil servant toiling with only the nation’s best intentions at heart. In the press, “career official” is practically a synonym for “innocent,” even, or especially, if that career official is revealed to be part of the “Resistance.”

She described the machinations to The Daily Beast:

A week or two later, Rod Rosenstein [then the deputy attorney general] was scheduled to testify on the Hill. And the night before his testimony, the Justice Department spokesperson, Sarah Flores, calls the beat reporters into the Justice Department. This is late at night on a weekday. Calls them in to provide a cherry-picked selection of my text messages to review and report on in advance of Rod Rosenstein going to the Hill the next morning.

The day after Lisa Page’s interview ran, Rod Rosenstein contacted The Daily Beast. He responded that career officials (read: well-intentioned, completely innocent public servants) were responsible: “To the best of my knowledge, career Department of Justice officials determined in December 2017 that those text messages were NOT personal,” he wrote. “They were official government records related to FBI business, and there was no legal basis to withhold them, so they should be released as requested by Congress.”

In my own case, unidentified sources were more than happy to leak to the media and congressional Democrats that I had to be guilty of something as I stepped into the Acting Attorney General role on November 7, 2018. On October 11, 2018, President Trump had told Fox News that “I can tell you, Matt Whitaker’s a great guy. I mean, I know Matt Whitaker.” But only two days after I was appointed, the half-truth smears continued, and the media relentlessly pressed the President. “I don’t know Matt Whitaker,” the President said. “He has a great reputation, and that’s what I wanted.”

It was true that I wasn’t a long-time member of his inner circle, and that was what he was trying to convey. I had only met him after I joined the administration. Since I had become chief of staff, I had worked closely with him and others throughout the White House, and I knew I had made a good impression on him, and that people he respected had spoken well of me. Shortly after he made those comments, we had a conversation where he expressed his respect for my work and confidence that I could do the job well.

I should also mention that as days passed and more information came out, the President appeared to feel more confident in defending me. In fact, he defended me in his November 22 press conference, two weeks after my appointment, and on every other occasion when he was questioned about me.

Still, I knew that under these specific circumstances it would be difficult to survive in this environment long term. Whatever case I’d make against any vulnerabilities associated with me would fall on deaf ears because Democrats and bureaucratic elites simply weren’t going to accept me: I was too much an outsider and had been tarred as having been allegedly appointed only because I had, as a private citizen, opposed Special Counsel Robert Mueller’s investigation.

Two weeks after President Trump’s Thanksgiving Day press conference, he nominated William Barr as his permanent Attorney General. I could feel the tide turning that day as the smears grew quieter. I was no longer their target. General Barr was the right man for the hour. I was not naïve about the media and about congressional and bureaucratic politics in Washington. I was well aware of partisan politics and the ideological bias of the press, but I had no idea the extent to which they would go to damage this President, me, and anyone who supported him or was willing to serve in his administration. I still thought there were some fundamental rules of fairness that almost everyone in positions of power and responsibility followed. I freely confess now: I was wrong.

Matthew Whitaker is the author of the new book, Above the Law: The Inside Story of How the Justice Department Tried to Subvert President Trump. He is a former Acting Attorney General of the United States, chief of staff to the Attorney General of the United States, and U.S. Attorney. He earned his B.A., M.B.A., and law degree at the University of Iowa and was the Hawkeye’s starting tight end in the 1991 Rose Bowl. Now back in private life, Whitaker is a frequent guest on Fox News.