Dr. Deborah Birx on Friday at the White House expressed concerns that new coronavirus cases were reported in the Washington, DC, metro area and other cities like Los Angeles, and Chicago — even though the areas remained closed.

“We still see these ongoing cases,” she said.

She presented a chart showing there was not a dramatic decline in the Washington, DC area of new cases or emergency room visits with coronavirus-like illnesses. 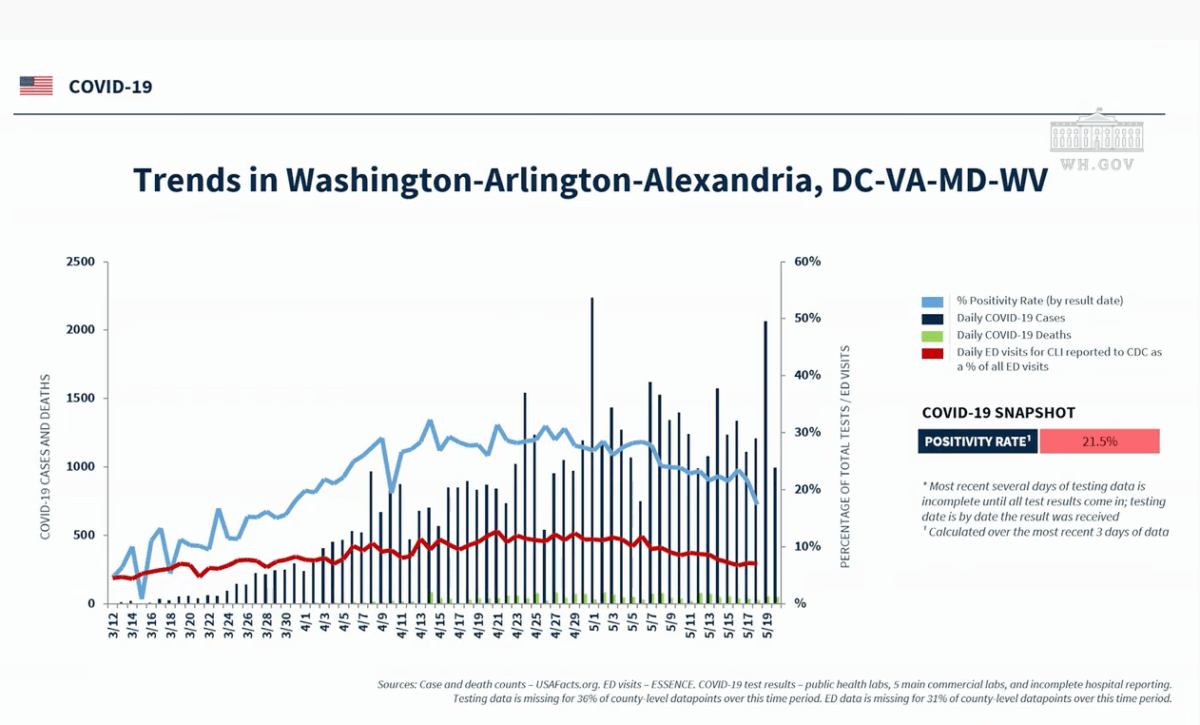 “I’ve asked the CDC, and the CDC is working with the local areas in Chicago, and this area and L.A. to really understand where are these new cases are coming from and what do we need to do to prevent them in the future,” she said.

Birx also questioned studies suggesting that the United States could have saved more lives if they had closed down states earlier.

She noted that Washington state had over 100 cases, but that there were only about 500 cases in the country nationwide.