A statue in west Michigan depicting Union and Confederate soldiers and a child holding a “Freedom to Slaves” sign has been vandalized after a leftist group demanded it be torn down.

Breitbart News visited the statue, part of a collection honoring veterans in Allendale Township’s “Garden of Honor,” about two weeks ago after the Michigan Association of Civil Rights Activists said it should be removed because it is “highly offensive.”

The Confederate soldier appears on the left in the photo below and stands back-to-back with his Union foe: 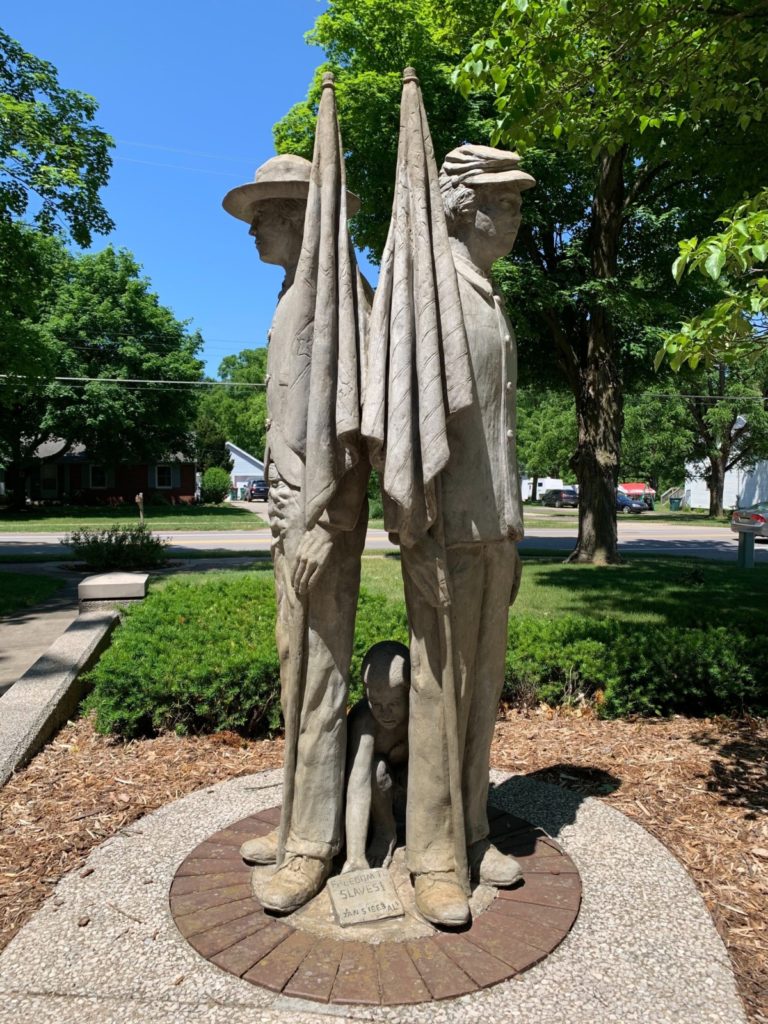 The group’s demand prompted a township meeting last week, and board members “expressed they had no desire to remove the statue,” Fox 17 reported.

Antifa may be doing it for them.

Supporters and opponents gathered at the statue on Saturday, and video shows opponents dressed in black verbally attacking a journalist:

Breitbart News visited the statue again on Monday and found it was vandalized.

The nose was broken off: 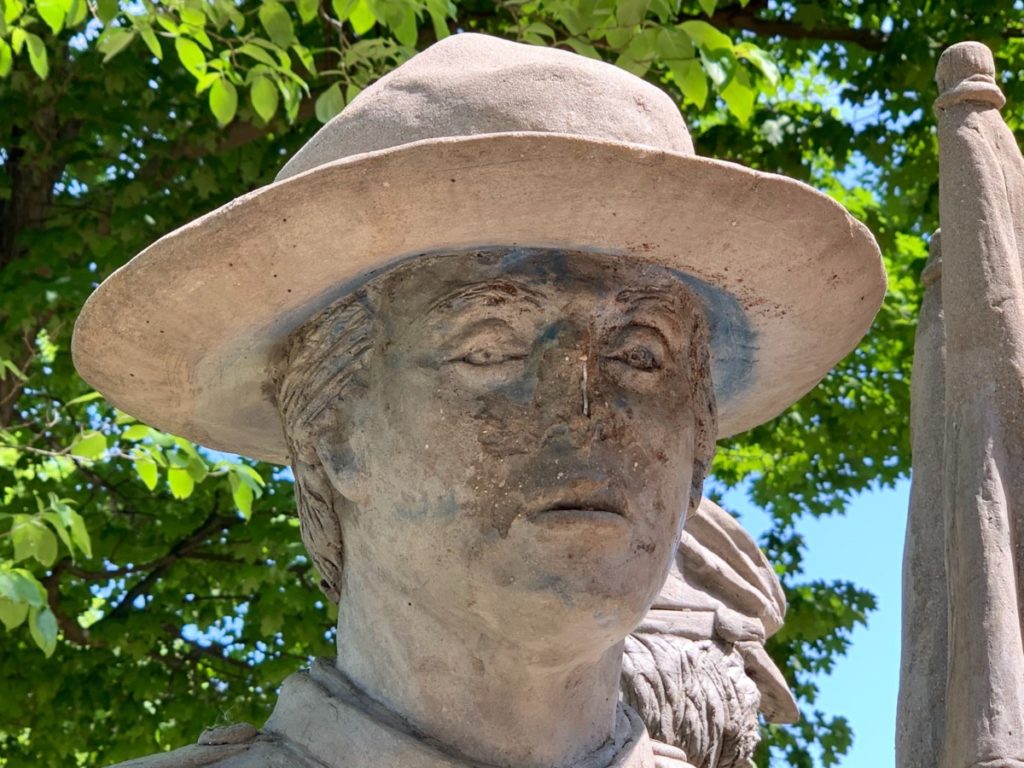 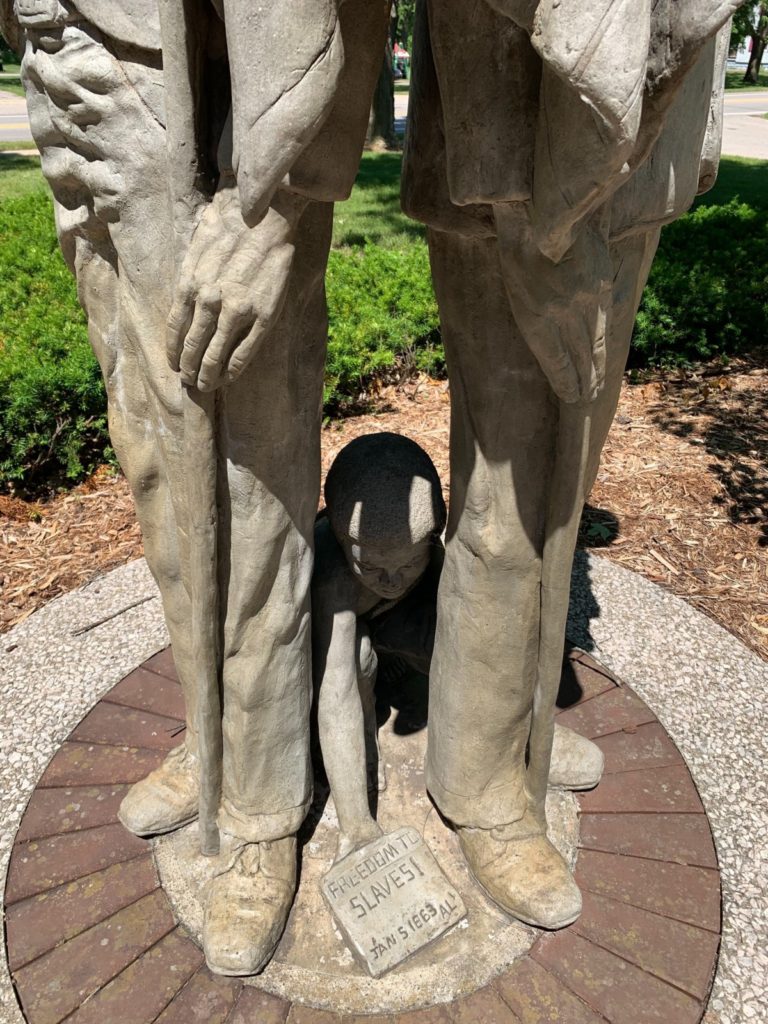 A photo from Monday shows the hand damaged: 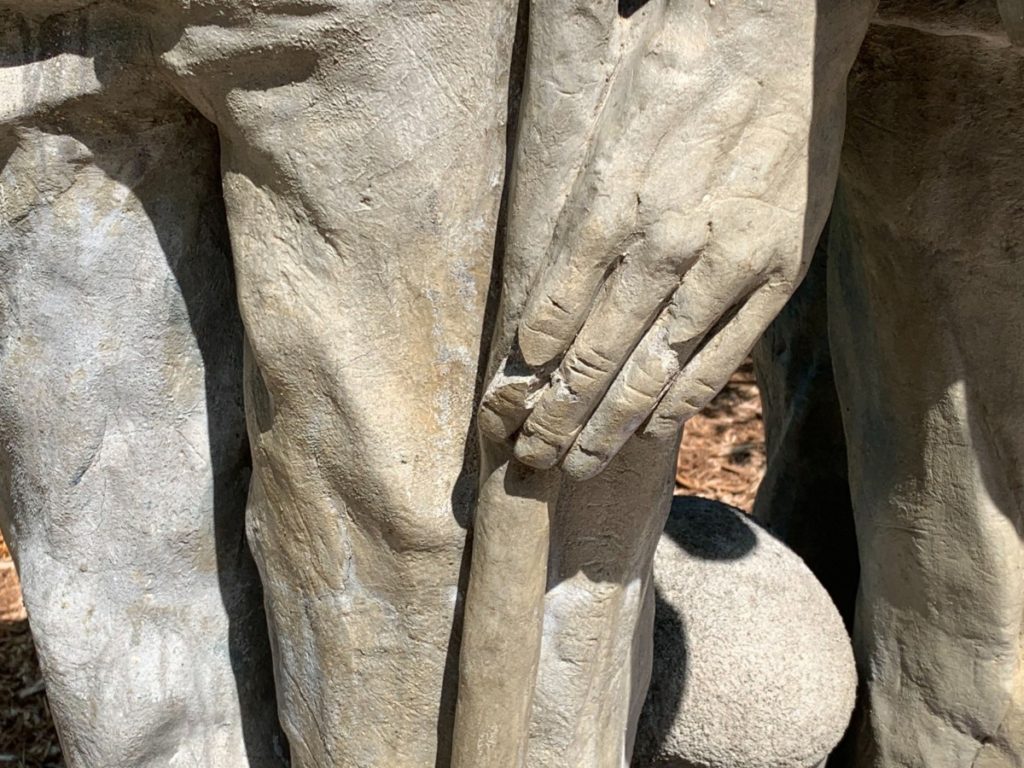 Township Supervisor Adam Elenbaas told Breitbart News, “A couple weeks ago part of the statue was spray painted and someone hit the statue with a hammer. The graffiti was cleaned off.”

“Last week the statue was wrapped in plastic and handwritten notes were attached to the plastic,” he said.

“This is my sister’s statue,” Barb Glass said at the township meeting, according to Fox 17.

“She put it up, she made them, and it breaks my heart that this is happening. I’m sorry, but I hate those guys for doing this to her. … She took her bare hands and did it for the township of Allendale.”