A peaceful crowd gathered in the nation’s capital on Tuesday for an “emancipation celebration,” where speakers called for not only preserving the Freedman’s Memorial in Lincoln Park that has been targeted by protesters but for President Donald Trump to establish a National Garden there and rename it Unity Park. 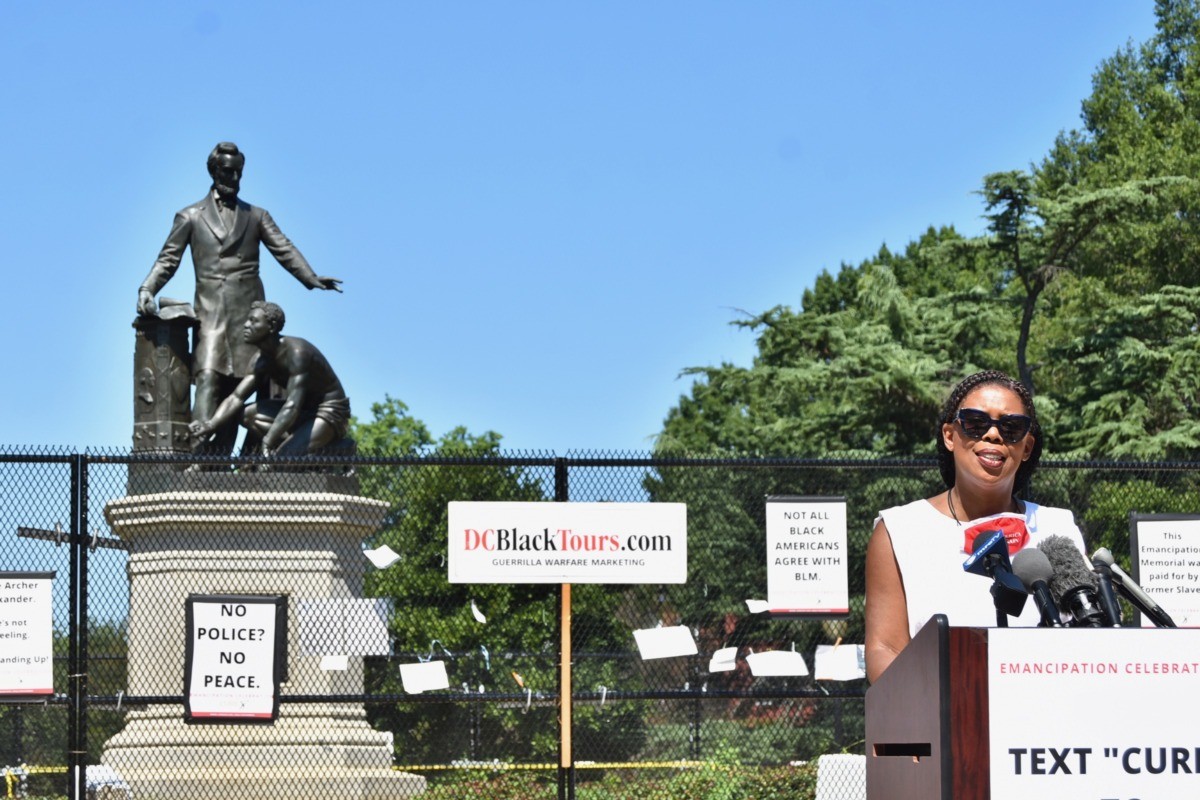 Star Parker of UrbanCURE spoke on Tuesday at Lincoln Park in Washington, DC, to urge the preservation of the Freedman’s Memorial at the park. (Penny Starr/Breitbart News)

“I  salute President Trump for signing the executive order to establish a new national garden of American heroes,” Star Parker, founder of the Center for Urban Renewal and Education (CURE), said at the event. “He stated that the garden would include statues of American heroes from all walks of American life.” She continued:

So in addition to being her today to rally and campaign this historical and sacred treasure we at UrbanCURE propose that President Trump select this location at Lincoln Park to be the home of his new national garden — the one he envisions — and that the park be renamed Unity Park to not only capture the theme of American heroism that illuminates all ethnicities in our nation but also to shine a light on our one set up principles and on our one God.

Parker and others spoke with the statue titled “Emancipation” as a backdrop, where placards were also placed along the fence that the National Park Service constructed to protect the statue. “If no police — then no peace,” one placard read. “Not all black Americans agree with Black Lives Matter,” another read. 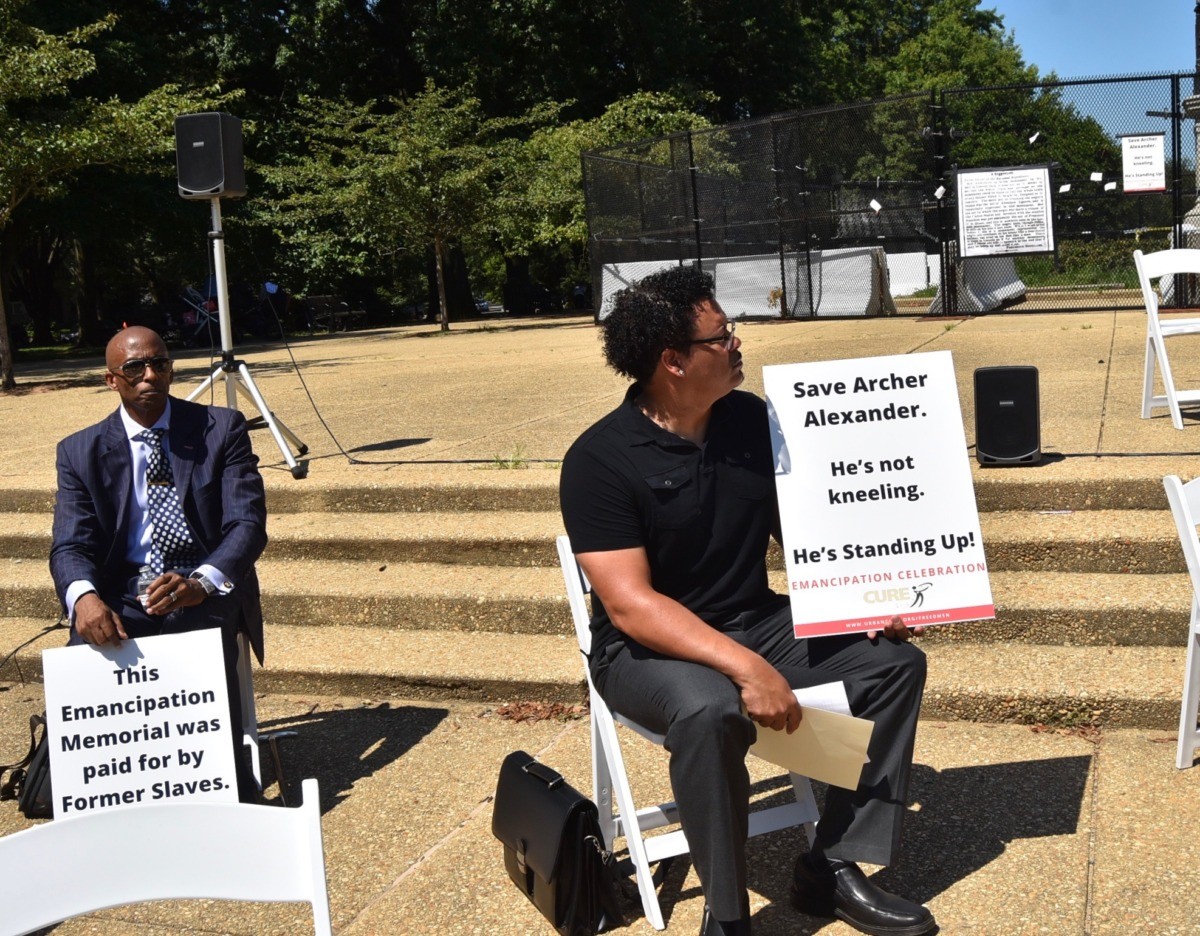 She also addressed the controversy over the memorial, which shows President Abraham Lincoln with one hand holding the Emancipation Proclamation and the other hand above the head of Archer Alexander, a former slave who served as a model for the statue.

“Archer Alexander is not kneeling; as a track star prepared to run a dash, the kinetic motion in this figure shows him just emancipated to stand and run his race as a free man,” Parker said.

UrbanCure has also launched a petition drive to collect 10,000 signatures to counter Bowser and Holmes Norton’s petition calling for the memorial to be removed.

“This Emancipation Memorial was literally paid for by former slaves,” the petition website stated. “Help us preserve this historic statue in Lincoln Park that Black Lives Matter, liberals and Antifa want to destroy. Help us sustain the deep history of African Americans and the freedom they fought and died for.”