U.S. tech jobs have been hugely hit by the crisis, data analyzed by economists with Indeed.com finds, even more than the overall job market. For example, in recent weeks, tech job postings are about 36 percent below where they were at the same time last year.

Economist AnnElizabeth Konkel writes that the U.S. tech job market is “showing no signs of bouncing back.”

As tech postings have declined, relative job seeker interest in the sector has risen. In February, tech job postings received 68% of the clicks of the average posting. By July 24, tech postings were attracting 95% of the clicks of the average job. More clicks per posting means that, relative to employment opportunities, more people are interested in these jobs than in the pre-COVID era. This greater competition could spell a loss of bargaining power for tech workers. If more people want these jobs, tech companies may scale back benefits like unlimited personal time off. [Emphasis added]

With fewer tech job postings and increased job seeker interest, in the field, competition for sector jobs is heating up. Companies are back in the driver’s seat, which could reduce tech worker bargaining power. In addition, benefits like unlimited time off and well-stocked snack bars could go on the chopping block. At the same time though, substantial geographic diversification of the tech workforce could occur if the sector widely adopts permanent remote work. Unless that happens, jobs may continue to concentrate in the major tech hubs, tightening the hold of places like Silicon Valley on this strategic part of the economy. [Emphasis added] 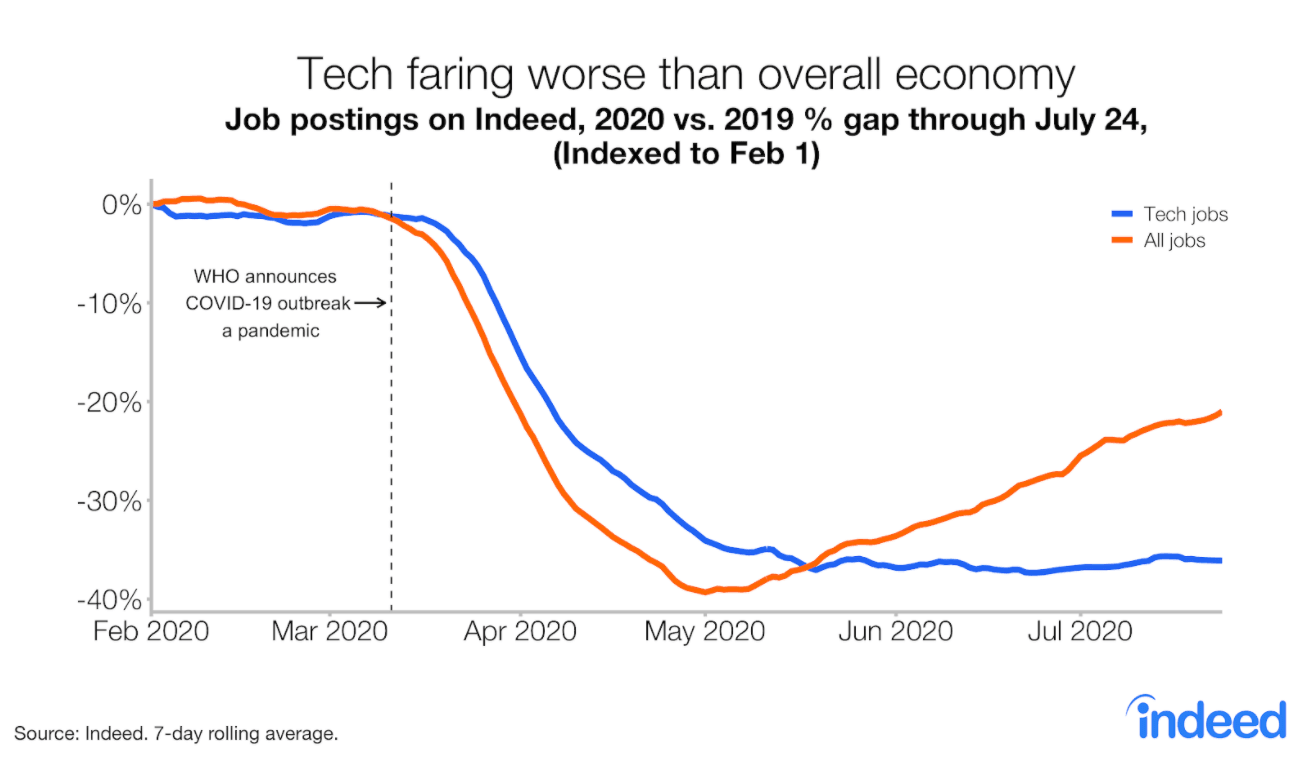 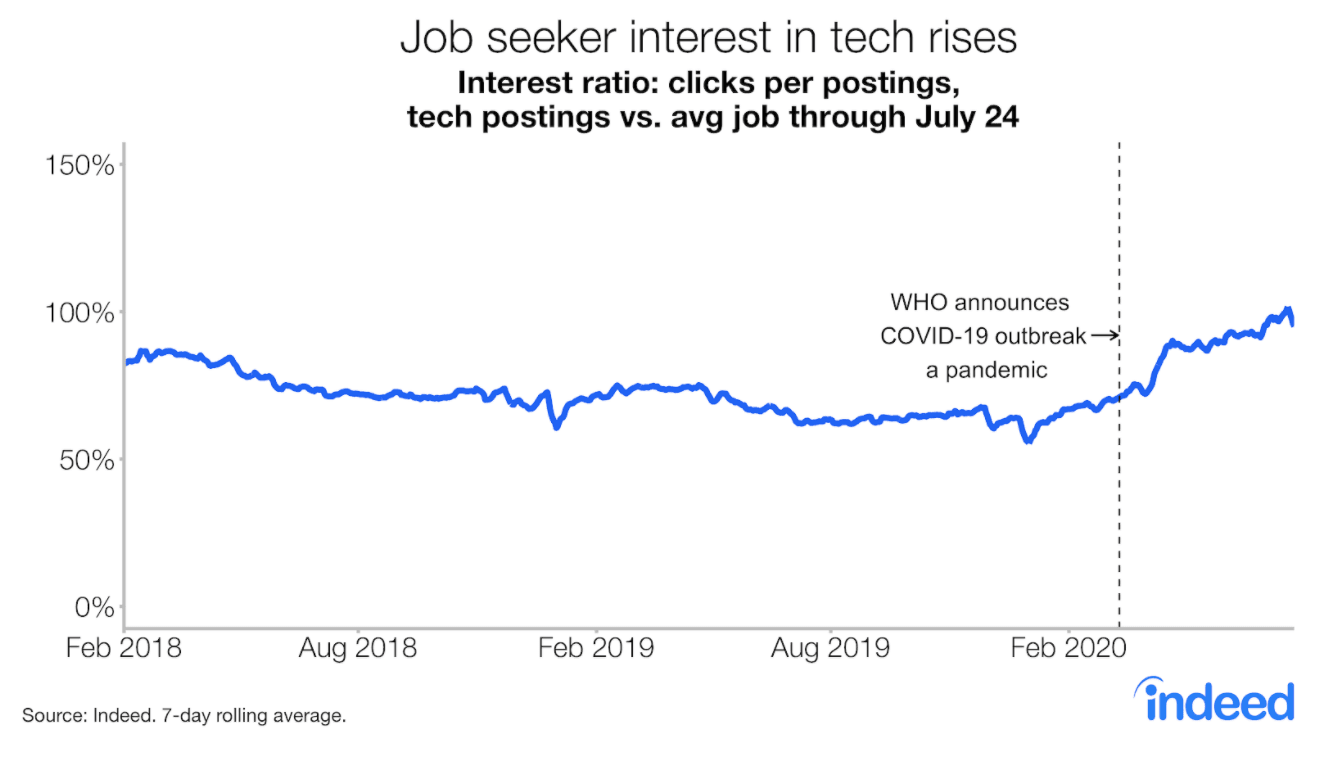 The increased tech job competition comes as President Trump moves to protect American workers in the tech industry from being replaced by imported H-1B visa workers — as had recently begun occurring at the federally owned Tennessee Valley Authority (TVA).

In the midst of record unemployment — where 30 to 40 million Americans remain unemployed and underemployed — the TVA had started outsourcing 200 “critical infrastructure” tech jobs to H-1B visa workers by contracting them through outsourcing firms like Capgemini, CGI, and Accenture.

The TVA outsourcing scheme spurred a campaign by grassroots activists with U.S. Tech Workers, including former Attorney General Jeff Sessions and Protect U.S. Workers’ Sara Blackwell. The activists blasted the TVA’s outsourcing in the midst of mass unemployment and asked Trump to intervene.

On Monday, Trump signed an executive order to require all federal agencies to complete internal audits to assess their compliance with requirements ensuring only American citizens are given federal civil service jobs.

"Today, I am signing an executive order to ensure that the Federal government lives by a very simple rule: Hire American." 🇺🇸 pic.twitter.com/G8YGU99XMb

Likewise, the Department of Labor will soon finalize guidance to prevent employers from importing foreign H-1B visa workers at an outsourcing firm in order to displace American workers at another company, as is often the practice.

The order comes as Trump has already signed an order that has halted the inflow of a number of foreign visa workers — freeing up likely 600,000 U.S. jobs — to reduce competition against unemployed Americans and drive up wages.

There are about 650,000 H-1B visa workers in the U.S. at any given moment. Americans are often laid off in the process and forced to train their foreign replacements, as highlighted by Breitbart News. More than 85,000 Americans annually potentially lose their jobs to foreign labor through the H-1B visa program.

Analysis conducted in 2018 discovered that 71 percent of tech workers in Silicon Valley, California, are foreign-born, while the tech industry in the San Francisco, Oakland, and Hayward area is made up of 50 percent foreign-born tech workers. Up to 99 percent of H-1B visa workers imported by the top eight outsourcing firms are from India.