A woman on a recent American Airlines flight who left a note calling a flight attendant a “mask nazi” has been banned for life from using the carrier.

The Travel Pulse website reported that airlines have suspended 700 people for not wearing masks.

The website also detailed how the American Airlines incident unfolded on the plane:

The incident, first reported by TMZ, apparently happened at some point last week. The flight attendant, also female, alerted her superiors. The note somehow wound up in the hands of a fellow traveler, who tweeted out its content with a picture.

Several people who replied to the tweet questioned the veracity of the note, apparently written on the waste/vomit bag in the seatback. But American Airlines confirmed the incident to TMZ, saying it is investigating the note and it has already suspended the customer’s ability to travel on its planes.

“Our flight attendants are professionals who play a critical role in ensuring the health and safety of our passengers, and we will not tolerate mistreatment of them,” an airline spokesperson said.

The woman obliged when she was asked to put her mask over her nose but left a note on a trash bag while deplaning: 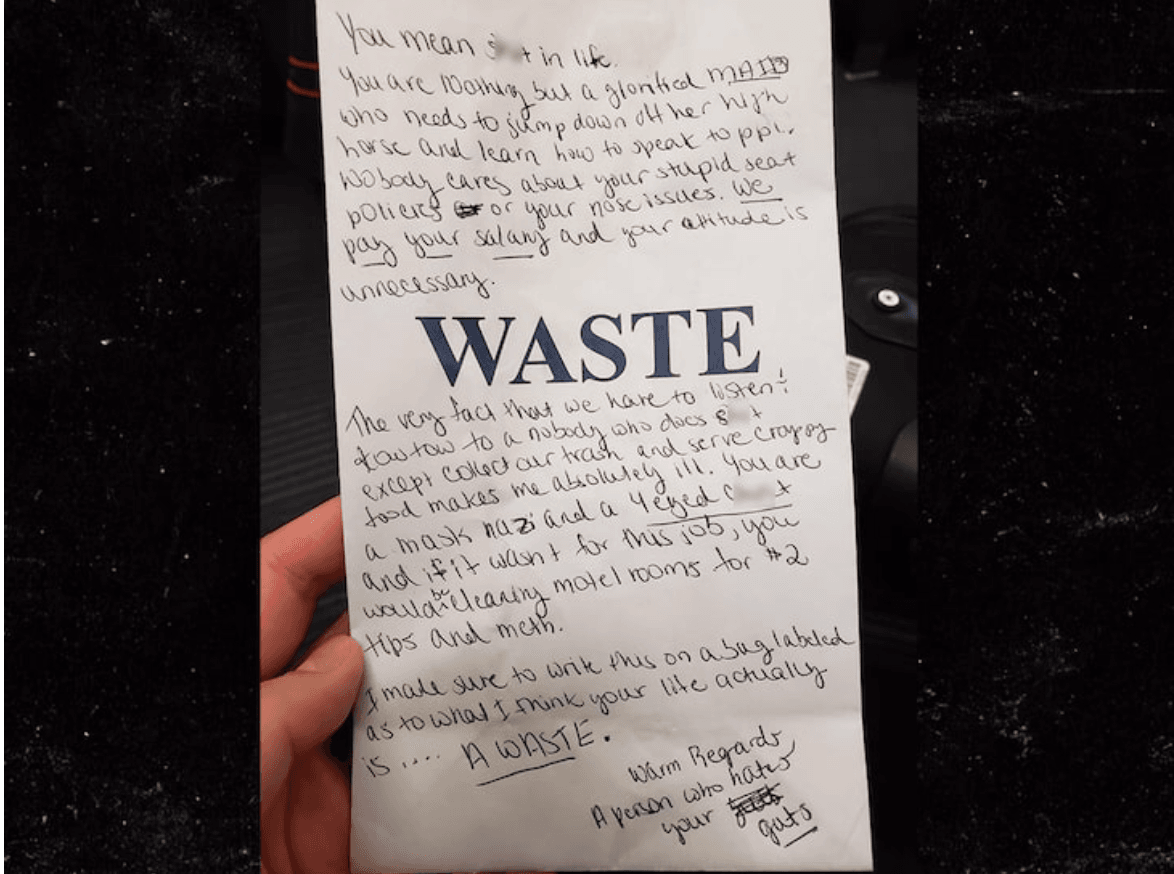 The note read, in part:

You mean shit in life. You are nothing but a glorified MAID who needs to jump down off her high horse and learn how to speak to ppl. Nobody cares about your stupid seat policies or your nose issues. We pay your salary and your attitude is unnecessary. The very fact that we have to listen & kowtow to a nobody who does s**t except collect our trash and serve crappy food makes me absolutely ill. You are a mask nazi and a 4 eyed c**t and if it wasn’t for this job, you would be cleaning motel rooms for $2 tips and meth.