Iran executed a wrestler Saturday it accused of murder, defying international appeals led by U.S. President Donald Trump for the athlete to be spared.

Navid Afkari, 27, was sentenced to death over the murder of a security guard during a wave of anti-government protests that rocked the Islamic republic in 2018, although his supporters around the globe maintain he had been tortured into making a confession.

Human rights organisation Amnesty International described Afkari’s secret hanging in the southern city of Shiraz a “travesty of justice” as it drew protests on the streets of London. 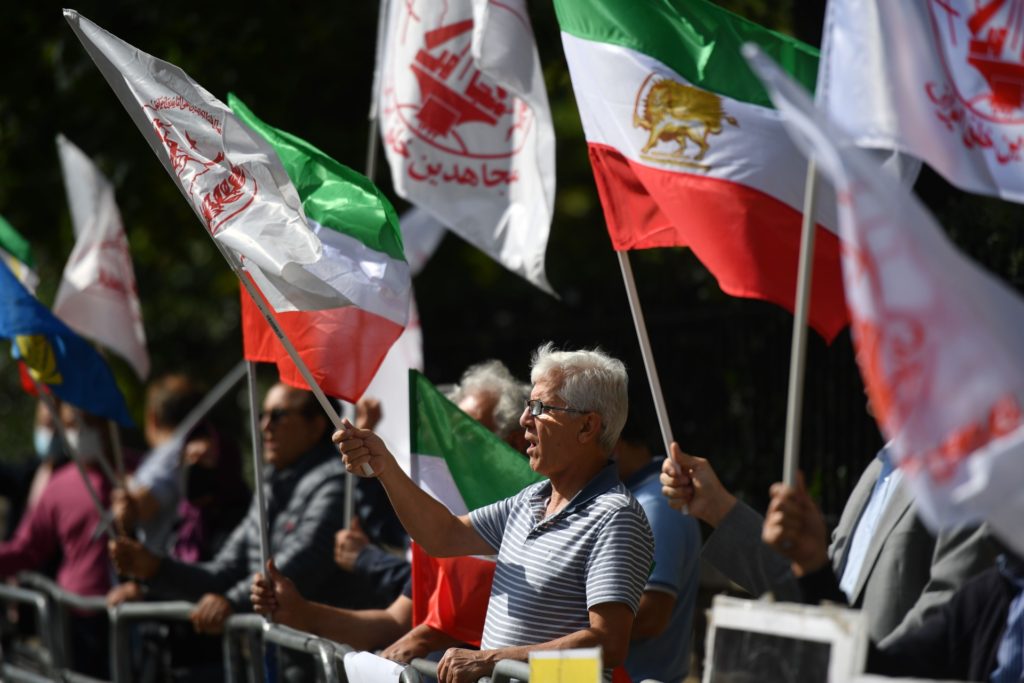 Protesters wave the Lion and Sun flag of the National Council of Resistance of Iran and the white flag of the People’s Mujahedin of Iran, two Iranian opposition groups, as they demonstrate outside the Iranian embassy in London on September 12, 2020 against the execution of Iranian wrestler Navid Afkari and against the Iranian government.( JUSTIN TALLIS/AFP via Getty Images)

The group maintained he was subjected to a “shocking catalogue of human rights violations and crimes, including enforced disappearance; torture and other ill-treatment,” leading to forced “confessions” and denial of access to a lawyer and other fair trial guarantees.

“This young man desperately sought help in court to receive a fair trial and prove his innocence. Leaked voice recordings of him in court expose how his pleas for judges to investigate his torture complaints and bring another detainee who had witnessed his torture to testify were unlawfully and cruelly ignored,” said Diana Eltahawy.

Before his execution, another voice recording from inside prison was released, in which he said: “If I am executed, I want you to know that an innocent person, even though he tried and fought with all his strength to be heard, was executed.”

His lawyer said his client had been prevented from seeing his family before his death, as required under Iranian law. “Were you in such a hurry to carry out the sentence that you deprived Navid of a last visit?” Hassan Younesi said on Twitter.

U.S. President Donald Trump appealed for mercy, saying the wrestler’s “sole act was an anti-government demonstration on the streets.”

Hearing that Iran is looking to execute a great and popular wrestling star, 27-year-old Navid Afkarai, whose sole act was an anti-government demonstration on the streets. They were protesting the “country’s worsening economic situation and inflation”…

There had been many other calls to stop the execution, including from a union representing 85,000 athletes worldwide.

The World Players Association said he had been “unjustly targeted” for taking part in the protests, and called for Iran’s expulsion from world sport if it went ahead with the execution.

The International Olympic Committee (IOC) called his execution “very sad news” and said their thoughts were with his family and friends.

“It is deeply upsetting that the pleas of athletes from around the world and all the behind-the-scenes work of the IOC… did not achieve our goal,” their statement said.