Using a series of posters, a magic marker, a highlighter, and an indeterminate number of Post-it notes, Whitehouse sketched a complicated theory — called “The Scheme” — in which he claimed that “dark money” groups influenced the selection of judges. 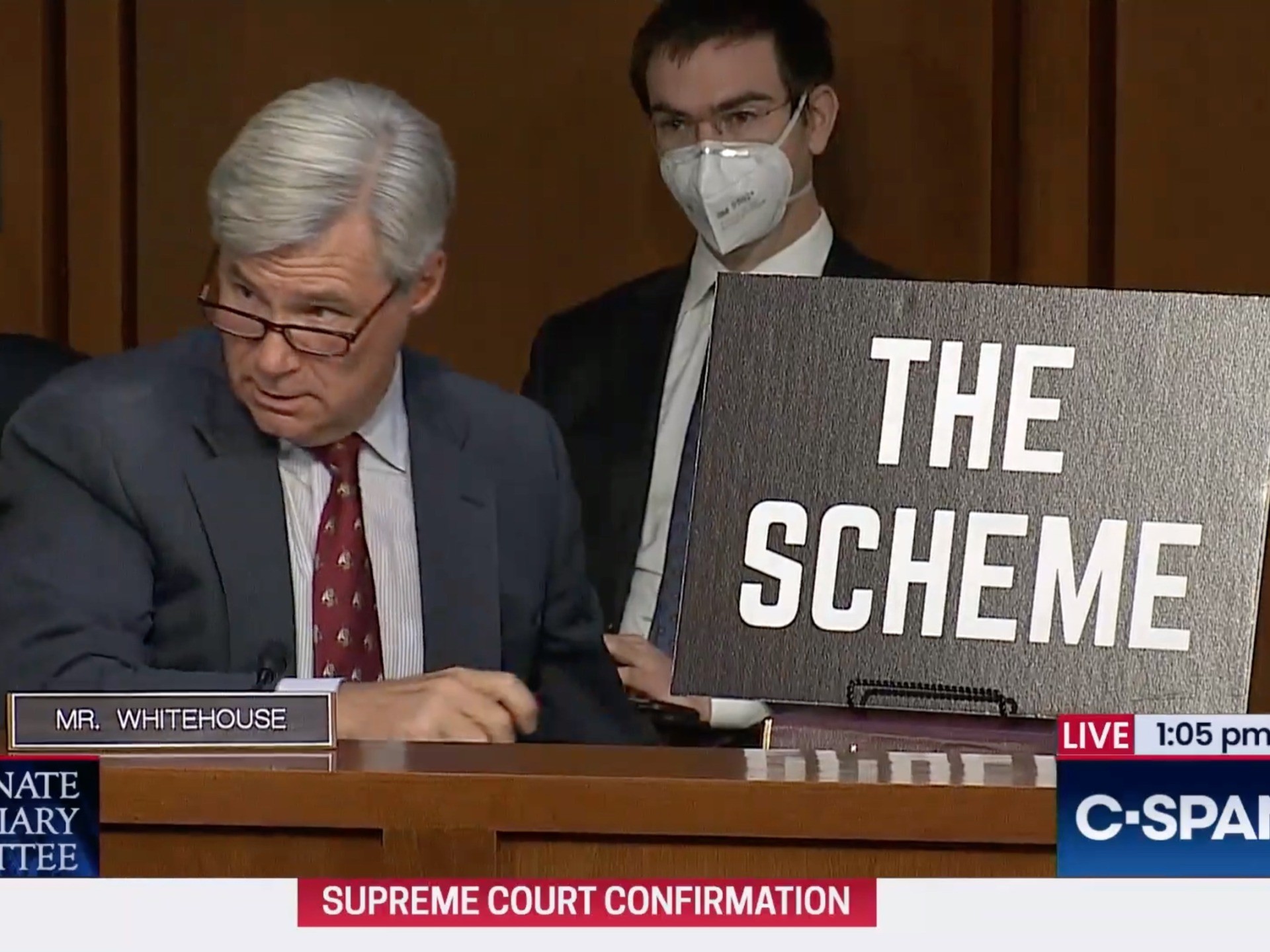 Whitehouse brought in various different groups and individuals, including Leonard Leo of the Federalist Society, a conservative legal group, and Carrie Severino of the Judicial Crisis Network, which advocates for constitutional conservatives on the bench.

Though Whitehouse suggested that he needed to explain his theory to establish a “predicate” for asking Judge Barrett questions, he never asked her any questions.

The irony is that Whitehouse — and the left in general — have a “dark money” problem.

As the Wall Street Journal noted:

Mr. Whitehouse knew that, if he answered questions, he was under legal obligation to tell the truth. House Republicans might have asked him about the dark-money outfit Arabella Advisors. This for-profit entity oversees nonprofits including the Sixteen Thirty Fund and the New Venture Fund, which together reported nearly a billion dollars in revenue in 2017 and 2018.

Arabella affiliate Demand Justice ran a smear campaign against Brett Kavanaugh and is now calling for Democrats to pack the Supreme Court. Demand Justice bills itself as a “project” of the Sixteen Thirty Fund and the New Venture Fund, and in public disclosures it lists the same office address as the two nonprofits.

Mr. Whitehouse’s silence about his own ties to dark-money networks shows his goal isn’t to clean up politics. He wants to silence those who disagree with him. If Mr. Whitehouse holds power in the Senate majority next year, do not expect what Joe Biden says will be a new era of comity and fair play.

Sen. Ted Cruz (R-TX) followed Whitehouse, and pointed out that “dark money” spent on Democrats dwarfed that spent for the benefit of Republicans.