A “party atmosphere” was evident in the line as Trump supporters waited for a MAGA rally in Lansing, Michigan, on Tuesday.

Trump supporters have been lined up for hours ahead of the President’s MAGA event in Lansing, Michigan today!

“It’s somewhat of a party atmosphere out here.” pic.twitter.com/uazWw02n5x

“It’s somewhat of a party atmosphere out here,” Fox 66 reporter Dave Bondy said early this morning, while it was still dark.

He later reported that “several thousand” people turned out to see the president:

Great Lakes News shared this photo with Breitbart News, showing the line of attendees disappearing in the distance amid near-freezing temperatures: 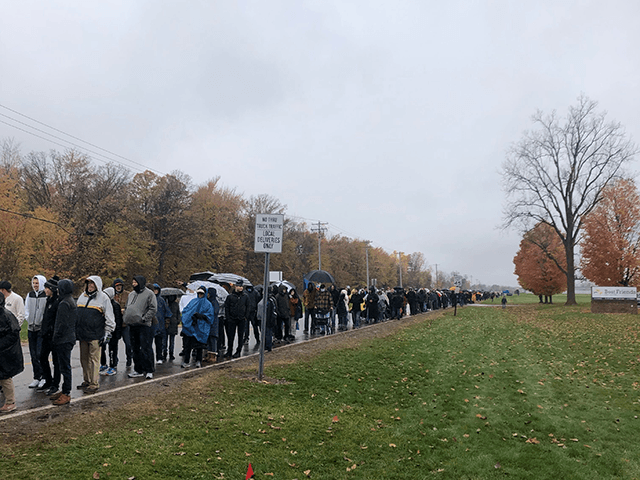 Will Steakin from ABC News showed another example of the huge turnout:

Trump was scheduled to speak at 2:00 p.m. Vice President Mike Pence will appear in Flint on Wednesday.