President Donald Trump’s campaign detailed Wednesday their path to victory in the election as the president clung to slim margins in important swing states.

“If we count all legally cast ballots, we believe the president will win,” Trump campaign manager Bill Stepien said in a phone call with reporters on Wednesday.

The path to victory, Stepien said, included Nevada, where the campaign expected Trump to win by 5,500, would win Arizona by 30,000 votes, and would win Pennsylvania by 40,000.

The campaign said they expected to continue maintaining their lead in Georgia and that the slim margin in Wisconsin put the state within the likelihood of a recount. 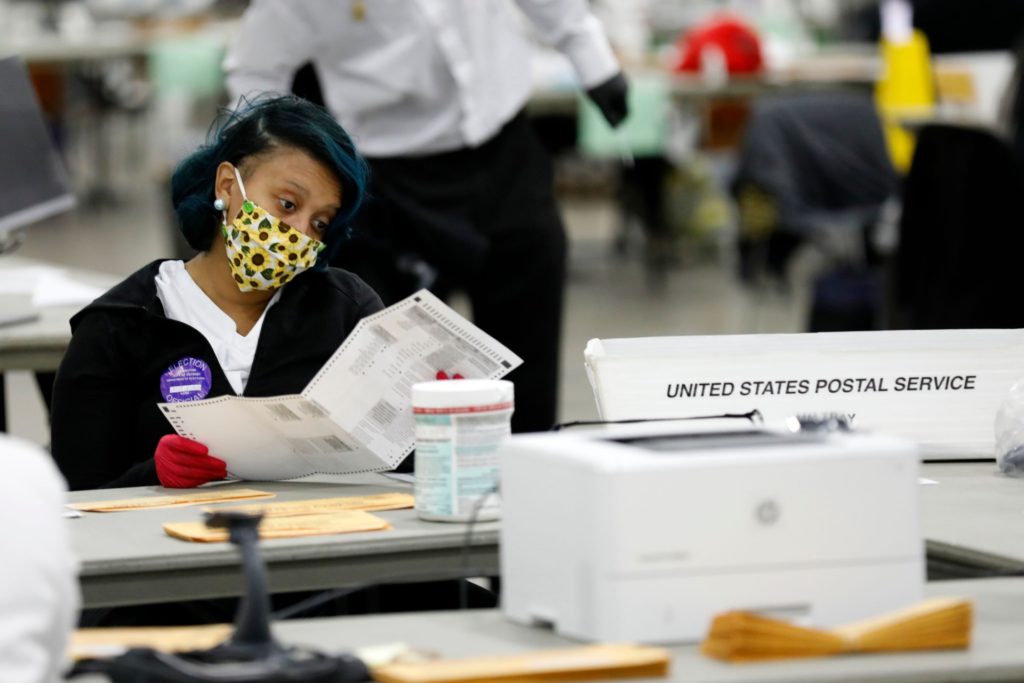 Detroit election workers work on counting absentee ballots for the 2020 general election at TCF Center on November 4, 2020 in Detroit, Michigan.  President Donald Trump and Democratic challenger Joe Biden are battling it out for the White House, with polls closed and the American people waiting for results in key battlegrounds still up for grabs. (JEFF KOWALSKY/AFP via Getty)

Stepien outlined the math in Pennsylvania, noting they predicted Biden would win the remaining ballots to be counted in Philadelphia with a 95/5 percent split. They estimated the rest of the ballots in the state would split 70/30 in Biden’s favor, still putting Trump with a win by 40,000 votes in the commonwealth.

“We know there are a number of pro-Trump, Trump country type counties with a lot of ballots still to be counted,” he said.

He said their election prediction was based on conservative estimates, signaling confidence.