“A record 7.7 million Georgians are registered to vote ahead of the Jan. 5 runoff election,” Abrmas wrote in a tweet to her 1.6 million followers.

A record 7.7 million Georgians are registered to vote ahead of the Jan. 5 runoff election. 🗳

In a statement on the matter, Ufot said:

As Georgians are turning out in record numbers to have their voices heard at the polls, the Secretary of State is resorting to desperate attempts to smear law-abiding organizations and scare eligible Georgians from registering to vote in critical upcoming elections. We will not be deterred.

This attack on our organization comes at a time when people across the country have witnessed the strength of our program and the collective power of a new Georgia electorate that embraces a system of inclusivity and opportunity for all Georgians. The timing is not accidental.

Last week, during an appearance on CNN, Abrams claimed Democrats would win the two U.S. Senate seats up for grab in Georgia.

“Democrats are prepared to win this election,” Abrams told CNN’s Jake Tapper. “This is the first runoff where we have the level of investment and engagement that it takes to win a runoff. We know from the numbers we are in a good place.” 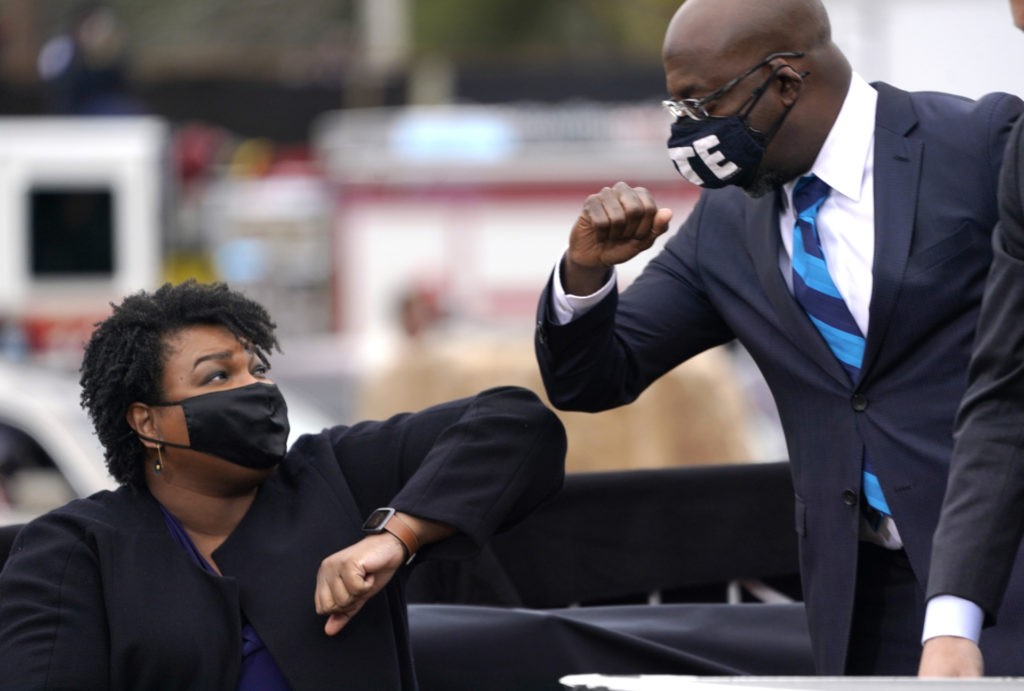 Abrams also noted that “1.2 million absentee ballots have been requested thus far, and just to put that into context, 1.3 million were requested for all of the general election.”

The respective runoff elections between Sen. Kelly Loeffler (R-GA) and Raphael Warnock, and between Sen. David Perdue (R-GA) and his Democrat opponent Jon Ossoff, have been set for January 5 in the Peach State.

Stacey Abrams is confident in the next round of cheat-by-mail. https://t.co/vszdGrDJMT