Vice President-elect Kamala Harris took to live television Tuesday to be injected with the coronavirus vaccine.

Harris rolled up her sleeve and said to the nurse, “Okay let’s do it,” and looked away and adjusted her mask as the vaccine was injected into her upper arm.

After the injection, Harris laughed and said, “That was easy!”

“I just barely felt it,” she continued, as the nurse put a small bandaid on the injection area. 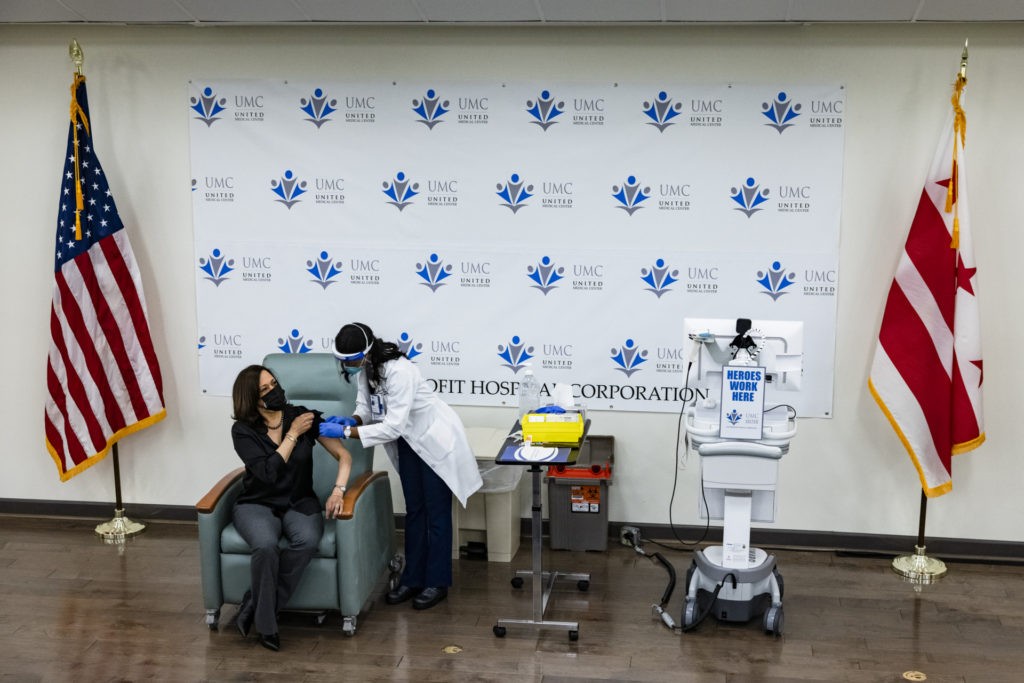 Vice President-elect Kamala Harris is administered the Moderna COVID-19 vaccine by Registered Nurse Patricia Cummings at the United Medical Center in Washington, DC. This is the Vice President-elect’s first of two doses of the Moderna vaccine which was given emergency use authorization by the Food and Drug Administration less than two weeks ago. (Samuel Corum/Getty Images)

Harris received the vaccine at the United Medical Center in Washington, DC.

“I want to encourage everyone to get the vaccine, it is relatively painless, it happens really quickly, it is safe,” Harris said.

She said she received the Moderna vaccine and her husband Doug Emhoff would get the same.

Harris nodded in agreement with a reporter who asked if she wanted to send a message to black Americans to trust the vaccine and get vaccines at trusted hospitals in their communities.

“I want to remind people that they have trusted sources of health and that’s where they will be able to go to get the vaccine,” she said.