Five veterans have died in the last five months. Their deaths were not from exposure to the coronavirus that’s transfixed national attention over the past year. They were from suspected exposure to toxins during their military service.

The first was 31-year-old Air Force Special Operations veteran Luke Page (pictured top). He deployed overseas eight times. After he separated from the Air Force in 2019, he was diagnosed with one of the rarest forms of lymphoma. It had spread throughout his entire system, leaving him covered with tumors from head to toe. Page died on October 27.

He left behind a wife, Haley, and a young son, Branson.

Next was 42-year-old Army and Coast Guard veteran Stephen Shull (pictured below, right).

He had deployed twice to combat zones. After leaving the Army, he became a deputy sheriff pilot with the Sarasota County Sheriff’s Office. In 2016 he was diagnosed with an advanced stage of lung cancer. 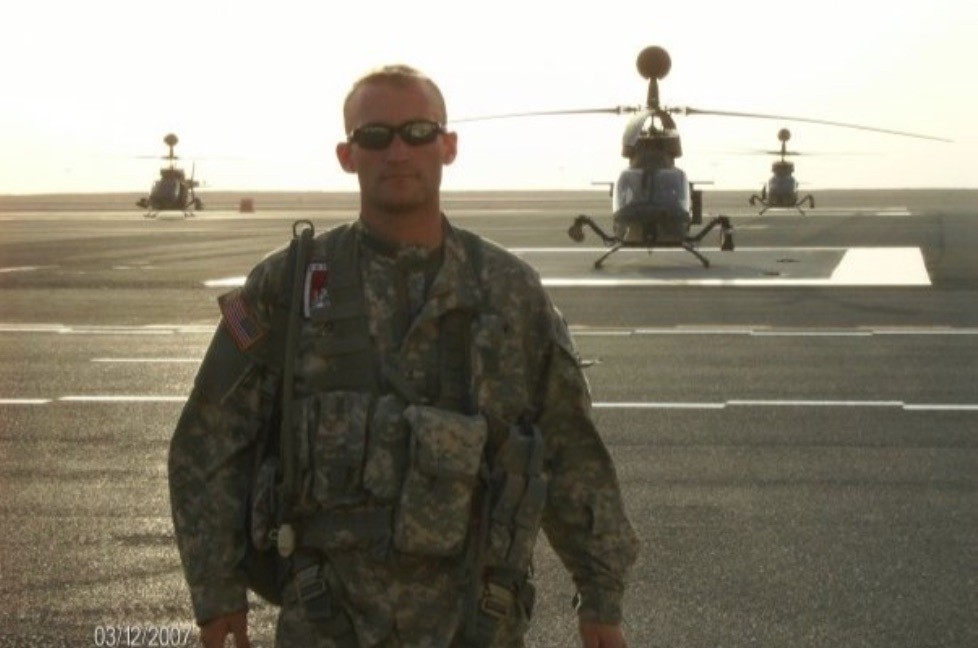 A GoFundMe page set up before he died said: “Stephen and his family have battled this disease through countless trial treatments, chemotherapy, and radiation.

During this time, Stephen maintained a positive attitude and strong determination to beat this horrible disease.” Shull died on November 3. He left behind his wife Katie and four children.

Then came 29-year-old Marine veteran Patrick Duva, a machine gunner who deployed to southern Afghanistan in 2010. He left the Marine Corps in 2013. He came home and told the VA he was having trouble with his vision and headaches.

The VA told him it was PTSD. The symptoms worsened. Three years later, he went in for a vision test. An eye doctor saw spots on his brain and sent him for an immediate MRI. Three weeks later, he was diagnosed in 2018 with late stage brain cancer. He was placed in hospice on September 11, 2020. He died on November 5, 2020. He left behind his longtime girlfriend, who he was due to marry later that month. His fiance Chelsea wrote:

Today-November 20th 2020 should have been the happiest days of our lives. Instead, I sit here dreaming of how perfect our wedding would have been … . I know you are in Heaven smiling down on me, telling me how beautiful I look. I can’t wait until the day we are once reunited. Save me the first dance in Heaven but until then, dance with me in my dreams.

Fourth and youngest was 24-year-old Marine Lance Corporal Andrew Maxey served with the 3-6 Marines at Camp Lejeune. He was diagnosed with lymphoma in November.

He had not yet deployed. Maxey was in prime physical shape, having been a high school baseball star.

His mother said he became ill around Thanksgiving and never made it home for his favorite dish of crawfish pasta. Instead, he shared pizza on his hospital bed with his father, Paul, who said, “One of the last things he did, as he was struggling, was squeeze my hand and say, ‘I’m tough, daddy.'”  Maxey died two days before Christmas on December 23. 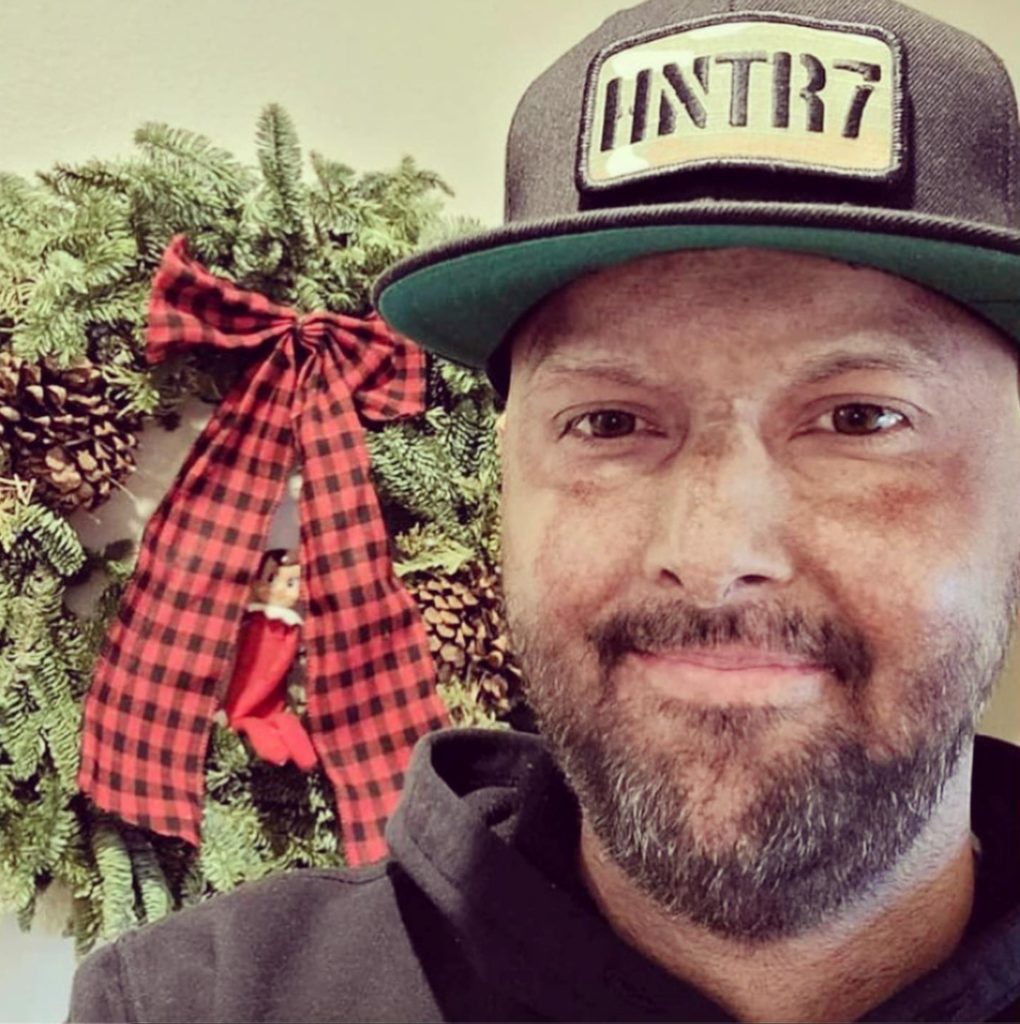 He deployed to Iraq twice and Afghanistan once. In 2013, at 29 years old, was first diagnosed with non-hodgkins lymphoma. He fought it for seven years. Just three weeks ago, he went to the hospital for stomach pain related to coughing from a sinus infection. He told friends he would be out by the end of the week. He passed away January 29, 2021, after a long battle with acute myeloid leukemia. He was 36 years old. He left behind his wife Jess of 10 years and three young children, Oliver, Jack, and Arya.

“I’ve lost about four veterans who I’ve worked very closely with for the past three months,” she said in an interview with Breitbart News in December before Griswold’s passing. “I think to myself, why do I do this everyday, because it’s taxing emotionally. But, you know, we try to do our best.”

For the last five years, it has been her life’s mission to save as many fellow veterans as she can from succumbing to military toxic exposure — the exposure to toxic chemicals and substances that may later lead to cancers, illnesses, and other fatal conditions.

Poisson’s journey began after she was medically discharged from the Army in 2017 and wanted to continue serving by becoming a nurse. One day, while she was going through nursing school, her fiance Kyle Simoni, a fellow Army veteran, told her that a lot of his friends from Iraq have died.

At first she assumed he meant from combat, but he told her, “No, they died when they came home.” She then assumed he meant from suicide or drugs. He then told her it was from cancers and respiratory failures. “I was like, ‘What?’ It didn’t click with me, even with my medical background,” she said.

He told her about his sergeant major, Army Sgt. Maj. Robert J. Bowman, who deployed to Iraq twice and had died at 44 years old from cholangiocarcinoma — a rare form of bile duct cancer, as well another four from his platoon. It didn’t make sense to her, so she started doing some online research.

“I Googled his sergeant major’s name and all his friends and sure enough, they died from leukemia, lymphoma, acute respiratory failure, rare cancers at young ages,” she said.

She also discovered that at least 15 others from the same platoon also suffered from a wide-ranging rash of symptoms, including sleep apnea, Crohn’s disease, tumors, and others.

Poisson convinced her instructors to let her take on the research as part of an honors class, despite just being an undergraduate. That research was the starting point for what would later become a non-profit researching military toxic exposure and aimed at educating and helping veterans and health care providers catch symptoms before they turned fatal.

Poisson said when a young man walks into the hospital with a persistent cough and chest pain, a non-veteran health care provider might give him an antibiotic and send him home, and not even think of screening him for tuberculosis or cancer.

“When your doctor says, ‘There’s nothing wrong, it’s just your PTSD,’ you believe them, even if the symptoms are still there because you trust them — they’re your provider,” she said. “People are being misdiagnosed or their diagnosis is prolonged, so they go from Stage 1 or Stage 2 cancer to three and four, and by then, it’s almost too late.”

That’s what happened to Army Special Forces Staff Sgt. Ron Shurer — a Medal of Honor recipient. He survived a deadly ambush in Afghanistan in 2008 only to succumb to stage 4 lung cancer in 2020. He died at 41 years old, leaving behind his wife Miranda and two young sons.

He had been misdiagnosed for three years, even while he was working with the Secret Service at the White House.

“Think about that. They said it was just bone pain, osteoarthritis from jumping out of planes,” Poisson said. 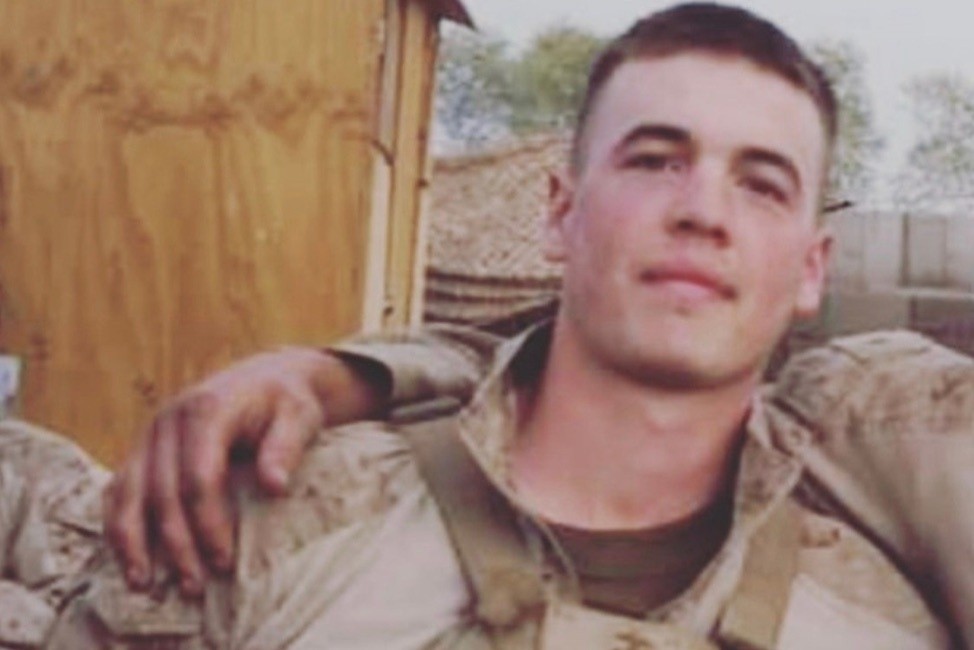 Hunter Seven’s first big research project was on toxic exposures linked to the Iraq War. They created a database of veterans and compared timelines of troop deployments with health issues. They found a correlation between veterans who were exposed to toxins — dust, chemicals, burn pits — during the war, and significant decreases in their health and increases in chronic illnesses.

That research resonated with veterans like former Army Capt. Jason Piccolo, who deployed to Iraq and has suffered aftereffects from toxic exposure.

“Thousands of military members, civilians, and contractors have been exposed to potentially deadly toxins emitting from the numerous open air burn pits in Iraq, myself including,” he told Breitbart News.

“It’s absolutely imperative that we document exposures to determine a commonality in our health degeneration,” he said. “We need to put together the puzzle, find out what is killing so many of those exposed. Not 30 years after the fact, like with Agent Orange — but now, before we lose thousands upon thousands.”

With the help of Black Rifle Coffee and Noveske Rifleworks, HunterSeven is now putting together a database on Afghanistan, which they should finish hopefully by late spring. They received more than 3,000 responses from veterans.

Upon returning home, I coughed blood for a day or two and had severe abdominal pain that would drop me to my knees. It was hard to eat food because most of the time I would vomit afterwards. My chain of command didn’t care but sent me to the DOD for a physical, where I was first diagnosed with IBS and gerd. My chain of command still didn’t care and didn’t assist me in getting further help in any way. I became non-promotable because I could no longer pass a PT test because of throwing up blood.

HunterSeven has also created a software program for healthcare professionals who do not have experience with military-related healthcare issues, to help them screen veterans for symptoms, since most Iraq or Afghanistan War veterans go to civilian healthcare providers.

“You look at somebody who’s an otherwise healthy — 24, 29-year-old, 34-year-old, physically fit — you don’t expect them to have early stage cancers,” Poisson said. “We can’t prevent your exposures but we can identify them sooner rather than later.”

The group also helps veterans find health care and appropriate treatment, usually after failing to get treatment at the VA. That happened to Luke Page, the 31-year-old Air Force special operations veteran who died just two months ago, on Poisson’s mother’s birthday.

“He was being kind of screwed around by the VA. So we coordinated care through his senator, Marco Rubio, and we got him taken care of at the Mayo Clinic. And he was doing good for awhile,” she said. “The VA waits until you have a diagnosis, but a lot of these guys go without a diagnosis for such a long period of time.”

Poisson said HunterSeven is not looking to cast blame on the VA or anyone, but fix problems. 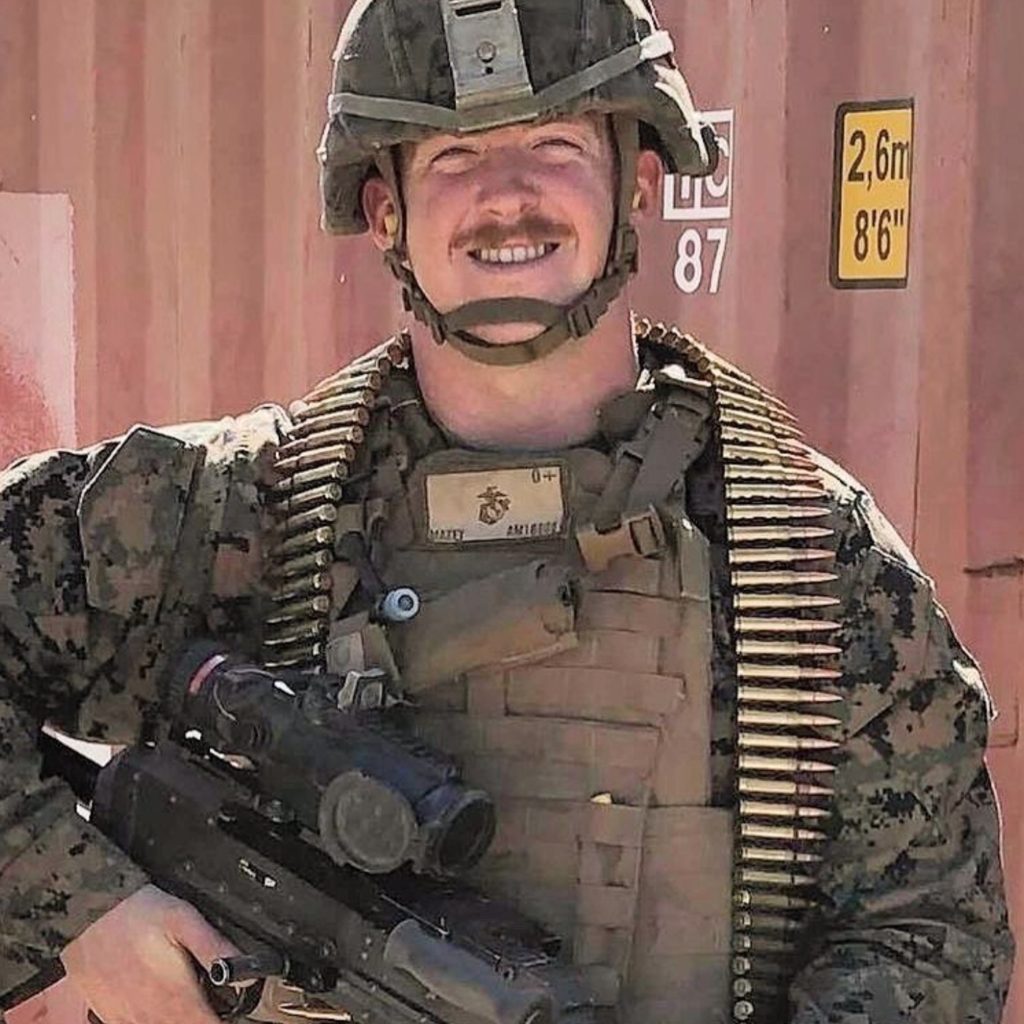 “We’re not trying to blame anybody. We’re just trying to put a positive light, raise awareness, educate providers, and really get veterans on board with this — like, ‘Hey listen, you might have been exposed. We can’t change that. But let’s work together and find a way we can prevent anything [worse] from happening,'” she said.

And unlike other veterans groups working with Congress, Poisson said their focus is not on compensation, but on preventative care.

“I’m a disabled veteran, I get it. But compensation pension isn’t going to save your life. So our whole thing is preventative — to save lives,” Poisson said.

For example, HunterSeven is working on getting a law passed that would require a civilian healthcare provider to ask a patient whether they have served in the military.

“It’ll save thousands of lives, I can promise you that,” Poisson said.

It’s also their way of looking out for their fellow veterans.

“It’s our way of giving back. Just because we are out of the military doesn’t mean we’re done serving. These are still people that we love and care about, so it’s how we do it,” she said.