President Joe Biden is enjoying the perks that come with the presidency, spending a weekend at Camp David while senators debated impeachment.

The president even found time to play a round of Mario Kart with his granddaughter Naomi Biden, who posted a photo of the president on Instagram.

“Secret service made an exception and let him drive himself!!!!” Naomi Biden wrote. “A little rusty but he still won (barely): 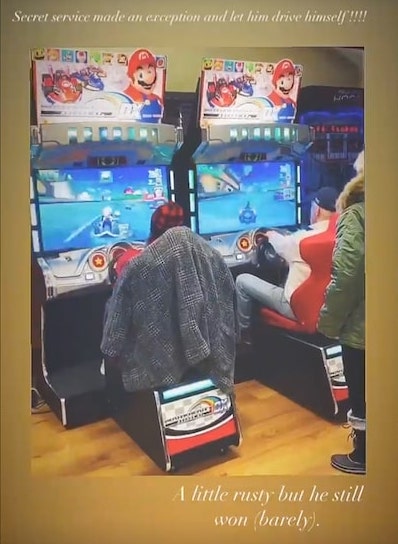 The arcade game is presumably in the bowling alley of the presidential retreat in the mountains of Maryland.

Biden left Friday for Camp David, telling reporters he planned to spend Valentine’s Day weekend to “just hang out with the family and do what we always do.”

The family also posted a picture of a gift of a hat for Biden since he is “‘literally’ President”:

And just to make sure the job title doesn’t get to his head… pic.twitter.com/uzafnSSWaH

The president plans to return to the White House Monday afternoon.

Biden also left the White House the previous weekend, returning to his home in Delaware with his family.