Harris first welcomed Suga to the United States prior to their meeting in her office in the Executive Office Building across the street from the White House.

“It is now my great pleasure to welcome the prime minister of Japan and to thank him for this visit, which is the first visit to the United States of a world leader since we came in office,” Harris said.

She reminded Suga she hails from California, where there is “a very strong and vibrant Japanese American community.”

Suga thanked Harris for the meeting.

“I’m also very delighted to have the opportunity to meet with you, Vice President Harris, face to face today and have a wonderful conversation,” he said. “So I very much look forward to it.”

The pair of leaders was later spotted on the balcony of the vice president’s office looking at the White House.

After the meeting, Suga traveled to the West Wing to visit President Joe Biden. He was greeted by the White House chief of protocol.

The timeline for the foreign visit was sharply different during former President Donald Trump’s administration.

Trump stood at the doors of the West Wing as Prime Minister Abe Shinzo visited the White House in 2017 and greeted him with a warm embrace: 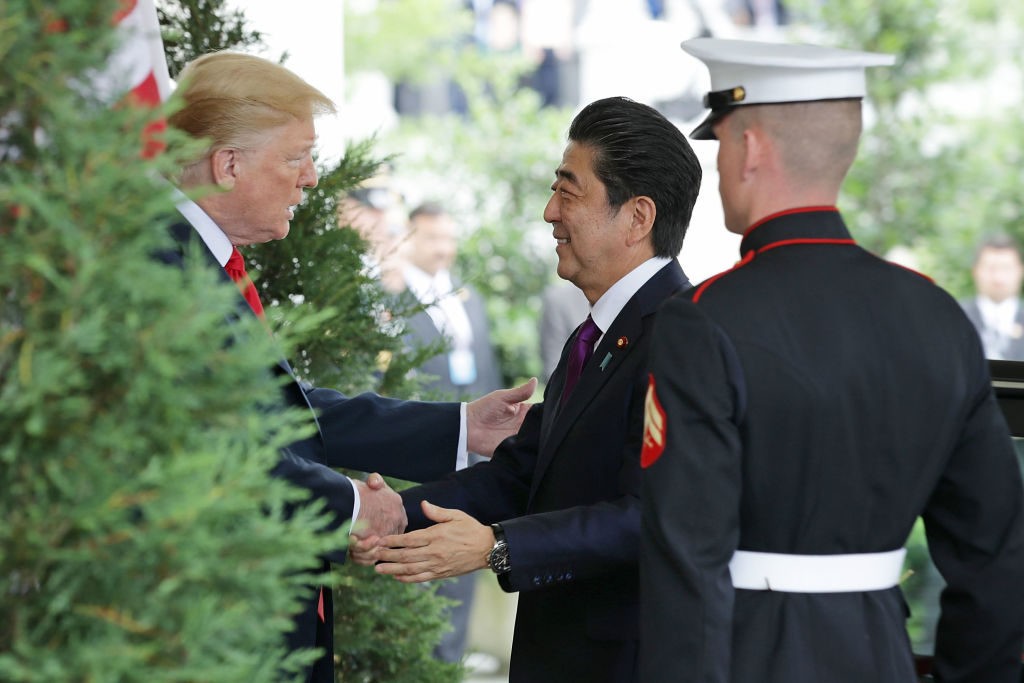