While President Biden and Vice President Harris refuse to visit the southern border or call the situation a crisis, the cartels and human traffickers play us like a fiddle. I do not say this statement lightly; I say it because I witnessed this fact on my trip to the border just last week.

As a member of the House Committee on Oversight and Reform, I had the opportunity of traveling to El Paso, Texas, and Santa Theresa, New Mexico, to tour the humanitarian and political crisis the administration created at our border. You see, it is easy for political talking heads on both sides of the aisle to defend or critique the crisis on the border from Washington, D.C., or their echo chambers on cable news, but it is a whole new reality on the ground.

As I traveled on the César Chávez Border Highway in El Paso, I instantly realized the importance of the border wall, which is the only thing separating the United States and Mexico. While this wall is vital in keeping the people of El Paso safe, there are still areas on our southern border that are bare from this security. Less than two hours west of El Paso in Columbus, New Mexico, lies millions of dollars of wall materials that are rusting because of the Biden administrations’ purposeful lackadaisical immigration policies, such as pausing border wall construction.

The Oversight Committee started its day touring Border Patrol Station 1/El Paso Processing Center, where I had the pleasure of meeting Border Patrol leaders on the ground. These officers go to work every day to manage a near-impossible task, one that they did not create, the influx of migrant children and families flooding our borders. These selfless individuals taught me that the cartels lead the way for these migrants to come to the border, all while profiting millions of dollars. The media and Democratic Party falsely say that these migrant children are taking a long and dangerous trip to America alone and without supervision. Often, this is not the case. Unfortunately, the care they are receiving on this long and perilous journey is that of the drug cartels that own the trail to America. Border Patrol agents notified me that many of these children arrived at the southern border with all the paperwork needed and essentially gave themselves up to agents because they and the cartels know that in Biden’s America all children are welcome. Democrats like to look at the “root of the problem” when addressing this crisis; well, I have news for them, look in the mirror. 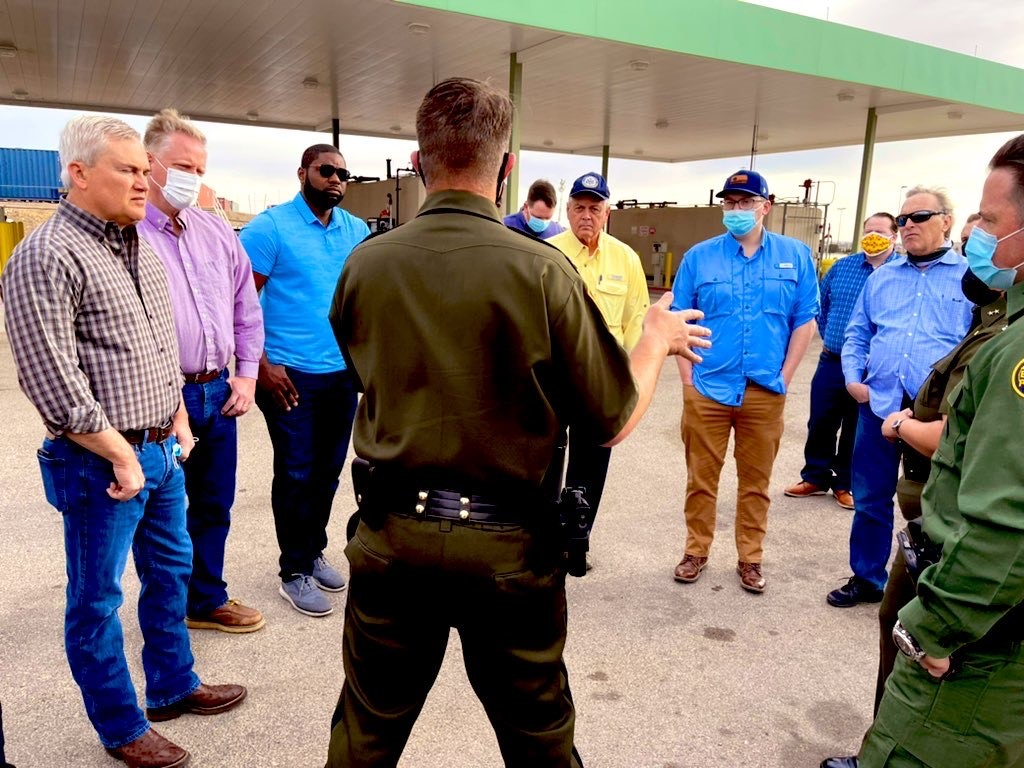 Rep. Byron Donalds (R-FL), third from the left, and other members of the House Committee on Oversight and Reform speak with Border Patrol officials at a processing center in El Paso, Texas. (Photo courtesy of Rep. Byron Donalds) 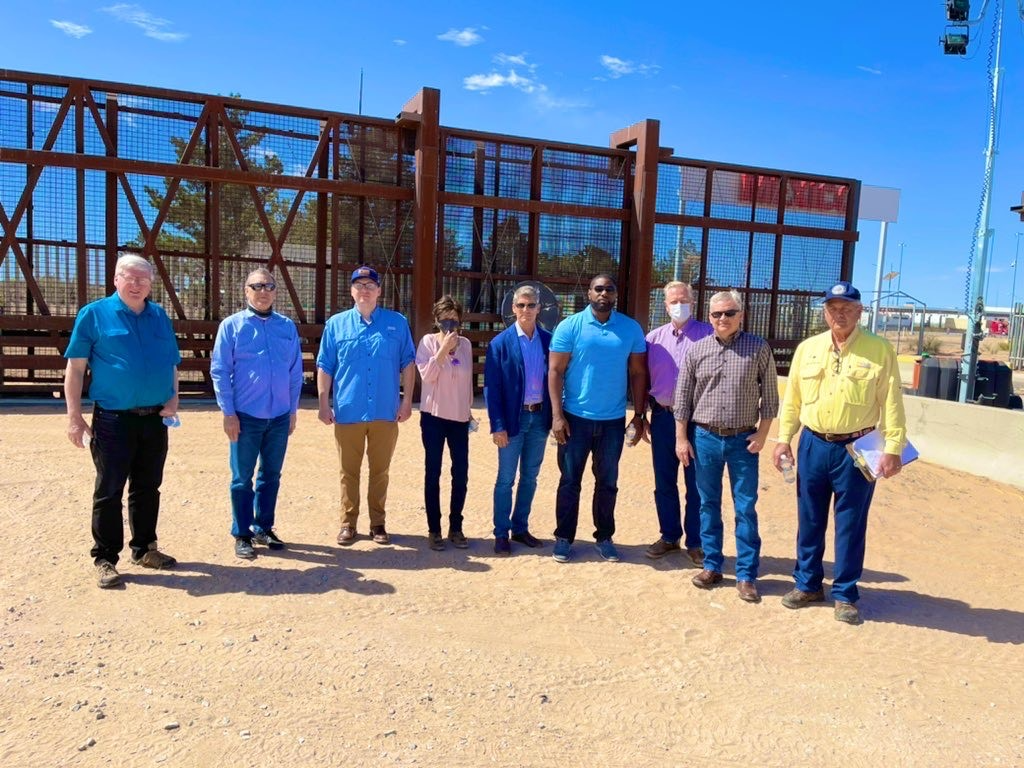 Members of the House Committee on Oversight and Reform outside a Border Patrol facility in El Paso, Texas. (Photo courtesy of Rep. Byron Donalds)

While inside the El Paso Processing Center, I witnessed a young boy crying to his mother on the phone; an agent notified me that his mother was already illegally in the U.S. and that this young boy would soon get released to his aunt in California. This facility is supposed to hold unaccompanied children and family units for no more than 72 hours; due to the massive logjam created by the surge, many migrants are staying upwards of 300 hours. Another troubling reality on the border is the recurring trend of adult migrants who fraudulently pose as children to evade immigration enforcement. Since October 2020, more than 180 migrants have attempted to pose as minors, hampering the resources of Border Patrol agents and putting the children in danger. This troubling trend shines a light on an ever-growing problem of international migrants taking advantage of America’s stupid and dangerous immigration policies.

As I began to leave the facility and enter the parking lot, I witnessed another alarming trend: this administration’s policy of spreading the problem throughout the United States. When I entered the parking lot, I saw a group of minor girls boarding a charter bus that I later learned was heading to an HHS facility in San Diego, California, more than 700 miles away from El Paso. After visiting the border, I have realized this administration’s immigration policy spread the problem around the country and make the processing facilities look virtually empty. My prediction is that once Biden and Harris finally visit the border, they will deceive the American people by visiting a vacant facility and painting the false picture that the crisis is nonexistent. Meanwhile, the real problem is getting exported to a city near you.

After the Border Patrol facility, my colleagues and I traveled to the Santa Teresa Port of Entry in New Mexico. Throughout this tour, Port leadership informed us that the cartel’s influence below the U.S. border extends not only to people but to commerce as well. The cartels that are transferring children, drugs, and weapons throughout Latin America also profited from trade coming into America. The untold truth about the cartel is that they dominate every square inch south of the U.S. border, and they are taking advantage of the Biden administration’s weakness.

Lastly, before heading back to Washington, I took a detour to Fort Bliss, where HHS is holding more than 2,000 minors in facilities that the media have yet to gain access for the American people to see. After receiving a tour of this facility, I now understand why Secretary Mayorkas and President Biden are barring the American people from seeing the reality of the conditions. On the grounds of a United States military base, we have rows of white tents the size of football fields housing thousands of migrant children until a social worker finds these children a place to stay permanently in America. What is even more troubling are the tents dedicated to housing children positive with COVID-19, scabies, lice, and numerous other contagious diseases. The gentleman who walked me through the facility compared these tents to those used in Africa during the Ebola outbreak. This facility is only one of many being erected in the other areas of the country. 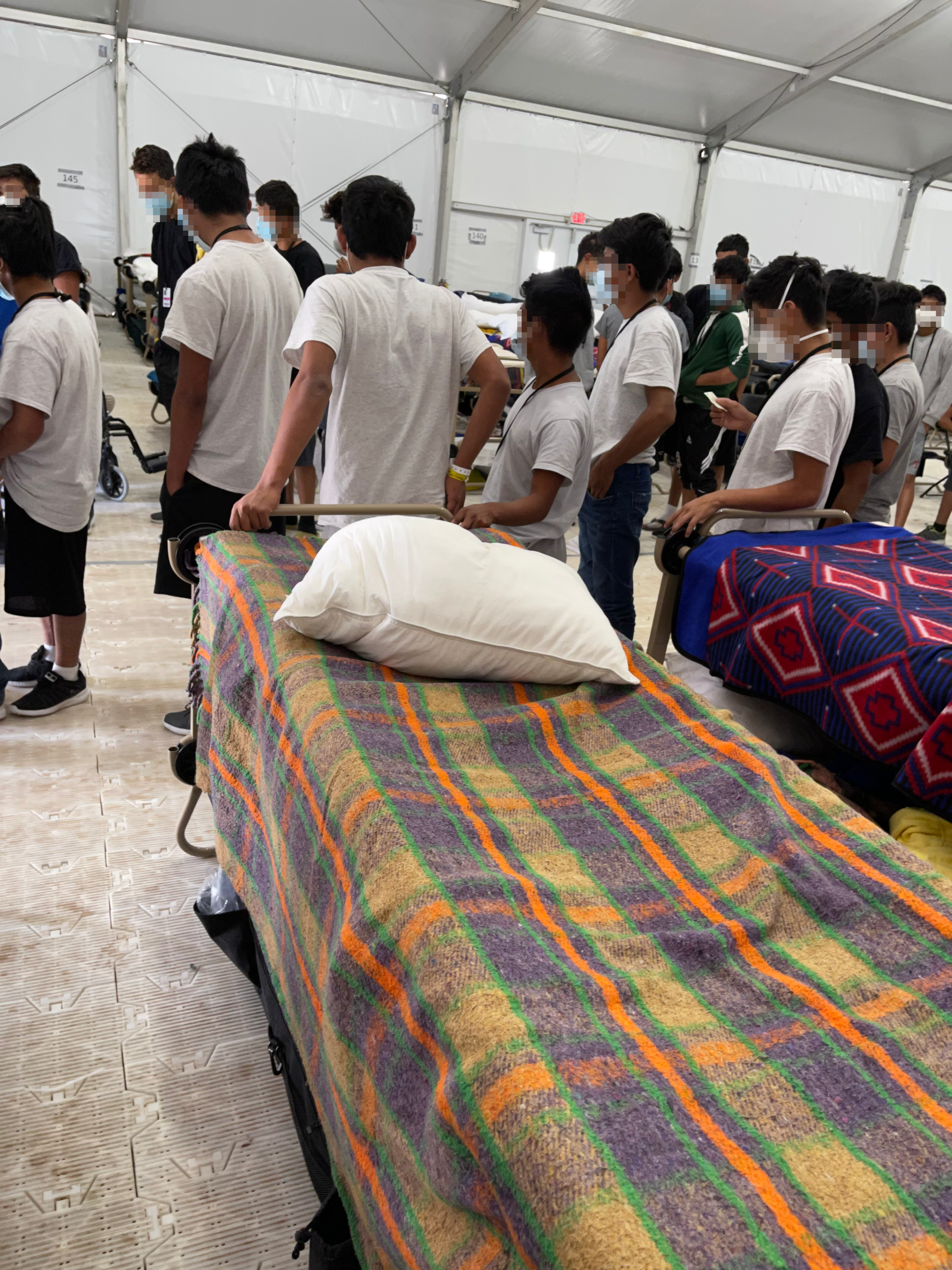 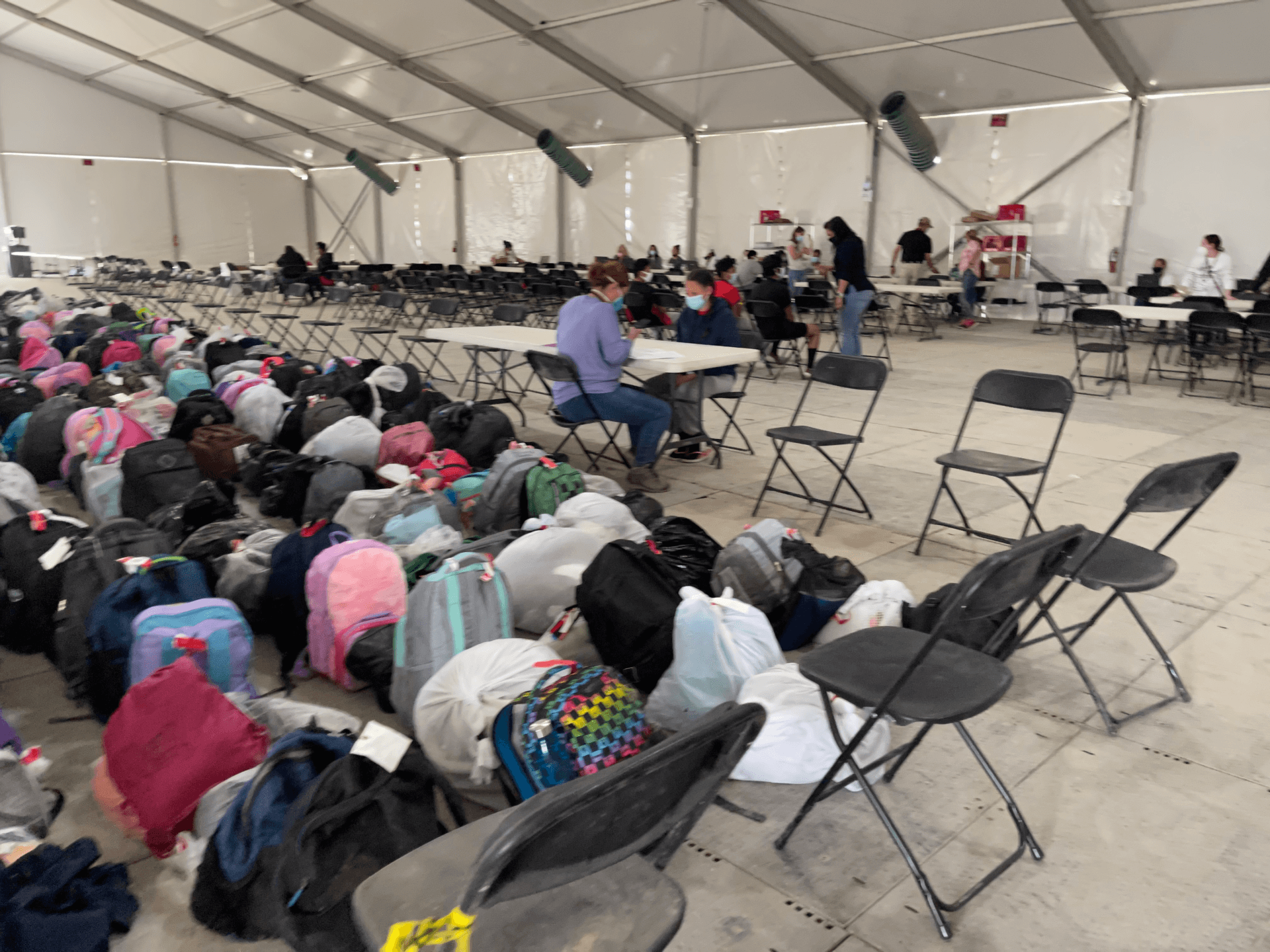 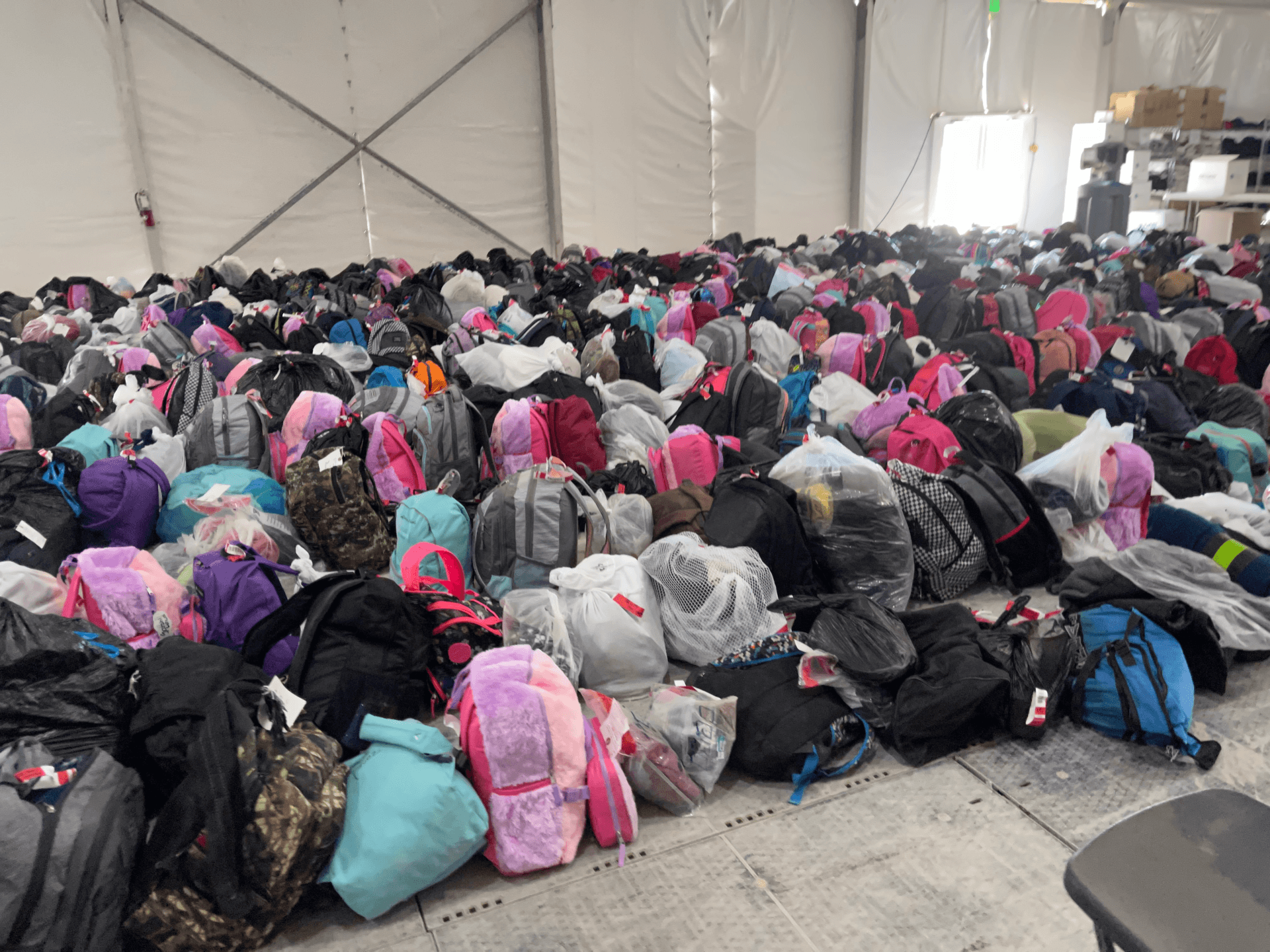 On my plane ride home and throughout my trip, I became increasingly frustrated, knowing this crisis was avoidable if only this administration did not play politics with America’s immigration policies. Under the Trump administration, ICE, Border Patrol agents, and local leaders on the border were supported from the top down. Those below the southern border knew America was not open for business, and with cooperation from the Mexican government, illegal migrant crossings drastically declined.

Since day one of the Biden administration, the president and his staff have laid out the welcome mat for unlawful immigration. Look no further than the Biden-Harris shirts worn by those arriving at the border. This crisis is Biden-made and American taxpayer paid. We need to get smart now.

Rep. Byron Donalds proudly represents the people of Florida’s 19th congressional district in the U.S. House and serves on the @housebudgetGOP, @GOPoversight, and @HSBCgop committees.