“He said he was committed to making those statements publicly,” Rep. Darren Soto (D-FL) told Politico, detailing the meeting.

Biden met with the Congressional Hispanic Caucus on Tuesday at the White House.

Soto said Biden would include rhetoric supporting the idea in his address to Congress later this month. 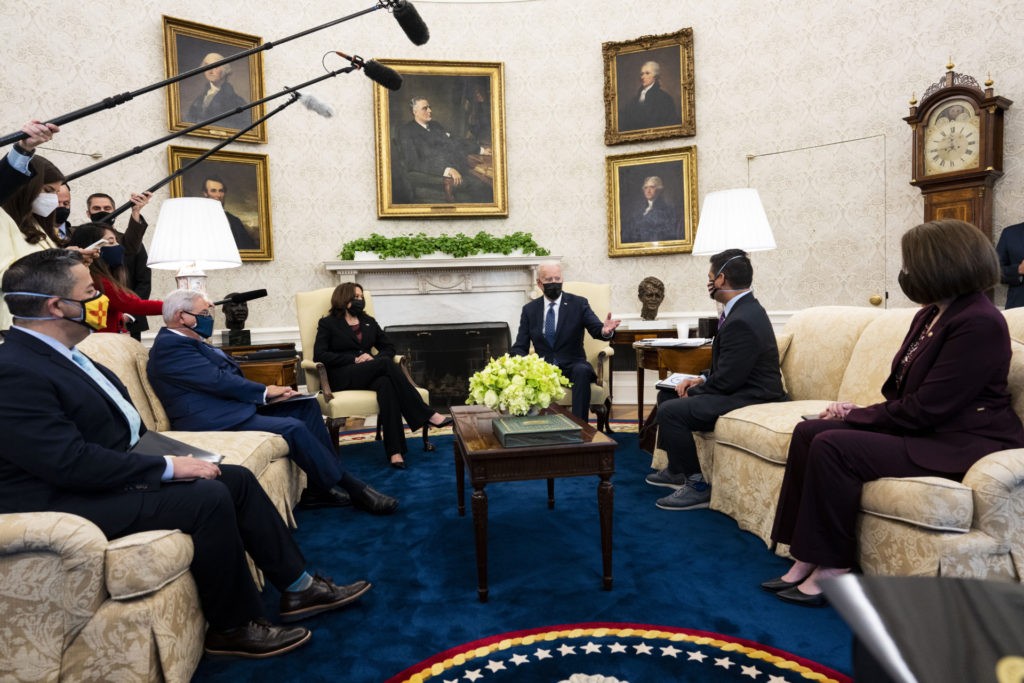 The White House said in a readout of the meeting Biden discussed “immigration reform and a humanitarian response at the border.”

Any budget reconciliation bill would have to win approval from the Senate parliamentarian, which might be difficult.