Department of Homeland Security (DHS) Secretary Alejandro Mayorkas has deployed a mobile app for foreign nationals looking to arrive at the United States-Mexico border, to more quickly have them released into the U.S. interior.

A report by the Los Angeles Times on Friday reveals that President Joe Biden’s administration is using a mobile app, called CBP One, that allows foreign nationals working with non-governmental organizations (NGOs) in Mexico and Central America to send their information to DHS so the agency can determine whether they are eligible for release into the U.S. interior while awaiting an immigration hearing.

Specifically, the mobile app is being used to help release into the U.S. migrants enrolled in the now-defunct “Remain in Mexico” program, along with those seeking exemptions from the Centers for Disease Control’s (CDC) Title 42 authority whereby federal immigration officials can return border crossers to protect public health.

With CBP One, organizations such as the United Nations refugee agency send to CBP photographs of asylum seekers they’ve identified, and the app uses facial recognition to compare those pictures to those in the existing gallery.

The app then sends a response back indicating whether the person’s case is active and how long they’ve been waiting. If the app shows the case is open, an organization can arrange for the asylum seeker to get a COVID-19 screening, travel to a port of entry and obtain permission from CBP to enter.

A screenshot of the mobile app via DHS, published in the Times, shows how the process works for foreign nationals seeking release into the U.S. interior. 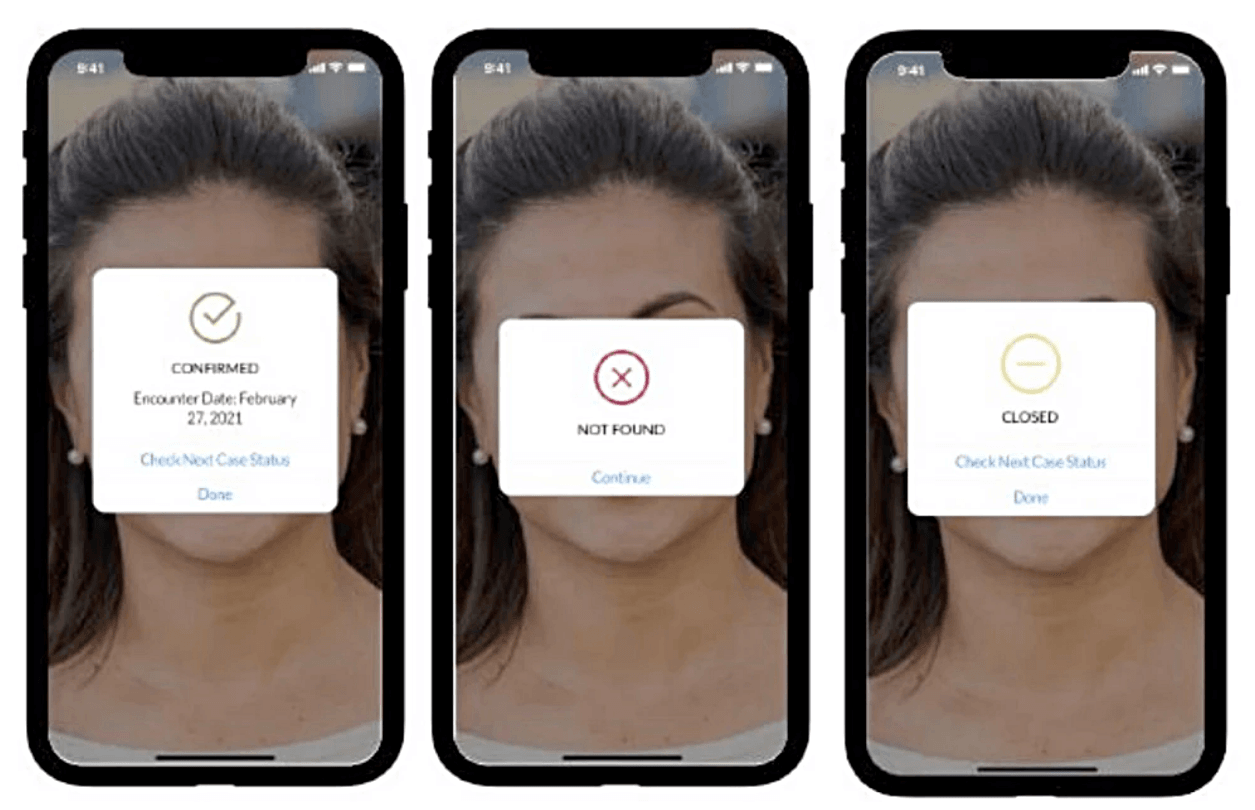 (Screenshot via the Los Angeles Times)

Mayorkas has DHS working closely with NGOs tied to the United Nations (UN) to identify foreign nationals in Mexico and Central America who are eligible for release into the U.S. interior.

Breitbart News has previously reported on the UN’s role in bringing foreign nationals to the U.S.-Mexico border for release. Some of the NGOs involved include the International Rescue Committee and the Hebrew Immigrant Aid Society (HIAS), which also resettles refugees in the U.S. with taxpayer funds.

As noted, DHS secured emergency use of the mobile app last month from the Office of Management and Budget (OMB) without having to go through standard public comment procedures that are typically required.

This month, Mayorkas officially ended the Remain in Mexico program, which had drastically cut asylum fraud and effectively helped end the process of Catch and Release whereby border crossers are released into the U.S. interior.

From February 19 to May 25, DHS released about 11,200 migrants enrolled in Remain in Mexico into the U.S. interior with more expected to be released this month. Most of these releases are being facilitated by the CBP One mobile app, the Times reports.

The Biden administration is busing and flying border crossers into U.S. cities via Greyhound bus transportation and domestic commercial flights.

From February 19 to April 22, as Breitbart News reported last month, the Biden administration had flown about 7,200 border crossers into the U.S. interior on domestic commercial flights. Border crossers are allowed to bypass photo identification requirements, boarding flights without a photo ID, and do not have to prove they are negative for the Chinese coronavirus.

In one recent case, 15 single adult male border crossers were apprehended crossing the southern border, sent to a DHS facility, and then bused or put on domestic commercial flights to various U.S. cities.