A poll on global leadership shows German Chancellor Angela Merkel as the leader most trusted to lead the world over President Joe Biden.

A Pew Research survey reported 77 percent of those polled across 16 countries express confidence in Merkel’s international leadership. Biden came in second with 74 percent and 63 percent placed their trust in French President Emmanuel Macron. 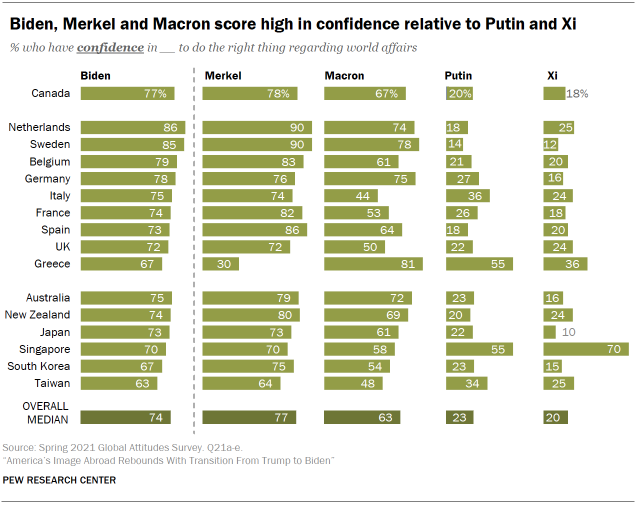 While Biden’s approval is high in countries like Sweden, France, and Spain, Merkel’s approval is even higher. However, Biden enjoys a two-point higher approval rating in Merkel’s Germany. Both leaders are tied for approval in the United Kingdom.

Biden is far more popular in Europe than former President Donald Trump, as the overwhelming majority of those polled in foreign countries find him to be qualified to be the president of the United States. 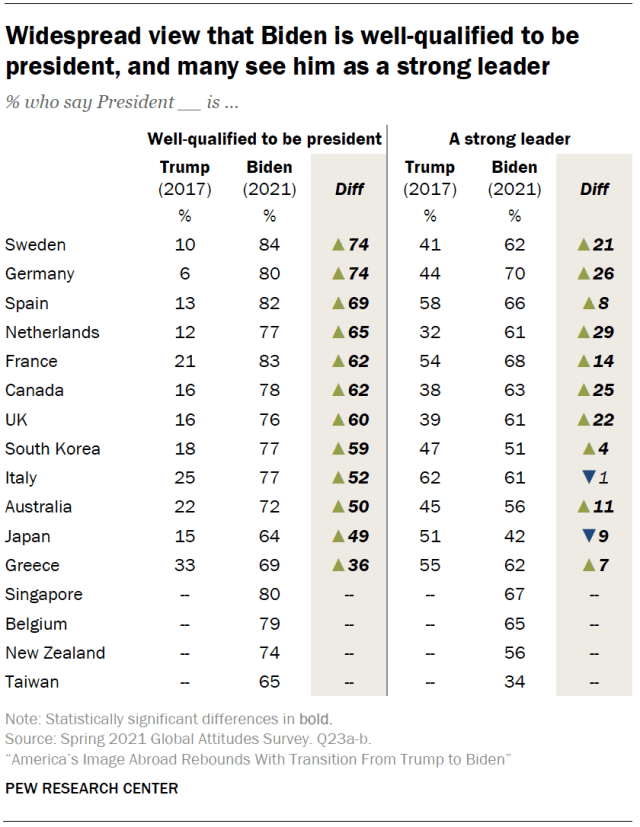 A wide majority of Europeans found Trump to be arrogant or dangerous, while less than 20 percent believe the same about Biden. 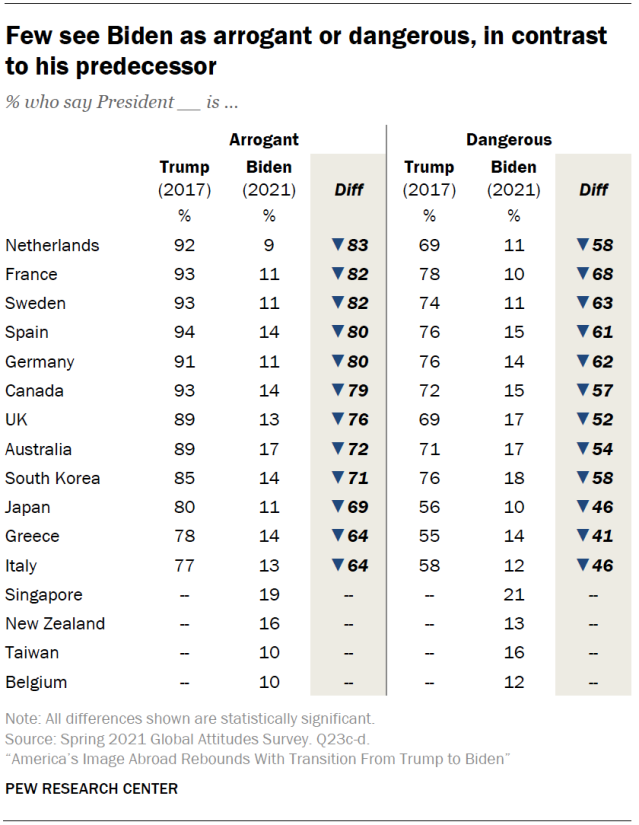